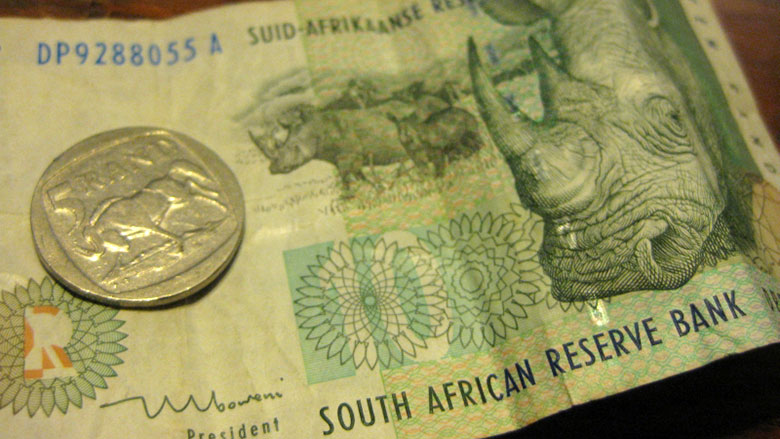 PRETORIA, August 17, 2016 – A downgrade of sovereign credit ratings to sub-investment or 'junk' status has a negative effect on public borrowing costs, according to a recently released World Bank discussion paper co-authored with the South Africa Reserve Bank.

“In an environment of low global growth, many countries are haunted by potential downgrades of their sovereign credit rating due to rising public debt,” said Guangzhe Chen, World Bank Country Director for South Africa. “This evidence based analysis is intended to enhance debate and help policy makers get closer to finding solutions to managing a matter that reflects changes in a country’s risk profile and can cause considerable shifts in investor exposure, and thus raise financing costs.”

Following the global financial crisis of 2008, global growth fell from an average 4.5% between 2000 and 2007 to 3.2% between 2008 and 2015. This, combined with a sharp drop in commodity prices, plummeting of the oil price in late 2014 and countercyclical fiscal policies, contributed to deteriorating public finances in many countries across the globe.

This study found that as public debt burdens rose, credit ratings deteriorated and a number of countries saw their debt downgraded from investment grade to ‘junk’ status. Public debt in gross terms rose from 78% of gross domestic product (GDP) in 2008 to 105% in 2015 in advanced economies, and, from 37% to 47% in emerging and developing countries.

Focusing specifically on the effect that the downgrade to ‘junk’ had on Treasury-bill rates in countries that have already experienced such downgrades, the study examines the effects of such downgrades by one rating agency--and where applicable an equivalent downgrade by a second rating agency. It finds that the first downgrade had the greater effect, increasing Treasury bill rates by 138 basis points on average; should a second downgrade follow suit, Treasury bill rates increased only by another 56 basis points (and statistically, this effect could be as small as zero).