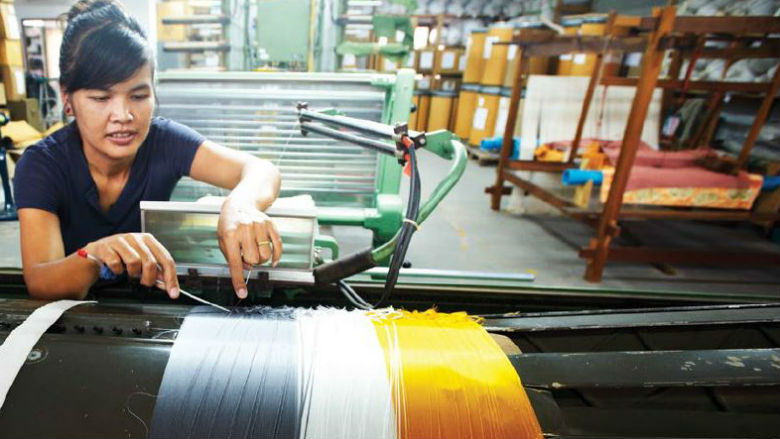 Lao PDR has long faced significant barriers to trade. “Since carrying out its first outward-looking economic reforms in 1986, trade with the outside world has mostly been a one-way street: imports,” says Madame Banesaty Thephavong, Director-General of the Department of Imports and Exports.

For years, the country has had a weak regulatory framework, lacked proper infrastructure, and offered a very poor investment climate. Domestic producers have faced unknown or unclear export procedures, paper-based and obsolete customs operations, and a level of cooperation between government agencies on trade-related matters that as recently as the mid-2000s was almost nonexistent.

However, in 2016, Lao PDR is virtually unrecognizable from what it was just a decade ago. A more open, more outward trade landscape has transformed it into a fast-growing developing country—complete with coffee shops, restaurants, and billboards lining the streets of what is now a much busier and livelier Vientiane.

Rural-urban migration is underway as non-agricultural opportunities are on the rise. Customs operations are nearly fully automated and border clearance times have been drastically reduced. According to a Time Release Study (TRS) by Laos Customs Department, the average time to clear goods at border from truck arrival to customs release was reduced by 36% from 17.9 hours in 2009 to about 11.4 hours in 2012.

As a crowning achievement—and after 15 years of negotiations—Lao PDR is now a member of the World Trade Organization (WTO), with its eyes set on establishing itself as an equal partner in the ASEAN Economic Community (AEC).

Trade facilitation was singled out both as a priority area in the Diagnostic Trade Integration Study (DTIS) as well as a major component of the Trade Development Facility (TDF) project, supported by the World Bank. With additional funding, the Customs and Trade Facilitation Project (CTFP) aims to facilitate trade by improving the efficiency and effectiveness of customs administration and simplifying customs procedures to eliminate duplication and redundancy, reduce transactions costs and time to clear goods, and increase transparency and accountability.

The Lao PDR Trade Portal (LTP) was launched by the Ministry of Industry and Commerce on June 22, 2012.  LTP enables traders to cut down the number of trips needed to get information or the length of time for carrying out transactions when trading across borders. It is the first step towards the establishment of a National Single Window which will allow traders to discharge all import/export obligations through one channel electronically. The portal provides traders with access to:

“The Trade Portal is an important step towards maintaining transparency when conducting trade. It is not only for us entrepreneurs but also for government officials,” says Sinouk Sisombat, President of the Lao Coffee Association.

The CTFP is helping the Customs Department make border clearances faster and more efficient. A computerized customs clearance system, which now operates in 21 customs checkpoints, takes payments electronically and provides this information in real-time to the Government’s financial management system.

An automated customs system—ASYCUDA World under CTPF—covers 99% of formal trade at these checkpoints and has improved customs valuation, introductory risk management and trade statistics reporting. Customs clearance procedures have also been streamlined and modernized as part of the project. The Single Administrative Document (SAD) was adopted in June 2010 to ensure harmonization and consistency in customs declaration and clearance for all checkpoints by following the ASEAN Customs Declaration Document (ACDD). With the implementation of ASYCUDA World, steps to clear imports at border were reduced from 7 to 5 and from 6 to 4 for exports in July 2011.

The training of all customs officers has now been completed on the ASYCUDA World system, and mechanisms are in place to send any new departmental procedures, instructions, or manuals to on-duty officers, as well as publish them on the Customs Department’s website. The Department also sends inspectors to check the performance of officers on a quarterly basis. Customs officers have proven up to the challenge of implementing the new, more transparent system as cross-border trade procedures have become more routine and more efficient.

According to Dr. Atsaphangthong Siphandone, Director-General of Customs Department, Ministry of Finance, “Improved capacity of customs officers and their improved ability to utilize technology in customs administration has been the most outstanding achievement of the reform process.”