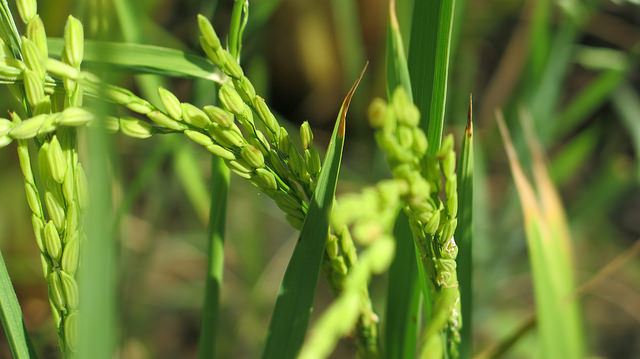 Tanzania has the potential to be an agricultural powerhouse. Photo credit: iAGRI Tanzania, Flickr Creative Commons

What is the Southern Agricultural Growth Corridor of Tanzania (SAGCOT), and how is the World Bank involved?

The Southern Agricultural Growth Corridor of Tanzania (SAGCOT) is a fertile swath of land in the southern part of the country, roughly the size of Italy, where the Government of Tanzania has launched a pioneering initiative: the SAGCOT Programme. The SAGCOT Programme is a public-private partnership to achieve Tanzania’s vision “Kilimo Kwanza” or Agriculture First. It calls for greater investment in agriculture, and for delivering development benefits to smallholder farmers and farming communities through inclusive commercialization.

We are supporting the SAGCOT Programme in a distinct, selective way. The $70 million Southern Agricultural Growth Corridor of Tanzania Investment Project (SIP), which was approved in March 2016, is designed to help farmers adopt new technologies and link them to markets through expanded partnerships between smallholder farmers and agribusinesses in Tanzania.

Why does Tanzania need this project?

Tanzania has the potential to be an agricultural powerhouse.

Sustainable development of its agriculture sector can help achieve the SAGCOT Programme’s goal of fostering inclusive, commercially successful agribusinesses that will benefit the region’s small-scale farmers and ultimately contribute to national development.

Today, agriculture accounts for 25% of Tanzania’s gross domestic product (GDP). It is also a source of jobs and livelihoods for 75% of the population. The agriculture sector GDP has been growing at a rate of four percent annually. It has the heft. But it does not provide the lift that Tanzania needs to end poverty and boost shared prosperity.

Limited opportunities for commercialization lie at the heart of the challenges small farmers’ face in Tanzania.  Whether it is food crops like maize or rice, or cash crops like cashew, tea and coffee, low productivity is a common factor across the production landscapes.  High transport and marketing costs also pose challenges.

What is SIP’s approach?

The SIP’s goal is to improve market opportunities for poor farmers.  It focuses on helping smallholder farmers adopt new technologies and improve marketing practices through partnerships with agribusinesses.  By linking farmers to agricultural value chains and increasing the flow of commercial benefits to them, SIP will help lay the foundations for public-private partnerships needed to grow more food, generate non-traditional products and catalyze growth in the underperforming agriculture sector.

The SIP seeks to boost incomes for over 100,000 smallholder farming households. Once implemented, the SIP will directly benefit over half a million people and engage up to 40 agribusiness operators-- especially women in successful, agricultural and commercial value chains.

Land issues have been in the news recently.  How is SIP handling this sensitive issue?

Across Sub-Saharan Africa, land is a sensitive issue. When handled improperly, it has become the Achilles heel of many well-intentioned development projects.

The SIP addresses this challenge by making it clear that only those agribusinesses which have clear, undisputed land titles and uncontested land rights will be eligible for World Bank financing.  For example, the SIP will not support investments that involve the reallocation of land from smallholders to agribusinesses. It will also not support investments that involve the acquisition of new land by private investors.  Furthermore, agribusinesses operating on land that has recently been converted from village land will not be eligible for matching grants under the SIP.

The World Bank recognizes that Tanzania has one of the strongest land law frameworks in Sub-Saharan Africa for the protection of rural land rights. Under the 1999 Village Land Act, most rural land—up to 70% of total land available in the country--has been placed under the control of villages. The Act includes robust procedures governing the reallocation of land to private investors. However, capacity constraints both within the government and at village level have at times posed challenges to the implementation of the Act.

There are concerns that increasing commercial investment under the SAGCOT Programme could impact local land rights if proper procedures are not followed. In response to this, the Government of Tanzania has provided a “Letter of Sector Policy on Land” confirming its commitment to protecting the land rights of rural households and village communities. The government also committed to ensuring that any land allocation to agribusinesses within the wider SAGCOT Programme will be based on community consent, with appropriate compensation and well-defined sharing of benefits, as well as a commitment to partnership between the community and the investor. Finally, the Government of Tanzania has also committed to ensuring that land allocations are transparent and publicly-documented.

How are the interests of Indigenous Peoples and other vulnerable groups being protected in the SIP?

When the Government of Tanzania sought support from the World Bank for SIP, it requested a waiver of the World Bank’s Operational Policy on Indigenous Peoples (OP 4.10), noting that the Tanzanian Constitution treats all citizens equally and prohibits special preferences for any ethnic group.

The World Bank’s Board approved the waiver on the condition that a strong Vulnerable Groups Planning Framework (VGPF) be put in place with broader scope than the Indigenous Peoples Policy Framework. The VGPF is expansive and robust. It addresses all vulnerable populations, including women-headed households, the elderly, disabled, youth, children, refugees, persons with HIV/AIDS and disadvantaged communities.

Why is it important for the Bank to continue working on projects like SAGCOT even when they pose difficult issues?

The World Bank is committed to ending extreme poverty and boosting shared prosperity by 2030. This is no easy task—it is a rather big challenge. We designed the SIP to have maximum positive impact on poor farming communities in Tanzania. As countries accelerate their efforts to achieve the Sustainable Development Goals, it is important for the World Bank to stay engaged and not shy away from tough projects that involve difficult tradeoffs and greater public scrutiny. We are confident that as long as the interests of poor farmers are kept at the center of project implementation, the SIP will be able to deliver development outcomes benefiting all Tanzanians.