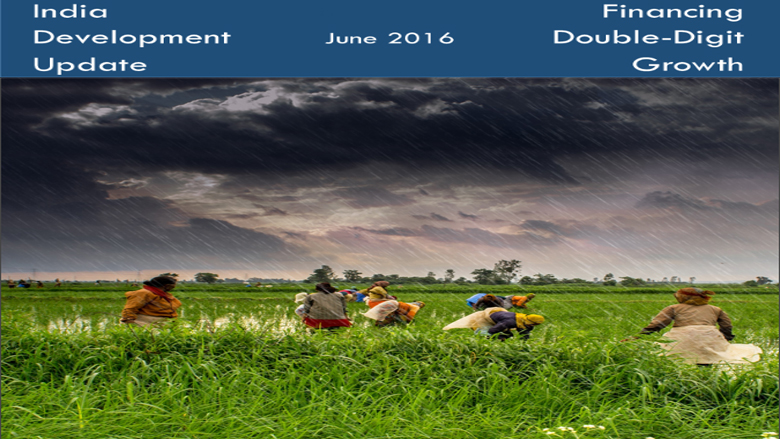 The World Bank’s latest India Development Update - a twice yearly report on the Indian economy and its prospects - finds that India’s economy expanded at a faster pace in FY 2016. The report says that the economy was lifted to a higher growth path by demand from urban households and public investments, despite the fact that other key growth engines had stalled.

Reviewing India’s financial sector, the Update finds that, in many respects, the sector is performing well, especially considering the extent to which it has evolved from an essentially state-controlled system in less than three decades. Financial access in India is comparable to peers, banks have capital levels in excess of current regulatory requirements, regulations have been strengthened, and overall credit growth in real terms has been resilient. On the other hand, concerns have arisen about growing non-performing assets (NPAs) and declining credit growth, particularly in public sector banks (PSBs). The Update, therefore, outlines two sets of reforms that will be required for the sector to be a reliable pillar of future growth. First, the ongoing structural transformation of the sector will need to accelerate to make the sector more market-oriented and competitive. Second, the NPA challenge will need to be addressed proactively.

The report also analyzes some of the impacts of the recommendations of the 14th Finance Commission on India’s states. It finds that in FY16, all states gained following the implementation of the Commission’s recommendations, although the extent of gains varied significantly. While health and education expenditures increased in almost every state, Rajasthan and Kerala stood out as spending over 70 percent of additional resources on health, education, and infrastructure.  Uttar Pradesh spent over one-third of its additional resources on health and education.