Looking at urbanization through a jobs lens 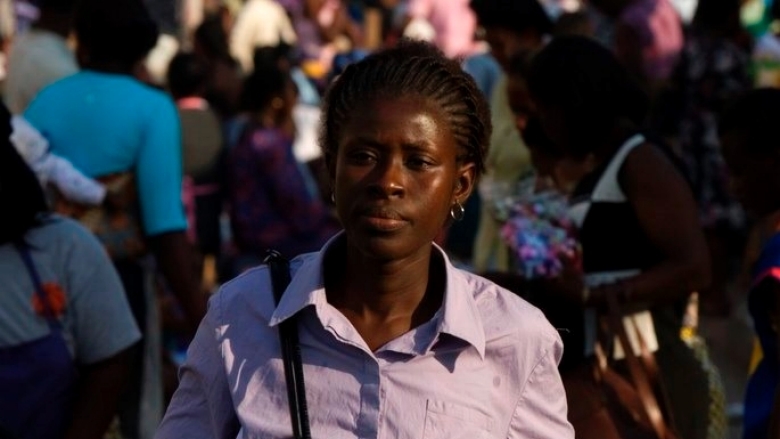 Eugenio Zeca Soares, works as a security guard in Maputo, Mozambique. He left his home province of Zambezia three years ago and moved to Maputo looking for better living conditions. “Finding a job is very difficult, the most one can find are temporary jobs,” he said. “Like me right now I am replacing someone for a month, after that I have to start looking for another job.”

Cities have always been the nexus of prosperity, job creation, and poverty reduction.  Workers, like Eugenio, move to cities looking for jobs. It is an age-old story. In theory, jobs are created in cities when firms are located closer to other firms, the labor market, and potential clients. Productivity increases, revenues come in and new jobs are created. In other words, agglomeration economics takes advantage of the possibilities of scale. Such productivity gains then lead to better jobs through wage premia. In practice, however, this process is not always as seamless as it should be.

Half of the Earth’s inhabitants now live in towns and cities. To give you an idea of how quickly this has happened, consider the following: up to 2014, the world was adding almost 50 million urban dwellers per year. That is the same as adding roughly the current entire metropolitan areas of New York, London, Paris, Rome and Berlin every year.

A key feature of modern urbanization is not only that it is happening much more quickly than before but it is also happening at much lower levels of income.  Nearly all of the expected growth (at least 90%) will take place in developing countries, especially in South Asia and Africa.  All these big numbers basically translate into the realization that countries are urbanizing at unprecedented rates.

What will the process of urbanization actually look like?  And what will it mean for the world’s urban workers? This transformation will likely happen in the informal sector and in small to medium sized secondary cities that may lack the human capital, facilities and services required to adequately manage these huge demographic changes. So action is urgently needed if the benefits of urbanization are to be managed effectively to create jobs.

This is even more pressing because recent urbanization trends, particularly in Africa, show that in many cases urbanization is taking place in spite of more jobs and better wages, not because of them.  For example: some poor workers are migrating to cities for access to services and proximity to urban amenities.  Moreover, the assumption that urbanization is fueled by job creation may not always be the case, as much of Africa’s urban expansion is due to inner city fertility instead. The point is that urbanization without much economic growth or job creation (at least not formal jobs) presents new challenges for development.

“Urbanization can lead to more, better and inclusive jobs in cities around the world,” said Javier Sanchez-Reaza, Senior Urban Specialist within the World Bank’s Jobs Group. “But recent urbanization trends, particularly in Africa, show that in many cases urbanization is taking place without job creation.”

One problem that besets poor urban workers is the spatial mismatch. This can be better understood as the costs and barriers associated with the distance between where poor people live and where they work. This leads to higher job-search costs, frictions on those searches and higher commuting costs…all which ultimately discourage employment. This intra-urban inequality hurts peoples’ job opportunities.  Evidence indicates that in cities around the world, poor people are indeed confronted with the costs of a spatial mismatch.

By reducing mismatches, marginalized workers have a shot at employment opportunities. The solutions that have been advanced can be grouped in two: bring people to jobs, and bring jobs to people. The former increases job-search efficiency and intensity, and addresses long commuting times. The latter focuses on policies and interventions that bring more jobs where they are needed in the city. These can also help create more accessible jobs closer to rural populations – and can be sustainable if aligned with the country’s growth strategy or natural, competitive advantages.

“Focusing on issues such as reducing spatial mismatches may provide policy options to affect positive labor market outcomes,” says Sanchez-Reaza. “We are looking intensively at the connections, the dynamics and the interactions between urbanization and jobs.

More specific policy recommendations and innovative ideas will be arise from our work on urbanization and jobs.  But it is clear that harnessed effectively, the processes and potential of urbanization can lead to more – and better jobs, and especially for regionally or demographically marginalized workers. These are people like Eugenio Soares who have to move to capital cities to find even temporary jobs. There is also wide scope for us to improve existing jobs in cities as well as in rural areas through value chain development in specific, competitive industries. But these cities will not develop automatically, fully formed and productive.

As development professionals, we need to ensure that we are working with our clients to help these cities maximize their potential by taking into account the needs of the workers. For this to work well, we are focusing on how urbanization is happening by viewing it through a jobs lens.