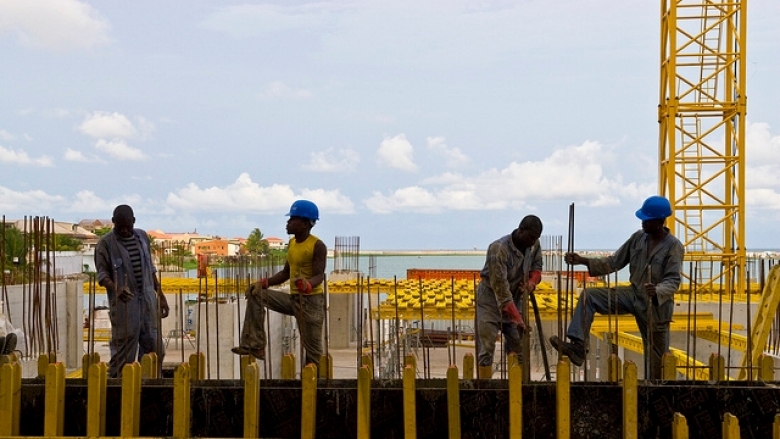 This interview was originally published in The Christian Century

How do you measure extreme poverty around the globe?

It is extremely difficult to measure poverty in a rigorous way, and every country sets its own standards for what is necessary for basic living. There are climate variations: what a person needs to survive in Central Asia for caloric intake, clothing, shelter, and heat is different from what is needed in a tropical location. And the standards vary with development. Richer countries will set a higher standard for what counts as poverty.

At the World Bank, we take the information on basic needs collected from the 15 poorest countries and then we average them. That comes out to be about $1.90 per day per person, and that is what we call the global extreme poverty line.

We can monetize a lot of the aspects of poverty—access to clean water and access to health care, for example, are put in monetary terms in our model—but there is a legitimate debate about the multidimensional aspects of poverty. When you talk to the poor, they will talk about a sense of dignity and about having a job, not just receiving money. How do you monetize that? You can monetize access to schooling, but it is more difficult to monetize the quality of schooling. And so on.

What is the value of measuring poverty in monetary terms?

The first reason to do it is to measure how well the world is doing in reducing poverty. The other reason is advocacy: to keep the world mobilized around the eradication of the most extreme forms of poverty.

In practice, making progress on poverty reduction is really about working at the country level, not the global level. Who are the poor? Why are they poor? What are they missing? How do you break the intergenerational cycle? You’ve got to get into these details and come up with specific interventions that address the full complexity of a country’s situation. You can’t use the global data to design policies in most cases.

But at the global level, we want to keep the world focused on whether or not things are getting better.

Where have the greatest gains been made?

Twenty years ago, the greatest number of people living in poverty were in East Asia. That has changed dramatically. The changes in Latin America have also been impressive in the past decade.

What is the single most important contributor to the decline in world poverty?

What is an example?

Take Peru. Over the past couple of decades, the combination of political stability and good economic policies have led to the development of new opportunities. The poor in Peru now grow vegetables that are exported. That has translated into people being able to move out of agriculture into service and manufacturing jobs or to move from subsistence farming to raising profitable products like asparagus.

Beyond economic growth, what else is necessary?

I would name two things: education systems and effective social safety nets. Peru has a small, well-targeted safety net, but most of its economic growth has come from expanded economic opportunities. If you move over to Brazil, you see a combination of economic growth with a big expansion of education and a minimum-wage policy that pushed up wages for the least-skilled workers.

Brazil also has a very good safety net program called Bolsa Família. It provides for a cash transfer to poor families in exchange for a commitment from the families to do certain things, like making sure the children are in school and are getting their vaccinations. If people don’t fulfill these responsibilities, they are not eligible for the cash transfer.

The word for this arrangement in Spanish is close to what in English would be coresponsibility. In English we would usually refer to conditional cash transfers. The Spanish term is better. The government acknowledges that it has a role to play in helping families move out of the trap of poverty. For example, the government acknowledges that it must provide education systems. And the people acknowledge that they have a role to play as well.

Programs need to target changes in behavior and investment in children. These ultimately provide the key to move a family out of poverty over time. Programs like this exist in more than 40 countries around the world and have proven very successful.

Are there forms of economic growth that are not good for the poor?

Absolutely. You could have a country where all the growth comes from commodity extraction or from a pipeline. Those funds might generate income, but that money does not go back into the economy to improve the lives of farmers and is rarely invested in building further infrastructure.

Are there places where you worry about losing the progress that has been made?

The slowdown of growth globally could translate, at the very least, into a slowdown of poverty reduction. Commodity producers in Africa could be very hard hit by the decline in commodity prices. A natural disaster or a military conflict can wipe out years of progress.

Consider the Democratic Republic of the Congo: it was poor in 1990, and in 2005 the per capita income was half what it had been. That was a result of conflict. In a conflict, the poor suffer the most. They are the least able to leave and the least able to protect themselves.

This is what our work is about: determining policies that can help countries recover growth and protect the poor from the worst effects of slowdowns. Safety nets are key here: good insurance mechanisms, supranational funds that allow a country to have access to aid, and good land planning that prevents the worst impacts.

This is why we worry about climate change. It will be much harder to eliminate poverty if we don’t succeed in stabilizing the climate. At the same time, when you design policies to stabilize the climate, you have to do them in ways that help the poor.

How important is the political will of high-income countries in reducing world poverty?

It matters because poorer countries do not have the resources to take all the actions they need to take. Good health systems, good education systems, big infrastructure—these things cost a lot of money. We can provide critical funding for the investments that poorer countries need to make.

If, for example, you want to increase the value of the products that poor farmers produce, you have to find a market for them. This either means taking products to a city—in which case you have to build a road to get the products to the urban markets—or moving toward international exports, which requires a lot of logistics. In 2015, the World Bank provided $19 billion to the world’s poorest countries through our Inter­national Develop­ment Association. A lot of it was for social systems and infrastructure.

The other thing that wealthier countries provide is research to help poorer countries make good decisions. Policy has to be based on evidence. We need academics, development organizations, and researchers to provide evidence for what actually works and what doesn’t.

Poverty reduction is a moral issue, but it is also a matter of smart policy. More prosperous societies are more stable societies, and they make better neighbors.

How have high-income countries changed their methods in the last few decades?

There has also been a recognition of the importance of civil society. The World Bank provides loans through governments. But in giving a loan designed to improve education, for example, one has to connect to parent associations and teacher associations to talk about the ways that the community can hold the deliverer of the services accountable for results. Providing different parts of civil society—nongovernment agencies, parent groups, associations—with information is crucial. Over the past few decades, we have been working with a broader segment of society.

Another example: I recently directed a report on gender equality and poverty reduction. One of the audiences for that report was policy makers. We wanted them to understand why gender equality leads to smart economic policy. But the other audience was civil society: we wanted to empower other groups with evidence and arguments that they can use to pressure their leaders to do the right thing.

What’s next? How can we eradicate extreme poverty?

Keeping markets open to exports from poorer countries is fundamental—probably more fundamental than providing development money. When I hear of proposals to close borders and close markets, I think: that will do more damage than not funding aid. I hope we don’t make those kinds of mistakes. But policy makers in the rich world are under a lot of pressure.

Higher-income countries can also use their influence to put emphasis on issues that we know are not always embraced at the country level. For example, we have very strong evidence that gender equality matters for development. Poverty reduction is strongly associated with women’s achieving greater political and social voice and equal access to economic opportunities. Gender equality does not come automatically with development. We have to demonstrate the effectiveness of this method so that countries will embrace it.

We have to keep reminding ourselves of two things: it is unacceptable in a world with the kind of wealth that we have that almost a billion people live on less than $1.90 a day.

And while this challenge is daunting, it is not hopeless. We have made enormous progress. We need to keep the focus. Wealthier countries can be very generous at times, and then when things get difficult, they lose focus. Right now, it is asking a lot of higher-income countries to keep putting money into development. But it is critical that we do so.

Copyright ©2016 by The Christian Century. Ending Extreme Poverty by Amy Frykholm is published by permission from the Jun 08, 2016, issue of the Christian Century. To read the original article, click here (https://www.christiancentury.org/article/2016-05/ending-extreme-poverty). 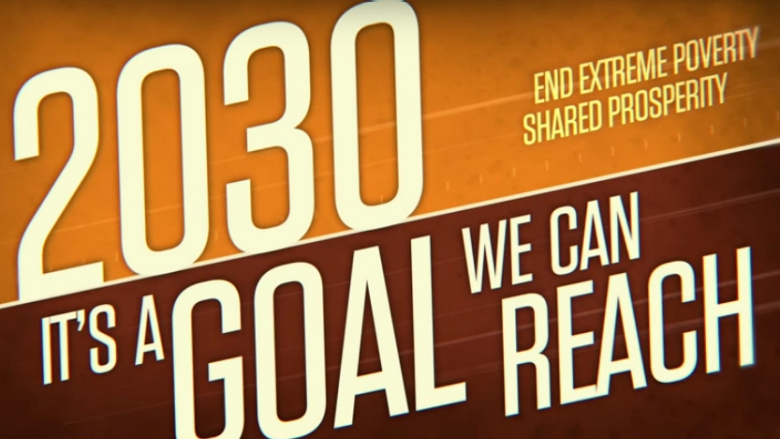