Leaders Meet in Lima to Discuss Next Steps on Carbon Pricing 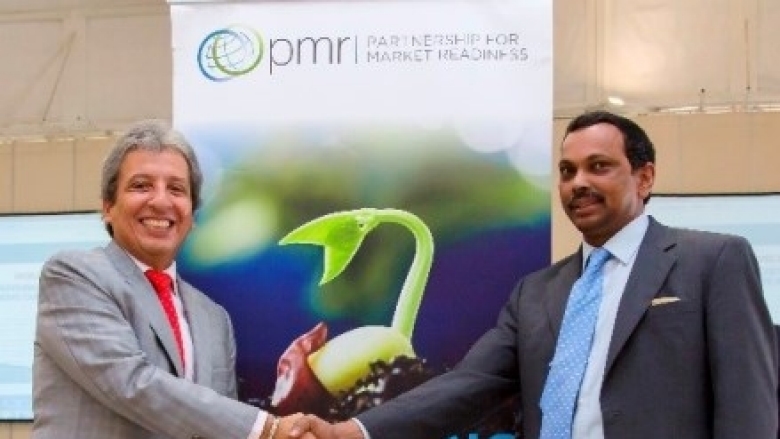 Representatives from more than 30 countries, including some of the world’s largest carbon emitters, recently gathered in Lima to move ahead on the carbon pricing policies they say will create jobs, encourage innovation and achieve meaningful greenhouse gas emission reductions.

Manuel Pulgar-Vidal, Peru’s Minister of Environment and the President of COP20, urged participants of  the Partnership for Market Readiness (PMR) to keep the focus on the potential implications and opportunities of last December’s Paris climate change accord signed by a record number of countries at the United Nations in April.

“The Paris Agreement provides a clear framework for advancing low-carbon policies and gives all countries alike the responsibility to mainstream climate action goals into their development agenda,” Pulgar-Vidal told the audience of deputy ministers and senior officials from member countries, states and provinces, as well as regional development organizations and representatives from the national and international private sector.

“Now that the curtain has fallen on the Paris and New York stages, many countries are asking themselves how they will manage to live up to the expectation and the targets put forward in their national plans,” added Adrien de Bassompierre, Coordinator of the PMR at the World Bank

He noted the PMR is one of the prime multi-lateral initiatives to support countries in understanding and testing the use of carbon pricing to achieve their climate change mitigation goals.  He said the global forum gives partners the opportunity to share technical expertise, review members’ plans and decide on funding for “market readiness roadmaps” -- capacity development programs crafted by these countries to pave the way for carbon pricing.

In Lima, the PMR announced the allocation of US $6 million in grants to Jordan and Peru to take the next steps to implement carbon pricing after the two countries had completed year-long efforts to craft their market readiness plans.  Sri Lanka was also welcomed as the newest member of the PMR, joining nations like China, Indonesia, Brazil, South Africa and India who are already taking steps to implement emissions trading systems, carbon taxes or other carbon pricing instruments.

“With the support of the PMR, we expect to develop a national greenhouse gas monitoring and verification system and market instruments such as the Sri Lanka Carbon Crediting Scheme to mitigate climate change,” explained Udaya N. Seneviratne, Secretary, Sri Lankan Ministry of Mahaweli Development and Environment.

Several other countries shared milestones reached in their PMR-supported market readiness plans: Chile on enabling activities for operationalizing its carbon tax, China on its ETS pilot programs, Turkey on setting in place its greenhouse gas reporting and verification infrastructure for carbon pricing and Costa Rica on its voluntary domestic offset market.

"It is not a coincidence that we have chosen the PMR as our most important partner in many of the challenges we are facing,” said Irene Cañas, Costa Rica’s Deputy Minister of Energy and Environment.  “The PMR Costa Rica program plays an instrumental role in key projects prioritized under our new National Energy Plan, including preparatory work leading to an emissions fee program in the transport sector" she added.

The PMR one of a growing list of next generation carbon market initiatives that is being championed through the World Bank Group’s Climate Change Action Plan. The goal: to lead the way toward innovative, new approaches to delivering climate finance and help nations meet their ambitious post-Paris 2020 goals.