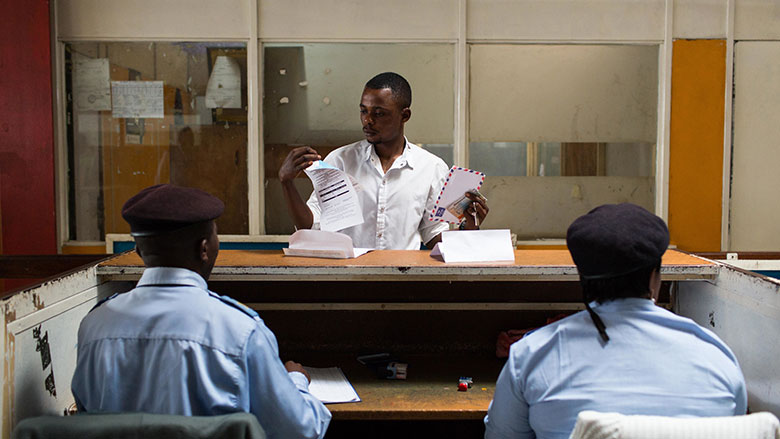 The South Kivu Province was able to double its revenue between 2009 and 2014 thanks to support from a governance project financed by the World Bank.

BUKAVU, May 3, 2016—Life has gradually returned to normal in this small city nestled amongst lush green hills and bordered by the majestic Lake Kivu. It is difficult to imagine the years of conflict that ravaged South Kivu, a province envied by others owing to its abundant mineral resources.

When the World Bank reengaged with the Democratic Republic of the Congo (DRC) in 2001, financial and technical assistance was aimed at implementing several emergency plans in order to meet the pressing health and nutrition needs of the region’s people. Projects such as the Karhale Water Supply Project improved access to potable water for 2,750 households in Bukavu, reducing travel time by installing water standpipes in strategic locations. With better access to potable water, Bukavu significantly reduced the transmission of water-borne illnesses.  According to Monsignor Maroy, the Bishop of Bukavu, “the project was of great help to the provinces.”

Prior to closing in February 2016, the PRCG contributed to implementing a new public finance and human resource management system in the central and provincial governments. Thanks to the project, the South Kivu Province was able to double its revenue between 2009 and 2014. “Project support allowed us to improve our governance in a host of areas. The results are proof,” noted Marcellin Cisambo, Governor of South Kivu Province.

The results of the PRC-GAP, which will come to an end in September 2016, are just as encouraging. The project’s goal is to reorganize the government and develop a culture of performance at the local level. So far, it has facilitated the rehabilitation of eight centers of excellence that ensure the ongoing training of government officials across the country. As a result of this new dynamic, the DRC will reduce its dependence on external technical assistance by providing, in particular, training at universities or higher education institutions.  The Catholic University of Bukavu benefitted directly from this project, as it now runs one of the aforementioned centers for excellence.

During his first visit to Bukavu and the eastern DRC, World Bank Country Director for the DRC, Ahmadou Moustapha Ndiaye, explained how the World Bank “adapts its approach as the country makes progress.  Our goal is to lay the foundation for sustainable development in the South Kivu Province, and throughout the country, which entails establishing efficient and transparent institutions and management systems.”

Ahmadou Moustapha Ndiaye also underscored the progress of the Great Lakes Regional Initiative launched jointly in May 2013 by World Bank President Jim Yong Kim and United Nations Secretary General Ban Ki-Moon, following the peace agreement signed by 11 countries of the region in February 2013. On that occasion, the World Bank Group pledged to provide financial assistance to the countries’ reconstruction efforts. This financing, totaling $1 billion, aims to improve the health and education services provided to the region’s population, increase cross-border trade, and fund hydroelectric projects. It is one of the World Bank’s key initiatives that addresses two major regional development priorities—the restoration livelihoods that were ravaged by years of conflict, and the revival of cross-border economic activity in order to expand opportunities and strengthen regional integration in the areas of agriculture, energy, transport, and trade.

The bustling Luvungi market, in the vast Ruzizi plain, is a tangible illustration of the success of this impactful initiative. Luvungi is much more than a market. It has become a place to gather and socialize; a place where locals, refugees, and foreigners exchange and interact.  The market was able to grow with thanks to the DRC’s Eastern Region Stabilization and Peace-Building Project (STEP), under which funding was provided for five new wings. The country hopes to promote regional integration by establishing many more of these markets.  “This market will teach us to live as one people again,” reflects Gilbert Kondo, Provincial Coordinator of the social fund responsible for the project.

While crossing the Ruzizi plain, cognizant of the logistical and security challenges in South Kivu, Ndiaye’s constant refrain throughout his mission was the following: “Peace is vital. Concrete results must be rapidly achieved to reduce insecurity. There is no peace without development and no development without peace.” 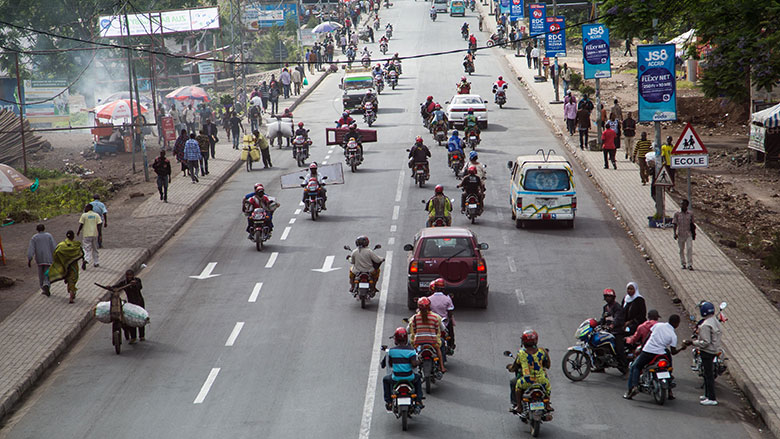