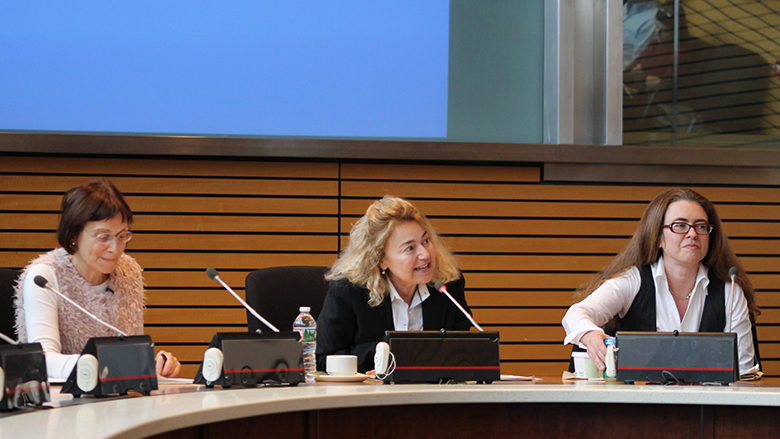 Homo economicus—the rational decision maker with fixed preferences—serves as the starting point for all economics.

While economists have recognized that decision-making is not always rational and consistent, they have had a hard time factoring into their models why this is so. But a growing body of research in the field of behavioral economics has highlighted the importance of context and culture in shaping decision-making. From this vantage point, development progress depends on changing not only incentives (what homo economicus responds to) but also mindsets.

In a recent Policy Research Talk, Lead Economist Karla Hoff, who co-led the 2015 World Development Report on Mind, Society, and Behavior, uncovered new findings in behavioral economics and their policy implications for topics that included inequality, corruption, gender, and violence.

“Any discipline that has to do with human behavior needs to take into account how humans think and how society, history, and context shape this thinking,” said Research Director Asli Demirguc-Kunt, who hosted the event. “Awareness of how human factors can influence design and implementation of development programs is fairly new.”

A ‘first strand’ of behavioral economics, which emerged based on the work of psychologists in the 1970s, found that people in fact make systematic, biased judgments.

“Much of our thinking is unconscious; we make decisions that we’re not even aware of,” said Hoff. “We are very susceptible to the context at the moment of decision.”

For example, she cited an experiment in which a subtle change in the environment—posting a photo of peering eyes—was able to spur people to respect an honor system for payments. According to this theory, to change the behavior of the semi-rational actor you merely need to change the decision-making context in a way that cues a desired behavior.

" We all jump to narratives, and culture shapes them. They influence how we interpret actions, how we think, and how we behave. " 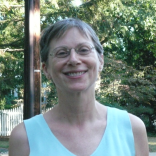 “The ‘second strand’ of behavioral economics moves beyond the idea of a person who is influenced unconsciously by the context of the moment of decision,” Hoff explained. A person’s life experience shapes his or her preferences, cognition, and perception. It shapes who the person is. “We all jump to narratives, and culture shapes them. They influence how we interpret actions, how we think, and how we behave,” she said.

As an example of how deeply acculturation shapes mental models, Hoff cited the triad test. This test presents a series of three different objects. For each group of three, people are asked to say which two items are most similar. People tend to pair objects based either on analytical or holistic reasoning. Here is an example of a triad: {carrots, rabbit, and dog}. Analytical reason would pair items that belong to the same abstract category—the rabbit and dog, which are both animals. Holistic reasoning would pair items that have a relationship to each other—the rabbit and carrots, a food to the rabbit. Psychologists tested the effect of culture on reasoning in over 1,000 university students across China. People who came from rice-harvesting areas, where communal effort is required for the harvest, tended to categorize holistically, even though most of the students had never harvested a grain of rice in their lives. People who came from wheat-harvesting areas, where little effort is communal, tended to categorize analytically. The extent of holistic categorization was systematically increasing in the percentage of cultivated area devoted to rice paddies in the respondent’s home province.

These findings would be no surprise to students of cultural psychology, sociology, or anthropology. But Hoff brought new insight by teasing out the profound economic consequences of these mental models in areas ranging from inequality to group cooperation.

In India, for instance, members of lower castes are often stigmatized and denied opportunities. Hoff discussed a field experiment in which school children who did not know each others’ caste were brought from different villages and paid to solve mazes. In the control groups where caste was not revealed, the children performed comparably across caste. However, when their castes were revealed before the test, the higher caste children performed at the same level and the lower caste ones performed worse—thereby reinforcing longstanding patterns of inequality.

Similarly, Hoff discussed how people who live in cultures of honor have difficulty cooperating for mutual benefit. Honor-focused cultures tend to inhibit the development of the kinds of cooperative conventions that emerge among individuals who interact repeatedly. Conventions take time to form. In the process sometimes coordination failures occur. Men with a culture of honor may be “insulted” by costly mistakes. They retaliate. That makes it difficult to form and sustain cooperative conventions, and that failure can hurt poverty reduction.

Fortunately, a number of interventions have had demonstrable success in changing mindsets. Hoff highlighted her research in West Bengal, where a participatory theater group performs plays that focus on oppressive social norms. After a performance, audience members can play the role of the victim and try to find a new solution. By discussing alternative outcomes, the plays anchor a new response to real-life situations. Data from 3,000 households showed that in villages where the plays had been performed, women interviewed privately reported less abuse and fewer restrictions from husbands. “Having alternative narratives anchors thinking and changes behavior,” she found.

Roberta Gatti, Global Lead in the World Bank’s Social Protection and Labor Global Practice, shared her thoughts on the persistent nature of social norms and mental models. “Literature tells us convincingly that individual preferences are shaped by context, both immediate and past,” she said. “There are interventions that look like free lunch: you’re not changing incentives or years of education for women and yet you change mental models and influence behavior.” Gatti encouraged researchers to determine the most effective ways to influence persistent mental models.