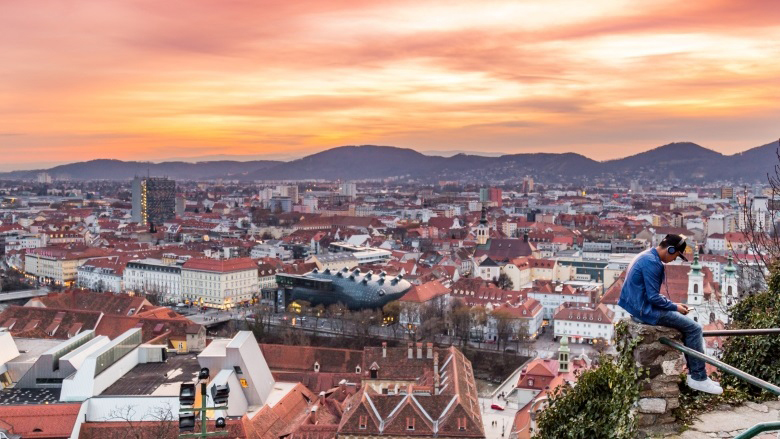 The World Bank-Austria Urban Partnership Program aims to strengthen the capacity of local governments in the South East Europe region, and to equip locally-elected officials, city administrators and technical staff with practical tools for decision-making – in order to more effectively manage urban development for inclusive and sustainable growth.

During its first phase (2011-2014), the Program reached over 60 municipalities in the region. The second phase, which started in 2015, aims to scale-up engagement and reach an even larger number of municipalities, by offering a very holistic and collaborative approach to evidence-based policy making.

The Mayors Symposium held in Graz, Austria on February 29 – March 1, 2016, organized in cooperation with the City of Graz and the Austrian Ministry of Finance, gathered over 160 representatives from seven South East Europe countries. Participants included central and local government officials, including 50 Mayors and Deputy Mayors, representatives of finance departments, urban planning practitioners, Local Government Associations, Non-Governmental Organizations, Network of Associations of Local Authorities of South-East Europe, and other partners and key stakeholders of the Program. 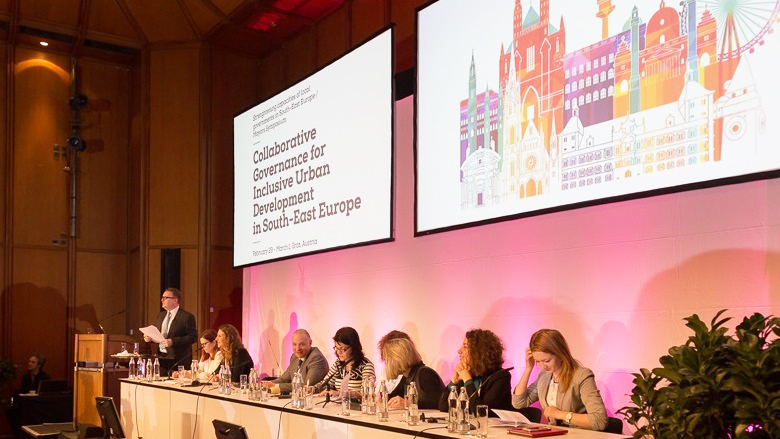 The Mayors Symposium is hosted by the Urban Partnership Program on an annual basis and offers a platform for dialogue in South East Europe with a view to sharing innovations happening in the region’s cities and beyond. It also offers an opportunity to present progress to date in the core areas of the Program: municipal finance, urban planning and land management, integrity building, and social sustainability and citizen engagement.

The Symposium showcased what has been achieved on the way to reform, and how the Program helps cities move forward based on the application of self-assessment tools for local governments, including: Municipal Finances Self-Assessment, Urban Audit, Social Sustainability Assessment, and Integrity Building.

The event brought together transformational Mayors from Europe and beyond to share their inspiring stories and lessons learned with city leaders from South East Europe.

For example, the Mayor of Graz, Austria, recommended that leaders consolidate all of their cities’ finances into one balance sheet, which the Mayor can see and have oversight of. The Mayor also said that it was his opinion that cities would do best to not privatize their public assets of energy and water. Finally, the Mayor outlined what he believed to be the most important skill or quality of a city leader: “Trying to find a way for people to live in peace together, to build social cohesion. Because without that, there is no future.”

The Mayor of Oklahoma City, USA, explained how one of his major personal realizations had been that “People don’t necessarily follow jobs, they live where they want to live and the jobs follow. It is hard to get companies to move to your city, so first focus on your existing companies, on your own environment and schools, and the investment and people will follow.”

The Mayor of Vilnius, Lithuania, said that, for him, integrity meant, “To say what you mean and do what you say.” He added that integrity was an essential component of any Mayor’s make-up – “if they were going to be able to sleep at night!” It is the city’s responsibility to create the demand: to make information publicly available and to help society to understand why it is so important.

Mayors from across South East Europe discussed the priorities for their municipalities as well as the kind of leadership required to transform cities in the region. They agreed that enhancing integrity, accountability and transparency were not just goals in themselves, but mechanisms to achieve other goals such as improving quality of life, attracting investment, people and jobs, and enhancing relationships with citizens as well as with central government.

Priorities for the region’s Mayors are diverse and country-specific. For example, the Deputy Mayor of Tirana, Albania, mentioned many priorities for her city: perhaps most importantly the implementation of the new national plan, but also others such as reducing car dependency. For the Mayor of Novo Sarajevo, Bosnia and Herzegovina, the most pressing priority is administrative reform, whilst in Kocani, FYR Macedonia, the priority is engaging and retaining youth in the city.

In Nis, Serbia, the priority is making infrastructure improvements (Corridor 10, for example) and stabilizing finances. The Mayor of Shtime, Kosovo, explained that his city has a number of priorities, including rational resource allocation, investment in innovation, and preservation of the environment and resources. He argued that coalitions were of vital importance to transforming cities and increasing the lobbying power of local governments.

The Mayor of Cetinje, Montenegro, recommended that leaders use and valorize natural resources in their local areas. He explained that Cetinje had experienced great success by investing in a local cave (Lipska Cave), which had had a multiplying effect on the local economy through visitor attraction. The Mayor also argued that creating a more business-friendly environment is key for the development of cities in the region.

The Mayor of Shkodra, Albania, explained that Albanian citizens “do not have a culture of raising their voice”, which limits their propensity to engage with local politics. The Mayor of Gjakova, Kosovo, meanwhile, argued that “you have to invest in people too” – her city is doing this through participation in the UNICEF Program “Kosovo Fit for Children”, for example.

The Mayor of Pula, Croatia, agreed that Information Technology, brochures and social networking were all useful tools, but it was important to go beyond this and tackle the endemic low level of confidence of the public in politicians. He recommended “going to see people, showing them their opinions matter” as the best means of doing this. In Sabac, Serbia, it was reported that this type of engagement is already happening: the Mayor answers five questions from citizens per day on Facebook, and regularly meets with citizens in person.

Two days of deliberations demonstrated clearly that there is increased demand for use of diagnostic tools for local governments offered by the Urban Partnership Program, and that there is great momentum to replicate local government tools in more municipalities throughout the South East Europe region.