Female Entrepreneurs Come into their Own in Jamaica 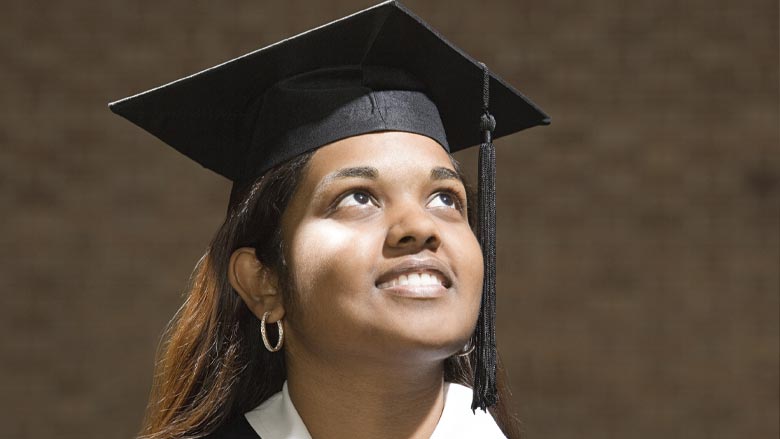 Between 70-80 per cent of graduates in Jamaica are women.

iStock
Globally the number of women in management positions has increased over the past 20 years, and today Jamaica boasts the highest proportion of female managers in the world.

Originally published by the Jamaica Observer.

VALRIE Grant is the name to know in Jamaica. In late November 2015, she was named Commonwealth Women Entrepreneur of the Year in an international award ceremony in Malta. For her, the recognition is “a signal to the world that Jamaica is indeed open for business and that women are increasingly carving out their own niche in business”.

Her success is reflection of a larger trend in Jamaica, where almost 60 per cent of managers are women, according to the Women in Business and Management, Gaining Momentum report, which was released by the International Labour Organization.

Globally the number of women in management positions has increased over the past 20 years, and today Jamaica boasts the highest proportion of female managers in the world. For Harold Davis, deputy CEO of the state-run Jamaica Business Development Corporation (JBDC), several factors have played a role in this increase.

“Women dominate at the tertiary level of the education system,” he explained. “Between 70-80 per cent of graduates are women, even within traditionally male- dominated vocations like engineering and law.”

However, despite the increased numbers, many female entrepreneurs harbour a lingering feeling that silent barriers still exist, despite legislation to secure gender equity.

That’s because for entrepreneurs like Lacey Ann Bartley, working in the male-dominated heavy manufacturing industry, legislation can only go so far. Solutions need to challenge the subtle social stereotypes which hold Jamaican women back in business.

“My approach is to be twice as good as my male counterparts and keep going while blocking out the noise of public doubt,” she said. “We shouldn’t be content with tokenism.”

And it’s a policy which is reaping dividends. Bartley, whose business produces a range of goods from native Jamaican wood, has already been recognised nationally as one of the bold new business owners.

But it’s not been plain sailing and, as with so many new businesses, financing remains a challenge, which forced her to bootstrap her way to success.

“Getting funding in Jamaica is difficult because of the barrier of collateral and the tedious process of the paperwork. Even with grants you must have in hand enough to match 50 per cent of what you need,” she highlighted.

The long-established issue of access to finance for small entrepreneurs in the Caribbean is now being addressed by the Canadian-funded Entrepreneurship Programme for Innovation in the Caribbean (EPIC) managed by the World Bank Group. EPIC specifically recognises the social and economic barriers for women through the Women Innovators Network in the Caribbean, WINC.

Giving back through mentorship

As well as offering support with credit, WINC is a valuable networking tool and a chance for successful entrepreneurs such as Grant to pay their success forward, and inspire other women in the Caribbean to follow in her footsteps.

“It’s about keeping the lines open and feeding the network that leads to unexpected opportunities,” she stated. “I have come full circle as it was through the robust WINC network that I helped to co-create that my initial opportunity and subsequent recognition came,”

Through her company GeoTechVision, Grant now operates in Jamaica and Guyana to offer services to 14 countries in the Caribbean. Today Grant feeds these roots through the WINC Acceleration Programme 2015, in her capacity as a facilitator for entrepreneurs in Guyana.

However, for Bartley, in the manufacturing industry being a member for such a network is still a long way off. While legislation has opened the doors to equality, significant cultural and social barriers remain, essentially impeding women from doing the same work as men in the factories.

“In terms of finding role models of women in manufacturing, that is still pretty tough, and it’s unfortunate. I hope more women step up and follow the examples of powerful figures like Doreen Frankson (former president of the Jamaica Manufacturers’ Association who runs the premier chemical production company on the island),” she surmised.

“While equitable and business-friendly laws are important, we cannot legislate change, it must come through education, learning. That is what will yield tangible behaviour change.”