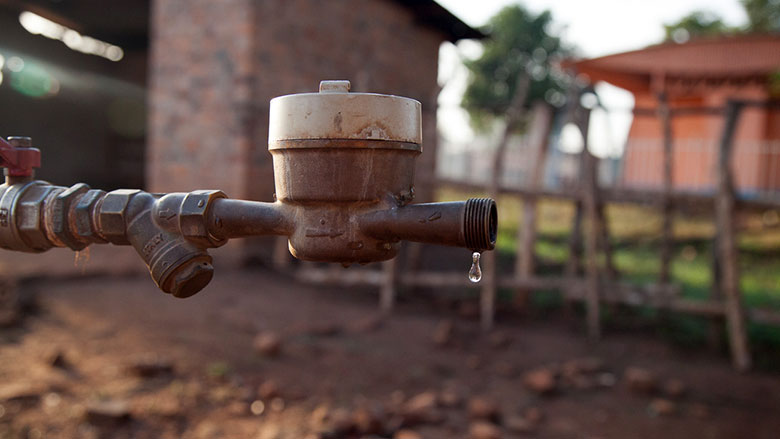 PORT LOUIS, February 29, 2016  – The Government of Mauritius (GoMU) and the World Bank recently signed a Reimbursable Advisory Services (RAS) agreement  to support water reforms designed  to improve the country’s water security in light of  climate change, and gradually foster self-financing sustainability of the  water sector  in the next  10 years.

Mauritius is increasingly suffering from water scarcity. The small island nation with renewable water availability per capita at only 1,083 cubic meter per year in 2013, it’s already classified as a water-stressed country, and is expected to fall under the water-scarce category by 2020 (projected at 974 cubic meter per year, below the 1,000 cubic meter threshold).  In addition, Mauritius is highly vulnerable to climate change, whose negative impacts are being already felt in the last decade through longer dry seasons, shorter wet seasons and increased intensity of droughts. This results in more than 20% of the population suffering recurrent intermittent water supply under normal conditions (i.e. even during the wet season) – a figure that can rise to 75% during the dry season.

The RAS agreement will pave the way for World Bank strategic support to the GoMU in putting in place a well-designed Public Private Partnership (PPP) for potable water services, while carrying out in parallel a broader institutional modernization of the water sector.

“This situation is not merely the result of water availability constraints, but is also largely due to operational issues, especially those that could help better control water loss in distribution networks,” reminded Brinda Devi Dabysing, World Bank task team leader for the operation.

This RAS shall represent the cornerstone of a comprehensive World Bank support package to  water PPP reform in Mauritius, combining expert technical assistance and financial instruments,  a potential provision of a Bank guarantee, and transaction advisory support to prepare bid documents and assist in the tender of the water PPP.

The World Bank counterparts for this RAS are the GoMU, in particular the Ministry of Energy and Public Utilities (MEPU) that has responsibility for the water sector, as well as the water utility, CWA.  This activity is aligned with the World Bank strategic support to Mauritius and builds on existing work developed with the International Finance Corporation (IFC).