The First Wealth is Health 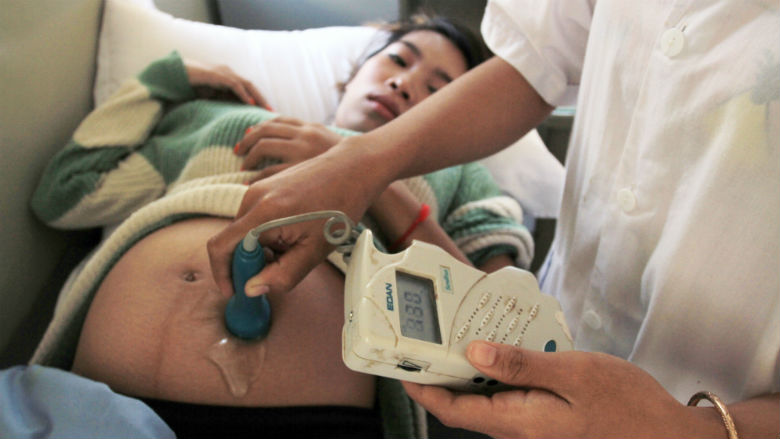 A new hospital facility in Preah Vihear is a symbol of the incredible change over the last 20 years in Cambodia’s health care system. The once ill-equipped hospital had a major upgrade and officially opened in 2013. Patients living in rural areas can now get the modern medicine they need without traveling far or trying to come up with money they don’t have. Today, 16 Makara is the largest hospital in Preah Vihear. It has modern equipment and is staffed with doctors and medical specialists including hospital director Dr. Koung Lo. Two of the patients were Chet Doc and Siv Mao. 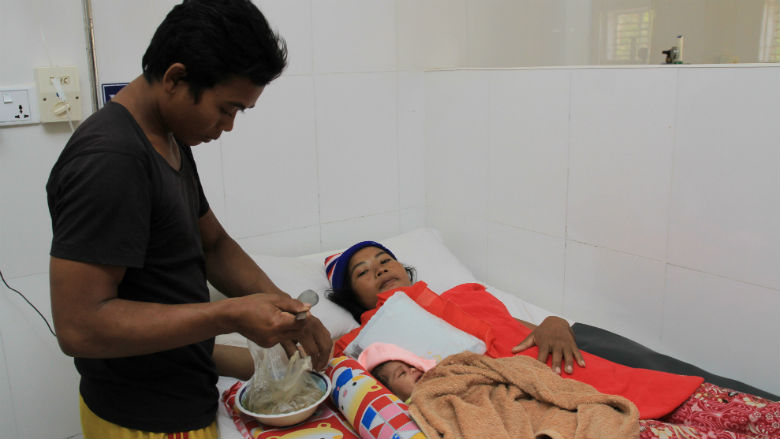 In a tiny village in northern Cambodia, a young woman can thank her quick-thinking mother-in-law and the new provincial hospital for her and her baby’s survival. Thanks to improvements in healthcare, maternal mortality in Cambodia has fallen approximately two-thirds since 1990. Siv Mao puts a human face on that statistic.

A year ago, 26-year-old Siv Mao had a cesarean section at 16 Makara Hospital after a traditional midwife could not help deliver her baby at home. Mao and her husband Ra Reth, 27, and their son live with her mother-in-law in Char Village, Preah Vihear province, about 400 kilometers from Phnom Penh.

“My job is farming. I live with my mother-in-law. My health is normal, but last year towards the end of my pregnancy I saw that I was bleeding. I was very afraid. I worried about my life and my baby. I was at home alone—my mom and my husband had gone to farm. Then I called them to come back.

“Some patients use Khmer traditional healers, but some go to a health center. If we don’t have money, we borrow from relatives. I was sent to the health center. When we arrived at the health center, they started an intravenous drip, but the bleeding didn’t stop. They told me they could not treat me and sent me to the provincial hospital. It was there that the doctors operated on me to deliver my son. He is now one year old. His name is Rith Samnang ‘Lucky’. We are all very lucky. He is in good health.” 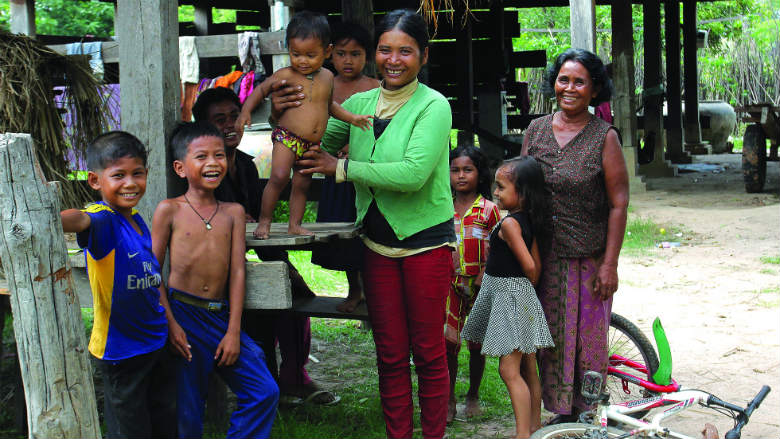 “When we arrived at the hospital, doctors told me that if she had been sent to the hospital even two days later, she would have died. The doctor told me that they would operate on her the next day. I was so happy to hear that my daughter-in-law would survive. My son was worried, but I told him that there are good doctors here and they can rescue your wife.”

“I thanked the doctors and the organization for helping us. Today, my grandson is in good health. I am also a trained midwife, but when I saw my daughter-in-law’s condition, I was very worried because I had never seen such a case. She was lucky to have the organization and hospital to help her and that we had a good road that could take her quickly to the hospital.”

“If there were no support from the organization and no new hospital with skilled doctors, I would have spent everything I have to save her – even if I had to sell my house or my land – because I love her very much.” 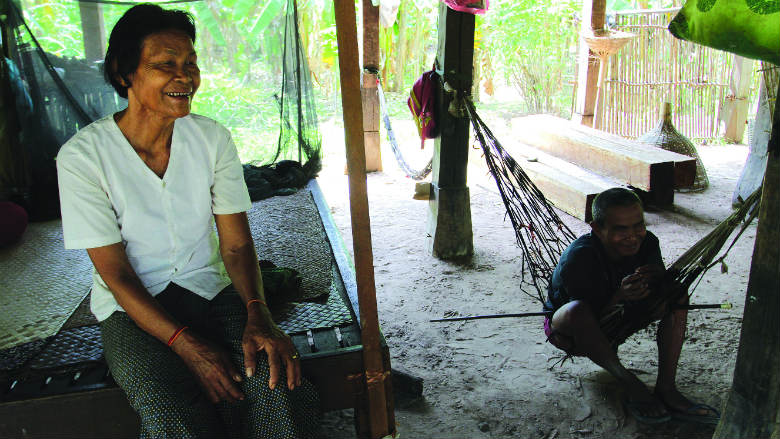 Chet Doc, 66, who lives in North Kulen Village, Preah Vihear, was treated at the hospital. Doc‘s husband, 65-year-old En Tel, was blinded in a land mine explosion during the civil war in 1989.

“My name is Chet Doc. I have six children—four sons and two daughters. They all are married and live with their own families. I live with my husband. My children support us. We used to farm but I cannot do any farming now. We didn’t have buffalo or cows for plowing so we did it ourselves. My health is poor. Before the hospital or health center was built, Khmer traditional healers treated our illnesses.”

“Before I was sent to hospital, my children spent a lot of money to buy traditional medicine for me. They borrowed money to buy the medicine, but I didn’t get better. Then my husband asked my children not to treat me with the Khmer traditional medicine. He asked them to take me to the provincial hospital. I was very lucky that he made that request.”

“My children hired a transport with 100,000 riel ($25) that they had and borrowed 1 million ($250) more to send me to the hospital. In the hospital I was unconscious for three days. When I finally woke up, the first thing I did was to ask my children how will we pay the hospital bill? They told me that the Health Equity Fund paid all the treatment fees and they also paid for transportation.”

“My children also told me that the doctors took very good care of me. I told my children that because of the care I received, my life was saved. Then I prayed for the doctors and I wished them good health so they could treat me again.”

“Before I was treated my body was shaking all the time. My body was so painful, I could not sleep. Now I am better. I can walk and carry some water. Before I could not carry anything—not even a plate.” 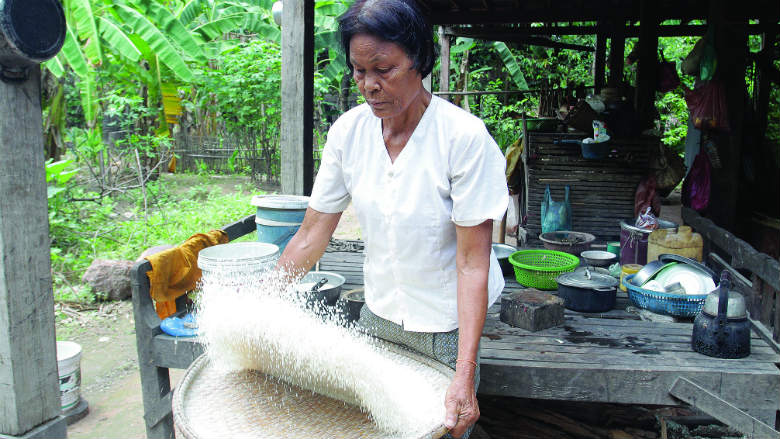