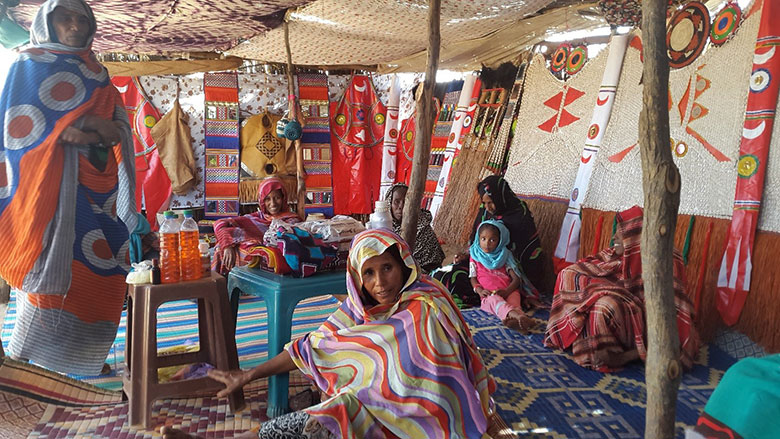 DARFUR, February 24, 2016 – For Zainab Ibrahim, a middle-aged woman living in West Darfur State, making a living was a dangerous affair. She used to trek into the forests surrounding her small village in Al-Kerenik locality, 85 kilometers east of the state capital El-Genina, to gather firewood and later sell her gains in the market. But the journey was both arduous and risky.

“I suffered many bad things in the wilderness,” she said.

Like Ibrahim, Fatma Abbakar, another former firewood gatherer, made the same perilous trips.

“Going into the forest as a woman was rife with risks” she said. “We were subjected to a lot of trouble.”

Through the Sudan Peacebuilding for Development Project (SPDP), Ibrahim, Abbakar and 38 other women in the village were trained in food processing, a  safer, alternative employment  option. They were also given micro-grants to start a small business in food production, and now make and sell various types of juices and cookies, earning an average of 70 to 80 SDGs (US$12 to $14) a day.

“It is much better now,” said Abbakar. “I stay at home making food then take it to the market. I use the profits to cover living expenses, and come the beginning of the month, I am able to pay school fees for my four children.”

Livelihood and economic development is just one part of the SPDP project, which has been financed through the World Bank-managed State and Peacebuilding Fund (SPF). The project is in its first ($4.2 million) and second ($4.99 million) phases. Since funding began in September 2010, the project has undertaken a wide-range of activities aimed at improving livelihoods and promoting peaceful coexistence between divergent groups living along livestock migration routes demarcated by the project in the war-prone states of Darfur, South Kordofan and Blue Nile. The primary focus is on reducing incidence of conflict between nomadic pastoralists and sedentary farmers over natural resources, in particular water and pastures.

As part of this focus, the project demarcated 180 kilometers of Habila Abu Ardib livestock migration route in West Darfur State. According to Abdel Aziz Dauod, a pastoralist herding his camel on the route, the demarcation provided a corridor for the movement of pastoralists and, as a result, their cattle no longer trespass on farmers’ lands.

“It [the demarcation] is good because we as pastoralists had no option [before] but to encroach on farmers’ lands to feed our camel,” Dauod said.

Competition between different ethnic and livelihood groups over scarce natural resources such as water remains one of the root causes of insecurity in Darfur, where only 8.8% of the region’s estimated 8.2 million people has access to water services.

In Central Darfur State, three water reservoirs were constructed through the project, storing a much-needed supply of water as rainfall has been scarce in recent years. A water reservoir built by the project in Aorokom locality, seven kilometers east of the state capital Zalengi, has led to a lower rate of conflict between farmers and pastoralists. As a result, pastoralists are now able to access the water source without resorting to crossing cultivated lands to replenish their herd from naturally-forming water reservoirs.

“Al-Hamdullilah [thank God], the frictions that used to occur between ourselves and pastoralists are no longer there,” said Adam Fedail, a farmer living near the water reservoir. “This reservoir helped us tremendously in terms of security.”

SPDP also works to empower one of Darfur’s most vulnerable groups, internally displaced persons (IDPs), who constitute 1.43 million of the region’s population.

In Abu Shouck IDP camp, seven miles north-east of North Darfur’s capital El-Fasher and home to more than 80,000 IDPs, the project gave 328 people – mostly women - access to micro-finance. Additionally, the project organized 140 women to form village savings and loans groups, where they learned how to pool, save, manage and invest their own resources to pursue income generating activities.

Like many of the targeted camp residents, who were able to start and grow their own micro-businesses, Fatma Adam used the micro-grant she received from the project to start a small restaurant and is now able to afford paying for her children’s education.

Amal Ahmad, who used the micro-grant to start a handcrafts business, said the project transformed the women in the camp into a productive force.

“Before we received the micro-grant we were just sitting [with our] hands tied at home,” Ahmad said. “We did not know how to make these handcrafts. Now, Al-Hamdulilah, we have learned a craft and our affairs are going well. “ 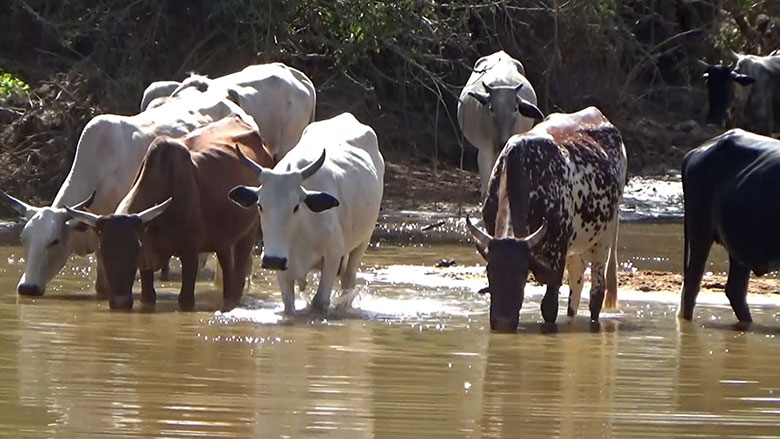