Mike Beck: When It Comes To Valuing Mangroves And Reefs, "We Can Do A Much Better Job". 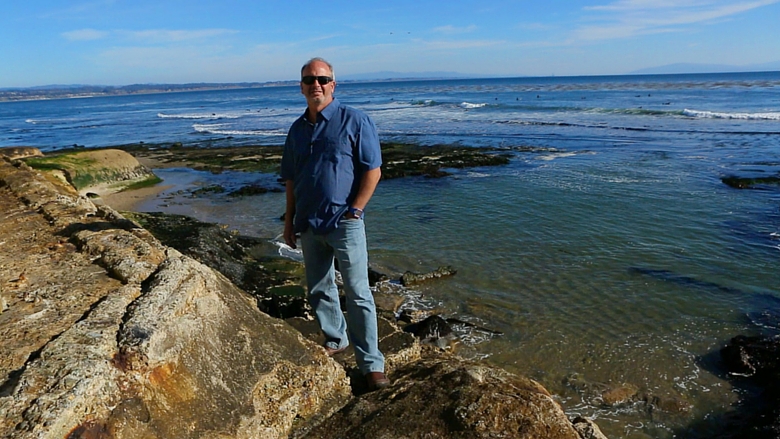 Coral reefs and mangrove forests provide valuable ecosystem services, from fish habitat to sources of income from tourism. Now another benefit of these environments is receiving renewed attention: their ability to sustainably and cost-effectively protect coasts from erosion and flooding.

The World Bank Wealth Accounting and Valuation of Ecosystem Services (WAVES) Global Partnership and The Nature Conservancy teamed up to prepare updated guidelines on how to value the coastal protection services provided by reefs and mangroves, in order to effectively integrate these benefits into policy and decision-making.

We spoke with Michael Beck, Lead Marine Scientist at The Nature Conservancy, who co-led the report Managing coasts with natural solutions: Guidelines for measuring and valuing the coastal protection services of mangroves and coral reefs and has extensive experience in conservation and coastal resilience efforts.

You’ve been working and studying marine ecosystems for decades. What first drew you to coastal habitats in particular?

I grew up along the shores of New York, and so now I can’t even imagine not being around the water. I’ve grown up there, I’ve played along the shorelines, and I’ve been blessed to do so much research on them. And of course I’m a surfer, so that draws me to waves.

From those experiences, how have you move into research in coral reefs and mangroves, and what role do they play in protecting coastlines from flooding and other natural disasters?

Well I’m an ecologist by training, so I first started studying populations of stone crabs in the Gulf of Mexico, and felt really comfortable in the ecological role that habitats like marshes and oyster reefs and sponge gardens were playing. And then it just a very natural progression to understanding what’s the value of these habitats for other people. And for many places around the world, the value of some of these coastal habitats for defense - that is reduction of waves and storm surge – is a really important value for communities. And so it has felt very natural getting into that kind of work; that in addition to the ecological value, there are very much social and economic values that really matter.

Some of your latest work has been a report with the WAVES Partnership on coral reefs and mangroves. What new findings are you most excited about in this report?

I think what we’re most excited about is that we can apply really rigorous approaches from the engineering and insurance sectors to understand the value of these habitats. And again, these are amazing habitats in their own right, for their biodiversity. Anybody who’s been diving on a coral reef or walking around a mangrove forest knows how cool the biodiversity is. But it’s also really important to be able to value these additional benefits, and flood reduction is something that we can do a really good job [on] in terms of identifying when, where and how do these habitats really provide significant value to people.

Your latest work with the WAVES Partnership recommends using the Expected Damage Function approach for assessing the benefits of coral reefs and mangroves. Can you explain what this is?

It sounds rather complicated but it’s actually pretty simple. So let’s back up to a typical way of valuing the flood protection benefit of coral reefs and mangroves, [which] is often to go, well if I lost those mangroves or reefs, what’s the cost of replacing them with a seawall or a breakwater? That’s the Replacement Cost Method. But learning from the engineering and insurance sectors, we can do a much better job of directly measuring the flood reduction benefit. And so, we can examine what a flooding levels now, and then what would flooding levels be without that reef or mangrove. And the difference in flooding level, and the social and built capital that exists between those flooding levels, that’s the benefit of what those reefs and mangroves in place. And that’s essentially the Expected Damage Function. You derive what is the current expected damage, and what would be the expected damage without those reefs and mangroves, and the difference is your value.

Given that information, do you think governments and policymakers will be empowered to change the way they view coastal resources management?

Well, we hope that this is one very important part of the puzzle. We do know right now that coastal risks are increasing greatly, and this concerns many decision-makers at local, provincial, national, multinational levels. So coastal risk is a very big, growing issue. And with sea level rise and potential increases in storm intensity, we’ve got real problems brewing and decision-makers know and appreciate that. They’re looking for effective solutions for risk reduction. We hope that by being able to better value the risk reduction from mangroves and reefs will help inspire their conservation as that first line of defense.

What are some examples of successful programs that have used this approach for mangroves and coral reefs, to manage floods?

In the recent report, we identify some 18-20 different places where there have been very large-scale conservation and restoration efforts, mostly for mangroves. Right now it’s reasonably well understood that mangroves provide some coastal protection value, and so countries like Vietnam and the Philippines have really been investing, in particular in mangrove restoration at very large scales, and showing that it can be successful.

How can this latest WAVES report inspire action?

Currently, many people, decision-makers, communities have some understanding that mangroves provide coastal protection value, and that’s why we’ve seen so much action in places like the Philippines and Vietnam. I see if I’ve lost my mangrove forest. And if there’s another typhoon, I actually see and understand if the loss of that mangrove forest has been contributing to the increases in damage that I see. That kind of knowledge, that direct experience, inspires action all on its own. Valuation helps, but that direct experience is really important. We don’t have that for coral reefs.  I don’t see if I’ve lost a foot or two feet from my coral reef. I then don’t know that, because I’ve lost that, [in] the next storm much more wave energy passes through, eroding my shoreline and flooding my communities. You don’t get that visceral feel with coral reefs, and we hope that by better valuing these benefits in a spatially explicit, engineering-centric approach, that we really can help people to understand just how critically important they are for coastal protection.