Panjab District, Bamyan Province – Every day, eleven-year-old Khadija walks for more than half an hour to arrive at school on time. She is a fifth grader at Dahan-e-Qalacha Middle School in Gandab village, one of the most deprived villages in Bamyan Province.

Dahan-e-Qalacha Middle School, a coeducational institution, sits on a bank of a small river, offering its students their first ever school building, furniture, and school materials for a conducive learning environment.

Prior to the construction of the school building, students attended classes in the mosque, private houses, tents, and even under the shade of trees. Both the heat and cold limited their access to schooling. Students and teachers only had a few boards, chalks, and books at their disposal. Due to the lack of facilities and equipment, students learning conditions were suboptimal.

Khadija recalls the time when there was no school building: “Our school had neither a concrete building nor enough chairs. Most students used to sit on plastic mats or simply on uncarpeted floors. Many classes were held under the shade of the trees.”

Students at Dahan-e-Qalacha Middle School receive a proper education now, says Yar Mohammad, a member of the School Management Council (shura). “Prior to the construction of the school building, a great deal of students’ time was wasted. They had to take out the board, chalks, and their carpets to the assigned places in the open air and then collect them at the end of the class. Also weather conditions like wind and rain would suspend classes frequently.” 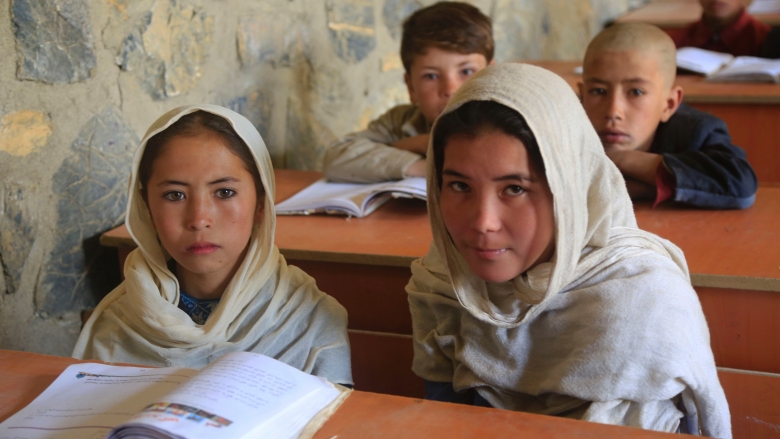 Rumi Consultancy / World Bank
" Initially the villagers did not show interest in the school, but their interest has grown ever since the school building was constructed.  " 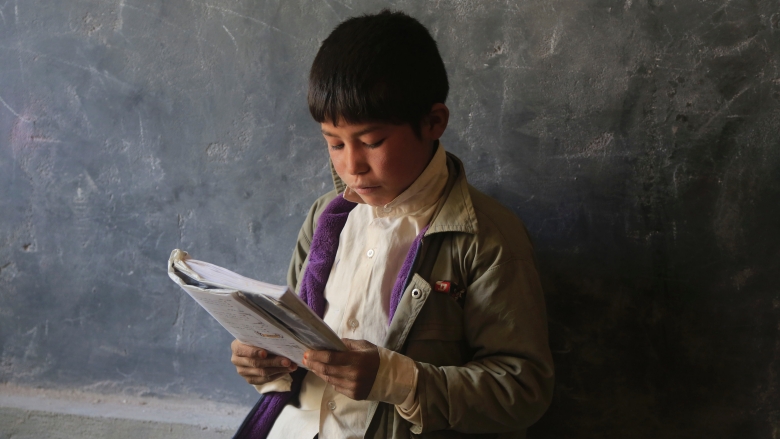 Students are more motivated to create a better future for themselves in the improved learning environment.

Enrollment has increased following the building of the school, as parents are happy to send their children to a safe and stimulating environment. “Initially the villagers did not show interest in the school, but their interest has grown ever since the school building was constructed,” says Abdul Rauf, 48, a resident of Gandab village. “Now people enroll their children in school and the enrollment rate in Dahan-e-Qalacha Middle School has increased from 100 to over 400 students.

Students are more motivated to create a better future for themselves in the improved learning environment. Ninth grader Mohammad Ali, 19, who will graduate at the end of the school year, says: “I walk an hour and a half every day in order to be on time at school. However, I do not hesitate as I want to become an engineer in the future and this requires effort.”

The school building, which has eight classrooms, was built with the assistance of an Infrastructure Development Grant of $64,000 from the Second Education Quality Improvement Program (EQUIP II). It took almost two years to build and was completed in 2010.

EQUIP II seeks to increase equitable access to quality basic education, especially for girls, through school grants, teacher training, and strengthened institutional capacity, with support from communities and private providers. It is implemented by the Ministry of Education and supported by the International Development Association (IDA), the World Bank Group’s fund for the poorest countries and Afghanistan Reconstruction Trust Fund (ARTF).

Under EQUIP II, a total of 338 School Management Councils have been established to improve the quality of education in target areas in Bamyan Province. EQUIP II has so far provided funds to 298 Councils in the province, among which is the Gandab School Management Council. The school council used its funds to help build Dahan-e-Qalacha Middle School, which currently serves 418 students.

In addition to the EQUIP grant, the Gandab School Management Council, comprising parents and community members, made a contribution of nearly 320,000 afghanis ($5,000) to help construct the school building.

Abdul Qodus Faizi, an EQUIP social mobilization team member in Bamyan Province, says that his team constantly mobilizes people to bring them closer to schools by creating School Management Councils. “We have managed to establish libraries and computer classes in many schools. They were previously not available in schools here,” he says.

Dahan-e-Qalacha Middle School has also received a Quality Enhancement Grant (QEG) of some $2,500 from EQUIP II for purchasing school supplies and equipment. QEGs are provided to schools across Afghanistan to finance school improvement plans prepared by the School Management Councils. The grants support school needs such as laboratory equipment, library supplies, and other materials that help strengthen the learning environment. To date, a total of 16,588 schools across the country have benefited from QEGs, amounting to $39.8 million.