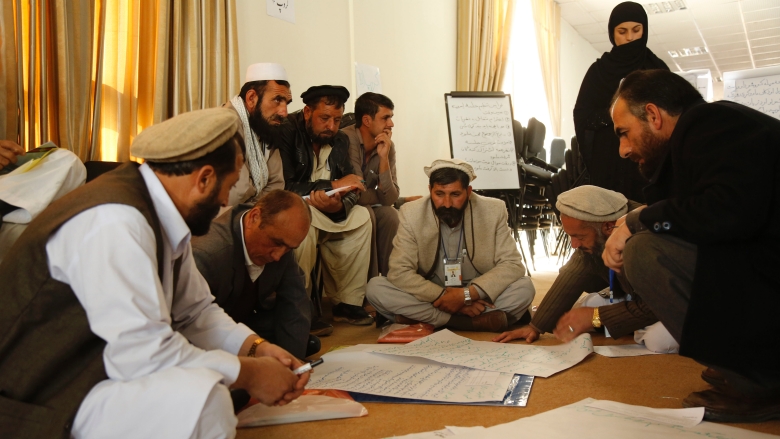 Community Development Councils are a key component of the National Solidarity Programme, the Government of Afghanistan’s flagship program on rural development.

KABUL CITY – Community Development Councils (CDCs), established in 85 percent of villages in Afghanistan, have shown to be highly effective in implementing development projects by engaging local communities in the initiatives. “It is a unique model—one that has proved its success in identifying local problems, developing the best ways to address them, and creating the best mechanism for implementation of solutions”, says Sher Shah Shahid, 41, former director of the National Solidarity Programme (NSP) in Balkh Province, about the CDCs.

CDCs are a key component of the NSP, the Government of Afghanistan’s flagship program on rural development. They have shown to be critical in citizen engagement in community initiatives. “CDCs have members from every part of the community so they know best about what their communities need,” says Shahid. “No other structure can be as effective as CDCs in identifying and prioritizing village-level problems. They know best how to implement projects so that its impact reaches the widest number of residents.”

The rich experience CDCs have obtained from project implementation and monitoring has given them a good reputation at sub-national and national level. They are seen by all stakeholders, including the international community and government, as effective and efficient implementers of community development initiatives.

Haji Mohammad Zahir, 56, a CDC member from Garmsir district in Helmand Province, points out: “Since people themselves implement projects in communities, they put more efforts toward maintenance of those projects as they feel a sense of ownership. This is a unique value of CDC work, which is extremely important to the success of the enterprise.”

Democracy in the villages

A CDC can be formed in any community with a minimum of 20 households and 50 percent female participation. Residents elect CDC members through secret ballot. A CDC comprises 12 to 30 members who serve for a term determined by the Ministry of Rural Rehabilitation and Development (MRRD), following which they are replaced by new members elected through another free and secret ballot election.

“CDCs have been established in 85 percent of the villages of Afghanistan since 2003,” says Ghulam Rasoul Rasouli, NSP Acting Executive Director, “35 percent of the CDCs have had two rounds of elections so far while the remaining 65 percent have had elections only once.”

The transparency in the elections has ensured a fair process. Says Ali Jan, 40, a CDC member from Daikundi Province: “In reality, CDCs are the real founders of democracy in villages. When a decision is to be taken at village level, all the residents see themselves involved. Both women and men can take part in the process, which was a rare thing prior to the birth of NSP.”

Atif Poya, another CDC member from Daikundi Province, agrees that women are now given more voice in community matters. “Women did not have the right to participate in discussion or any decision-making process in the past,” she says. “In our meetings, we now have around 40 percent female participation and women’s views are respected in decision-making.”

In many Afghan communities, men and women volunteer to run for seats in CDCs to take part in community affairs to fulfill their social obligation. Assistance to disadvantaged groups such as orphans, the poor, and widows is at the forefront of many CDCs’ priorities.

“The projects which have been implemented in the communities through CDCs have been more useful to the beneficiaries,” says, Nematullah, 51, CDC director of Khuram and Sarbagh district in Samangan Province. “Now, CDCs also cooperate with the local government towards improvement of the security of communities.”

Beneficiaries, such as Haji Mohammad Askar, 55, from Ghorian district in Herat Province, point out the multiple benefits from development projects in their villages. “Before NSP, we did not have power and we could only grow poppy but ever since we implemented NSP projects in our community, we have electricity,” Haji Mohammad Askar says. “People now grow saffron instead of poppy on their farms.” 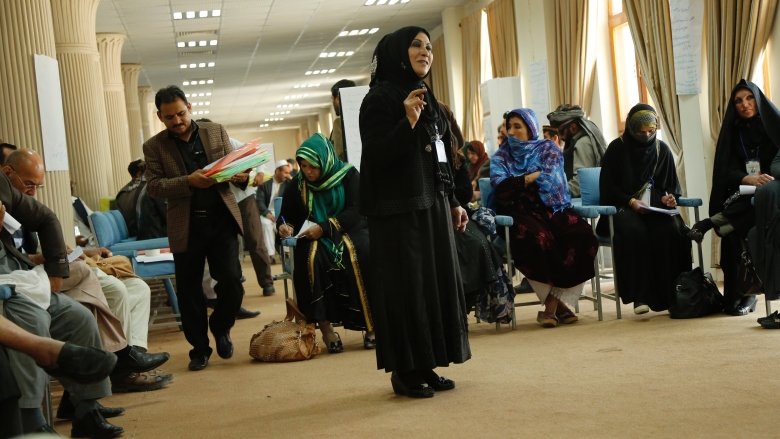 Both women and men can take part in the process, which was a rare thing prior to the birth of the National Solidarity Programme.

Rumi Consultancy/ World Bank
" CDCs are the real founders of democracy in villages. When a decision is to be taken at village level, all the residents see themselves involved. " 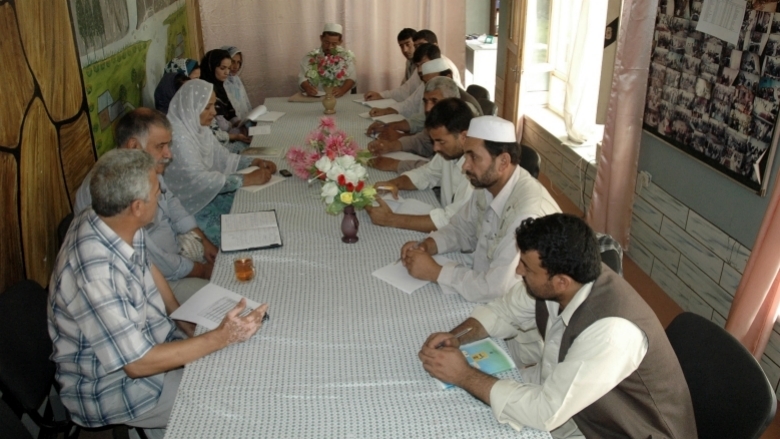 Despite its successful track record and significant contributions towards community development endeavors, CDCs have faced challenges in some parts of the country. These challenges have resulted in delayed or poor outcomes, arising from issues such as belated implementation of projects and insufficient reach of developmental projects to community members.

“Some project processes are not completed on time, so there are prolonged delays,” explains Abdullah Shah Saljooqi, 37, a CDC member from Jawzjan Province. “At times, there is no effective supervision in the implementation of certain projects, which leads to lower quality in the outcome.”

In addition, women’s participation in the CDC has been limited because of several factors, including the lack of capacity building. Nadia Barnayar, 40, a CDC member from the Mirbacha Kot area in Kabul Province points out that there are insufficient educational and awareness raising programs for women. If such programs were to increase, she says, they would put women in a much stronger position to contribute towards the enrichment of NSP activities.

Not only have CDCs been able to engage people to implement MRRD projects but they also have helped with the implementation of projects of other ministries—a crucial help to those ministries in terms of successful implementation.

Haji Abdul Aziz, 55, from Urgoon district in Paktia Province says: “Our community council has become a gateway for enabling us to use different government projects to dig wells and build bridges, and build other infrastructure in our community, which has reduced the number of our challenges dramatically.” CDCs also are playing an important role in raising public awareness on many issues of interest, such as in health and education, to the communities, he says.

At the same time, CDCs have proven to be a reliable partner to the government in dispute resolution and tackling local issues, such as disputes over water management, inheritance, and divorce. Communities are now showing increased interest in taking a more critical role in important issues. This has led to heightened levels of exchange of experiences and viewpoints among community residents, which have brought them closer together and strengthened their sense of mutual respect and direction.

The National Solidarity Programme (NSP), under the Ministry of Rural Rehabilitation and Development (MRRD) is in its third phase and aims to generate a strong sense of ownership and social stability while enhancing service delivery and security through empowerment and development activities that communities identify, plan, manage, and monitor on their own. It is supported by the International Development Association (IDA), the World Bank Group’s fund for the poorest countries, Afghanistan Reconstruction Trust Fund (ARTF), Japanese Social Development Fund (JSDF), and a number of bilateral donors.