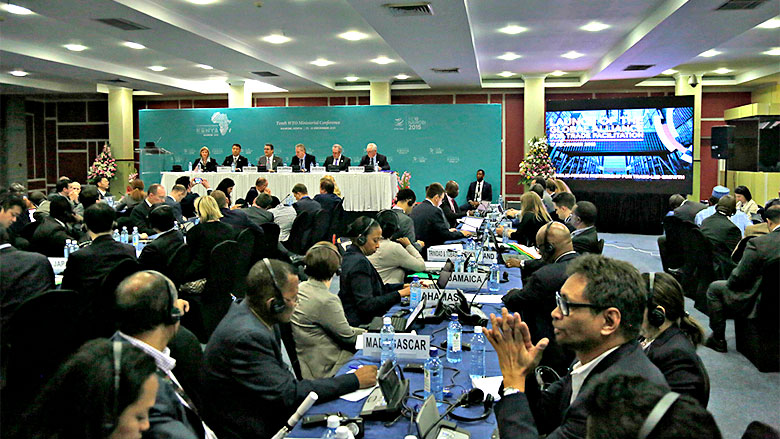 The Bank Group, through its $36 million Trade Facilitation Support Program (TFSP), is working with 47 of the countries that have ratified the TFA, on its implementation. Developed in December 2014, the support program is helping poorer countries meet the logistical and administrative burdens imposed by the TFA so that they can benefit from the agreement and expand their participation in global trade.

The fundamental idea underlying the program is the belief, backed by experience, that the costs involved in improving the flow of trade more than pay for themselves in increased volumes, revenues, and profit. The most recent Bank Group research suggests that full implementation of the TFA promises global welfare gains of around $210 billion per year, with the benefits flowing disproportionality to developing countries.

“We are convinced that the early implementation of the TFA is a ‘win-win’ for all countries,” said World Bank Group Senior Director for Trade & Competitiveness Anabel Gonzalez, who attended the Ministerial Conference in Nairobi. “Tackling these problems will lead to increased trade, greater export diversification, enhanced foreign investment, improved national competitiveness and will ultimately help get us closer to reaching the Sustainable Development Goals.”

Low-income country exporters face trade costs in manufacturing that are, on average, almost three times higher than their counterparts in advanced economies, a built-in disadvantage that hinders job creation and growth. Trade costs are even higher in the agriculture sector, which will need to play a central role if the international community is to meet its goals for poverty reduction.

At a typical border crossing in Zambia in Sub-Saharan Africa, a small trader might have to deal with as many as 16 government agencies to export goods, said Customs Commissioner Dingani Banda of the Zambia Revenue Authority. As a landlocked country surrounded by eight neighboring countries, a single business person trying to trade throughout the region confronts a daunting number of bureaucratic hurdles. Having overcome the challenges of production of goods and transport on inadequate roads, the difficulties of trading are only just beginning.

“When the goods even reach the border, there may be multiple government agencies all interested in making interventions,” Banda said. “And in some instances, making interventions not in a coordinated way. One finishes a process, another one says, ‘Hey, stop, I also want to check.’”

The Bank Group, through its Trade & Competitiveness Global Practice is bringing extensive experience to bear working with Zambia and other developing countries to ease trade flows and reduce costs and doing so in a way that benefits small and medium enterprises.

The Trade Facilitation Support Program is a multi-donor, rapid-response platform created and run in partnership with Australia, Canada, the European Union, Norway, Switzerland, the United Kingdom, and the United States. A majority of the countries requesting support through the program are in Sub-Saharan Africa.

More WTO members are expected to ratify the Trade Facilitation Agreement in the coming months.