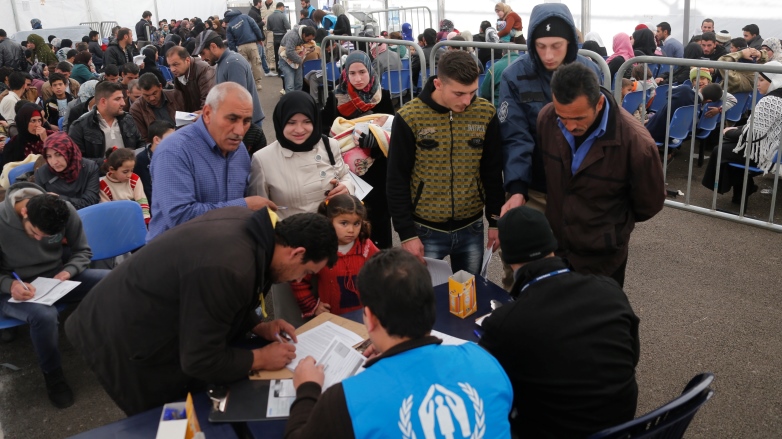 In addition to the devastating magnitude of human suffering, the last four years of instability in the Middle East and North Africa have taken a massive economic toll that threatens the long-term prospects of the region.  Going forward, any potential political solutions will have to be accompanied by the substantial funding needed to consolidate peace and pave the path back to stability.

History has demonstrated that the international community can come together to address such a critical challenge. “The Bretton Woods conference for the reconstruction of Europe began in 1944, a full year before the Second World War ended,” said Hafez Ghanem, World Bank Vice President for the Middle East and North Africa. “If you want to reconstruct Syria, Yemen, Libya and Iraq, you do not wait until the war is over. You start now.”

While damage assessments are being constantly updated, there is a clear sense of the anticipated costs. In Syria alone, it is estimated that $170 billion will be needed for reconstruction. Across the region – from Libya, to Yemen, to Gaza, to Iraq and all other countries affected by conflict and instability – the costs are staggering.

The ongoing conflicts have also placed an immense strain on neighboring countries, stoking social and economic tensions in peaceful, albeit fragile countries. Syria’s neighbors have kept their borders open throughout the fighting, with Lebanon providing sanctuary for over one million refugees, and Jordan for over 600,000. The impact on Lebanon, with a population of less than five million, is the equivalent of the entire population of Mexico seeking refuge in the United States. The rapid surge in population has pushed up government expenditures, at the same time as conflict has caused a significant loss of revenues due to interrupted trade and investment. This represents an economic crisis, and with humanitarian aid stretched thin, both Jordan and Lebanon have been struggling to cover the shortfall between lost revenues and increased responsibilities.

Even countries in the region that are not hosting refugees are in urgent need of funds to kick-start growth. Instability has caused a regional economic slowdown, which, among other effects, has perpetuated widespread and chronic youth unemployment, a critical factor that led to the Arab Spring.

The stream of desperate refugees trying to reach Europe has driven home the fact that peace and stability in the Middle East and North Africa is a global concern, and a global responsibility. The question therefore is how the international community will provide the financing needed to stabilize countries across the region, and create the conditions for recovery and reconstruction.  Grant resources are scarce, and the needs far outstrip the resources of donor countries and international development organizations alike. Potential investors in the region are also wary due to the pervasive instability. 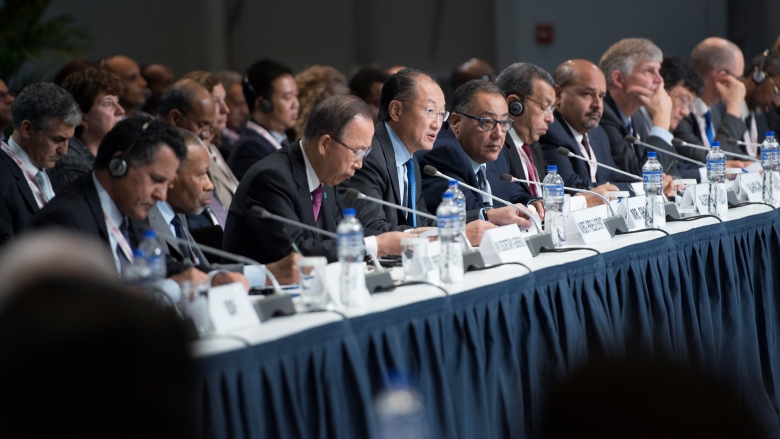 Grant Ellis/World Bank
" Do not punish us for being an upper middle-income country, because we are doing the right thing on behalf of the region and the world. "

Countries such as Jordan and Lebanon are caught in a bind. As middle-income countries they do not have access to the concessional financing available to the poorest countries, despite the fact that they are responding to a humanitarian crisis and providing a global public good. As Imad Fakhoury, the Jordanian Minister of Planning and International Cooperation, recently appealed, “Do not punish us for being an upper middle-income country, because we are doing the right thing on behalf of the region and the world.”

In order to address this financing gap, the World Bank Group has teamed up with the United Nations and the Islamic Development Bank Group to rally the international community around a united effort to meet the immense scale of the challenges. The aim is to use innovative financing mechanisms to expand the amount of funds available to countries across the region, and at a significantly lower cost.

For instance, the capital markets can play an important role in helping cover the large volumes of financing needed for post-conflict reconstruction or massive economic recovery programs. For countries hosting refugees, grants can be mixed with loans to provide financing at highly concessional rates. This would ensure that countries have the resources required, at a significantly lower cost, to expand basic services to meet the development needs of both refugees and local communities. Moreover, the aim of this joint initiative is to eliminate the duplication of development efforts, and instead strengthen the coordination among donors and international organizations so as to ensure maximum impact on the ground.

The financing initiative is now gathering steam. It was first presented in Lima, Peru on the sidelines of this year’s Annual Meeting of the World Bank and IMF, at a meeting convened by the UN Secretary-General and the President of the World Bank Group. Over 50 countries and organizations participated and agreed to finalize the design of the innovative financing initiative by February 2016. “We have made steady progress since Lima,” said Franck Bousquet, World Bank Director of Regional Programs and Partnership in the Middle East and North Africa, coordinating this Initiative, “which is a clear sign that the world is ready to come together now to help countries cope with the consequences of conflict, and to be ready for peace wherever and whenever it emerges.”

Ultimately, peace and stability are the essential conditions for sustainable development. Without the funds to launch reconstruction at the first glimmer of peace, to support countries hosting refugees and to restore growth, the region will remain locked in a cycle of instability. The world came together to rebuild and invest in Europe following the destruction and devastation of the 1940s. Today, concerted and decisive action by the international community is critical in order to ensure that the future of the Middle East and North Africa is characterized not by fear, conflict and suffering, but instead by peace, opportunity,  and prosperity.