Leveraging Urbanization for Prosperity and Livability 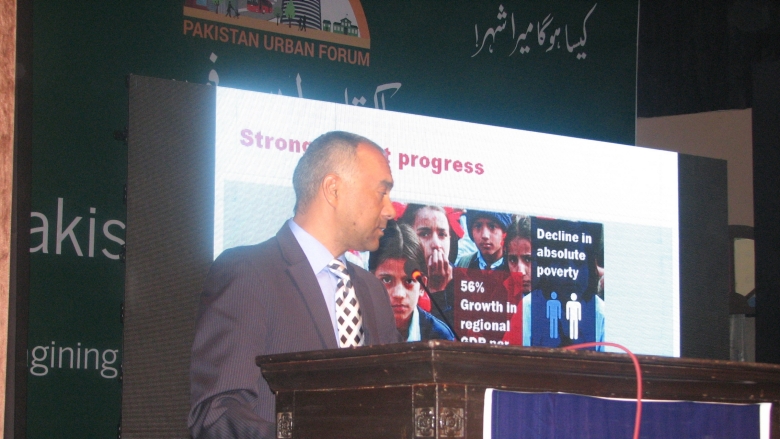 Pakistan is the most highly urbanized of South Asia’s major economies and, over the next 30 years, it is forecast that the number of people living in the country’s towns and cities will nearly double from 72.9 million to 155.7 million. Increasing urbanization has important implications for the economy, the environment, infrastructure and basic services. This was discussed at the Third Pakistan Urban Forum – an annual gathering of urban policymakers, practitioners, scholars and students – in Lahore this week.

Vibrant cities can be a catalyst for wider structural and economic transformation of a country, not to mention an important escalator out of poverty.  Pakistan’s cities are estimated to generate 78 percent of national GDP.  Nevertheless, urbanization in Pakistan remains underleveraged.  Evidence of this lies in the fact that Pakistan’s GDP per capita is significantly below what is predicted level for a country of its level of urbanization.  Moreover, along with other South Asian cities, Pakistan’s cities fare poorly in terms of their overall livability.  Karachi, for example, ranks 135th out of 140 cities globally on the Economist Intelligence Unit’s 2015 livability index, leaving it lagging behind not only the cities of North America and Western Europe, but also cities as Baku (Azerbaijan), Manila (the Philippines), and Tunis (Tunisia).

So why is Pakistan struggling to make the most of urbanization?    “Messy and Hidden Urbanization”, is the all- encompassing answer according to the latest World Bank report Leveraging Urbanization in South Asia: Managing Spatial Transformation for Prosperity and Livability that was launched at the Forum. 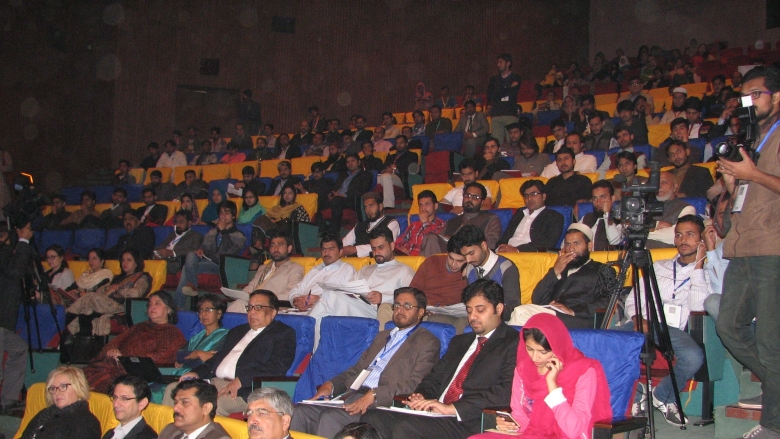 Audience at the Third Urban Forum

" The recent local government elections and the fact that cities will soon have democratically elected mayors presents an unprecedented opportunity for Pakistan to address these three urban governance deficits and thereby leverage much better the benefits of its urbanization process. " 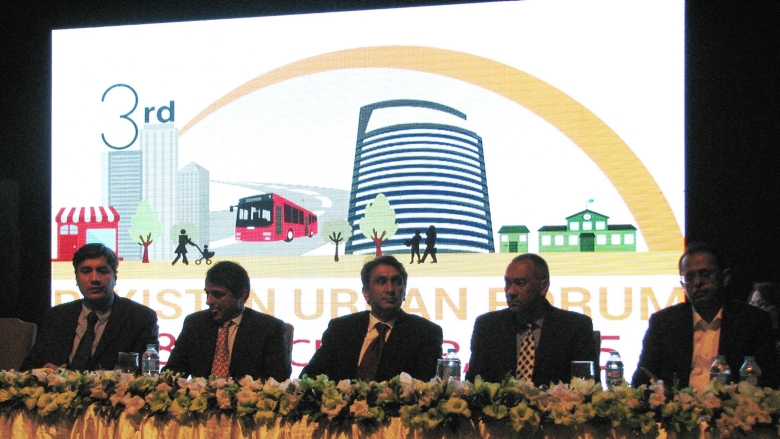 What is ‘Messy and Hidden Urbanization?’

Mark Roberts, Senior Urban Economist of the World Bank and a co-author of the report, explained ‘Messy’ as the widespread existence of slums and sprawl.  This sprawl he said helps gives rise to   urbanization, on the peripheries of major cities, which is not captured by official statistics, hence, the ‘Hidden’ part of the equation. ‘Messy’ urbanization also manifests itself in the form of inadequate access to housing, drinking water, and sanitation services, not to mention city streets that are gridlocked with traffic.

Unplanned urbanization can also be witnessed in the widespread existence of poverty and slums.  In Pakistan in 2010, about one in eight urban dwellers lived below the national poverty line and an estimated 46.6 percent of the urban population lived in slums.

Officially, 36 percent of Pakistanis lived in urban settlements in 2010 but the World Bank estimates that the actual share of the population living in areas with urban characteristics may be as high as 55 percent. Furthermore, as urban areas have expanded and spilled-over their formal administrative boundaries, so Pakistan has witnessed the emergence of continuous belts of urbanization that exhibit the form of large multi-city agglomerations.  This is particularly true in Punjab province where Lahore, Chiniot, Gujranwala, Gujrat, Lalamusa and Sialkot now form part of a single belt of urbanization that is visible in satellite imagery of lights at night.  Acknowledging the true extent of urban areas can help to facilitate better planning and metropolitan management.

Pakistan’s cites are the primary generator of GDP in the country and the Government’s Vision 2025 priority is urban job growth. Planning ahead for urban growth can help create vibrant and productive cities that fuel the country’s growth, but that requires dealing with the existing problems of unplanned urbanization. Failure to do so will only perpetuate the status quo of cities which lack livability.

To better tap into the economic potential that urbanization offers, the World Bank report asks policymakers in Pakistan and the rest of South Asia to consider actions at two levels – the institutional level and the policy level. At the institutional level, Pakistan would benefit from improvements in the ways in which towns and cities are governed and financed. Specifically, the report suggests reforms to address three fundamental urban governance deficits – in empowerment, resources and accountability:

“The recent local government elections and the fact that cities will soon have democratically elected mayors presents an unprecedented opportunity for Pakistan to address these three urban governance deficits and thereby leverage much better the benefits of its urbanization process,” said Peter Ellis, Lead Urban Economist and a co-author of the report.

They may also help provide the catalyst for other reforms that are necessary to address, in particular, messy urbanization and bring about lasting improvements in both prosperity and livability.  These include policies to improve the ways in which Pakistan’s cities are connected and planned, the working of land and housing markets, and cities’ resilience to natural disasters and the effects of climate change. Forum participants from   different walks of life including, government, media, think tanks, academia, and civil society displayed keen interest in the subject and engaged in a lively exchange with the experts.