Entrepreneurship is the trend in Latin America 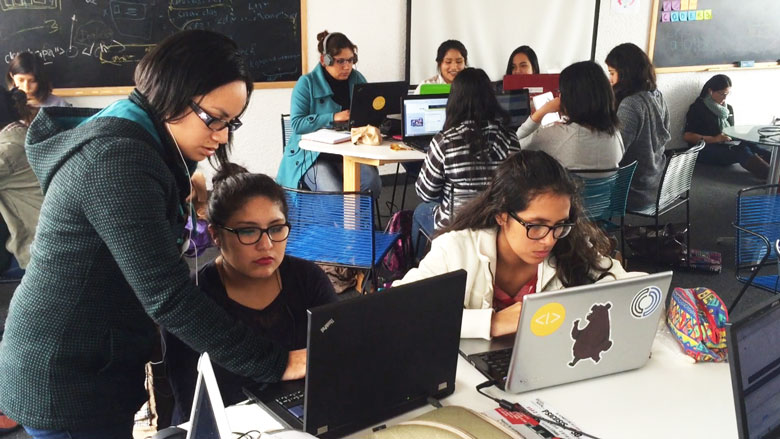 Motivated more by opportunity than by necessity, young people in the region are creating their own jobs rather than looking for them.

What does it take to become a Latin American Mark Zuckerberg, or even just someone who makes a living running a business out of his living room?

The motivation to become an entrepreneur is not always money. Whether it is through programs to attract entrepreneurs –such as Start-Up Chile in the so-called Chilecon Valley-, or through training to develop a business model, or even some simple but timely advice, any incentive serves to transform big ideas into lucrative businesses.

Youth opt to become entrepreneurs for a variety of reasons. According to the Global Entrepreneurship Monitor, nearly two of every three Latin American entrepreneurs are driven by opportunity rather than necessity.

The Latin American and Caribbean region has become a breeding ground for new businesses led by young people. It is now the second most enterprising region in the world.

Four of every 10 Latin American youth report a desire to become an entrepreneur, but not all of them take that first step. We asked those that did why they decided to start their own business:

“Search for jobs” vs. “create jobs”

Unlike other generations, young people today are less willing to wait to be hired by a company to begin their careers.

For Argentinian Carlos Balestra, a young entrepreneur and co-owner of Tensión Creativa y Cavok, which makes extreme sports equipment, the road was not easy.

Today, however, the company exports kites and longboards to several countries of Latin America and Europe, as well as to the USA. To reach international markets, Balestra and his partner had help: they employ 10 people in their factory. Balestra says that “a big reason for what I do is that we give people jobs.”

“The previous model of focusing on attracting a factory that could employ many people can no longer be the only strategy. We have to generate other formal ways to create jobs,” says World Bank private-sector specialist Cristian Quijada Torres. He believes that promoting entrepreneurship among youth can also be part of a formal job creation strategy in the region.

It is not only a question of contributing to a country’s development through job creation. “When we talk about technological entrepreneurship, it is also a way to support the diversification of economies, especially our economies, which are heavily concentrated in natural resources,” says Quijada Torres.

Marc Segura, of Mexico’s Playbusiness, a collective investment platform for start-ups, has this to say: “We realized that firms such as Google and Apple represent 27% of GDP of the United States. They achieved that because they are innovative companies that create industries and change the world. So we are betting on this investment ticket. In a couple of years, we will have new generation companies that will make the country grow.”

“Our goal is to transform the technology sector into an opportunity for young women in Peru and the rest of Latin America,” says Mariana Costa Checa, founder of Laboratoria, a social enterprise that trains women to become web designers and links them with companies that need their talent.

According to Quijada Torres, “young entrepreneurs create their own businesses and at the same time contribute to the economy and society with the goods and services they provide.” There are real opportunities to create new products and markets, in addition to developing innovative solutions to major social problems in our countries.

Young people and experts agree that the road to entrepreneurship is lined with obstacles and that Latin America faces a major cultural roadblock: an aversion to risk.

“We have to overcome the stigma of failure. It should not be viewed as an end but rather as one more step in the learning process,” says Quijada Torres.

“We have made many mistakes along the way,” says Costa Checa, whose Laboratoria has already placed 60% of its trained web designers in the job market. “To think that things were going to be easier than they ended up being or to think that we were going to make changes in a very short time,” are two examples of the miscalculations Checa and her team made along the way.

“Initially, it was really hard,” says Balestra, referring to his first experiences as an entrepreneur. He recognizes the mistakes they made every day. “You are constantly making decisions, so it is impossible not to be wrong sometimes.”

“It is different in the U.S. There, you are expected to fail several times. That’s because you learn from those failures so you can improve your business model,” says Quijada Torres.

For the expert, it is essential to change the mindset in the region and to do so from an early age. Children and young people need to be taught not to fear failure. This idea should also be promoted in the wider society.

“This aversion to failure is not irrational. It is associated with the fact that it is very difficult to fail and close a company in the region,” says the specialist. He stresses the need for cultural shifts and regulations to make it easier to create and restructure companies.

“My son the entrepreneur”

Another cultural barrier is entrepreneurship as a career choice.

Traditionally, young people leaned toward professional careers in medicine or law. “Being an entrepreneur was never well-viewed. It was likened to being a dealer. It was not among the more respected careers,” says Quijada Torres. He believes entrepreneurship should be viewed as a career as important as any other, and perhaps one that is even more valuable for a country’s development.

“We have to believe in ourselves. It doesn’t matter whether we’re in Mexico or somewhere else in Latin America. We have the same ability to program, the same resources to be able to create huge companies that transform the world,” says Segura, of Playbusiness. “Success has to be focused on what we can create and do,” he says. The first Playbusiness success was the company itself, which managed to raise over US$ 100,000 in seed funds from private investors.

Young entrepreneurs will be a focus of discussion at the Annual Meetings of the World Bank and the International Monetary Fund in Lima, Peru. On October 8, a panel of global leaders, CEOs and young entrepreneurs will discuss the role of entrepreneurship and youth in the development of countries.  You can follow the event online and post your questions on this page.