Learning from West Africa to Build Stability and Security

What do Sierra Leone, Liberia, and Côte d'Ivoire have in common? They are all countries in West Africa that have successfully exited from civil war and large-scale conflicts, offering lessons in building resilience.

The recent Ebola outbreak provided a tragic reminder of the long-term consequences of conflict in this sub region, but overall, West Africa has suffered fewer casualties from conflicts over the past 60 years than any other part of Sub-Saharan Africa.

In addition to the critical role of strong leadership, their experiences highlight the importance of development organizations in helping to rebuild institutions and address grievances in the aftermath of conflict or political turmoil.

“It is more important than ever for governments and their development partners to draw lessons on the dynamics of resilience to violence and conflict from the experiences of countries in West Africa,” said Alexandre Marc, Chief Specialist for Fragility, Conflict and Violence, World Bank.

To support these efforts, a new study “The Challenge of Stability and Security in West Africa” captures lessons and analyzes the drivers of conflict and violence to make recommendations on how to improve the way development partners can support stability.

The study comes at a critical time for West Africa. In recent decades, the sub region has moved ahead making strides in democratic consolidation, economic growth, and regional cooperation, boasting some of the most stable countries in Africa. But future progress could be undermined unless development policies take a strong role in fostering stability.

According to the study, while large-scale conflicts and wars have receded in West Africa, a new generation of threats has emerged over the past few years, including drug trafficking, maritime piracy and extremism – suggesting that the nature of violence is changing.

For example, progress in democratization that began in the 1990s has enabled power transfer through elections, not military coups. However, this has also led to an increase in election-related violence, precipitated by greater political competition among ethnic or religious constituencies. Countries of the region are working to address this challenge, including efforts by civil society organizations to deploy election monitors and develop a guide to manage election disputes.

West Africa is making impressive progress in economic growth, democratization and regional cooperation. Take a look at the lessons from the sub region, emphasizing the importance of development policy in supporting stability to reduce conflict and violence over the long term.

Critical areas identified by the study to improve stability and peace in the long term include:

4) reducing grievances around the management of extractives;

5)  improving the management of migrations and the rights of migrants;

7) supporting security sector reform and strengthening justice and the rule of law.

The challenges are complex, and require coordination and sustained engagement over long periods of time.

“Development policies are a central part of peacebuilding and stability efforts, because economic and social development is critical to reducing tensions linked to grievances whether over exclusion or unequal access to resources,” said Marc, the lead author of the study. “Focusing on strengthening stability as an important objective of development policy will help to reduce conflict and violence in the long term.” 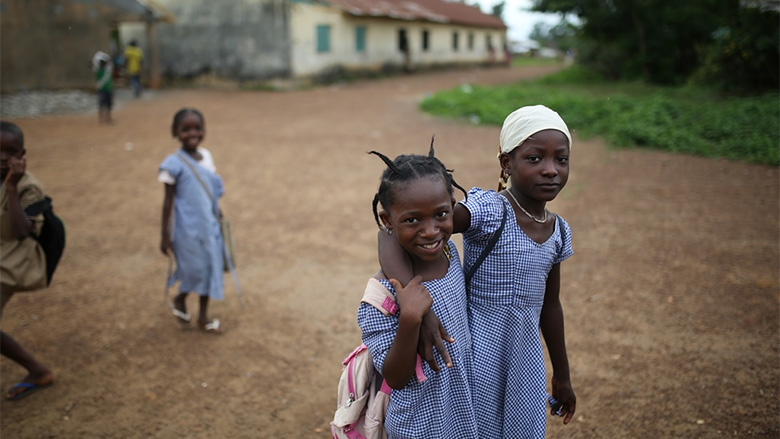 Toward Stability and Security in West Africa