Ancient qvevris at a monastery in Georgia's Kakheti region

Known as the “cradle of wine”, Georgia has a long tradition of producing organic wine. One of the country’s oldest wine-making methods involves the use of a “qvevri” – a large clay amphora-like vessel that is traditionally buried in the ground up to its neck, and in which wine is fermented and stored.

During the fermentation process, which occurs naturally without the addition of nutrients, the qvevri is sealed with a ceramic lid and then buried in soil. The wine is left to mature for up to six months before the qvevri is opened and the unfiltered but clear wine is ready to be bottled.

This centuries-old technique is still used all over Georgia, although most often in the eastern region of Kakheti, and was approved by UNESCO in 2013 for inclusion in its list of Intangible Cultural Heritage. According to UNESCO, “the tradition plays a vital role in everyday life and celebrations, and forms an inseparable part of the cultural identity of Georgian communities, with wine and vines frequently evoked in Georgian oral traditions and songs. Knowledge of this heritage is passed down by families, neighbors and friends, all of whom join in the communal harvesting and wine-making activities."

Recognizing the importance of maintaining the qvevri tradition of wine-making for Georgia’s cultural heritage as well as for its economy, the Government has set about the creation of a “Qvevri Workshop” in the eastern part of the country. The small village of Ikalto, about 110 km from the capital Tbilisi, has been selected for the location of this unique school – with 5,500 m2 allocated to house a museum, an internet cafe, a cultural center equipped with state-of-the-art technologies, and a workshop where visitors can learn ancient wine-making methods.

GEL 2.3 million is being invested in the initiative, which is supported by the World Bank’s Regional Development Project for Georgia. The overall objective of this Project is to improve infrastructure services and institutional capacity to support the development of tourism-based economy and cultural heritage circuits of the Kakheti region. The Qvevri Workshop will be implemented by the Municipal Development Fund of Georgia under the auspices of the Ministry of Regional Development and Infrastructure, and financed by the World Bank Group.

Locals participate in the construction of the workshop site 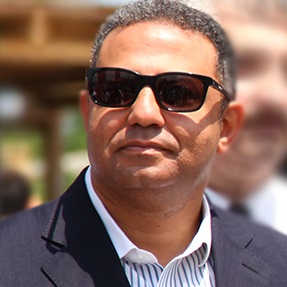 On June 28, the physical foundation for the Qvevri Workshop was put in place in Ikalto village, with several senior government officials and World Bank representatives in attendance. Construction of the entire site is expected to be completed by September 2016.

The new facility is expected to revive the area around Ikalto, transforming it into an active space for public recreation. Experts will teach interested young people from across Georgia how to make the old wine vessel, while classes will be given on both traditional and contemporary methods of making qvevri. It is also envisaged to further promote Georgian ceramic production and restoration of old brick production.

The citizens of Kakheti region will likely benefit most from the Qvevri Workshop, in addition to the many tourists who will visit the region. The project organizers are especially keen, however, that young Georgians who are interested in learning qvevri wine-making techniques will also help preserve this ancient tradition for future generations.