Standing together for a stronger Caribbean

“Our economies may be broken, but the pieces can be put back together in the Caribbean.”

That was the rallying call from Prime Minister Kenny Anthony as he launched 3rd Regional Caribbean Growth Forum in his native St Lucia last week.

This year’s Forum aimed to highlight strategies and tools for a new road map for harnessing growth in the Caribbean, building on successes in and outside the region.

Convening representatives from government, private sector, civil society and the youth across 15 different Caribbean nations, the Caribbean Growth Forum offers a platform to provide local solutions to regional and country development challenges, as well as foster greater focus on results, transparency and accountability.

The initiative first started three years ago, after years of “anaemic growth” proved a powerful catalyst to kick-start a regional effort to pool knowledge and find a collective solution. While diverse in its cultures, languages and geography, the Caribbean nations face common economic challenges; namely:

“The first phase of the Caribbean Growth Forum has put the spot light on improvements in investment climate, logistics and connectivity, and skills. These are necessary foundations to harness growth. But, efforts need to be sustained to effectively respond to the changing economic environment,” stated World Bank Vice President for the Caribbean, Jorge Familiar in his opening remarks to the plenary.

“Chocolate does not come from Belgium,” reminded Eric Reid, chocolatier and SPAGnVOLA founder to the delegates.

This may seem to be stating the obvious and yet across the world Swiss and Belgian-produced chocolates are widely held as the highest standard attainable. Reid called for the Caribbean to reclaim its produce and to rival the international brands by growing demand for high quality, local specialities.

Such entrepreneurship and understanding of how to add value to Caribbean products, will be key if the Caribbean is to increase productivity and tackle the scourge of high youth unemployment which is a defining feature across the region.

Efforts to boost skills in upcoming industries such as communications, digital and the creative industries have already begun in a number of countries, with many countries undertaking reforms to ease starting and doing business. Moving forward, building the capacity to use and analyse data will be key to better understand and adapt to industry demand trends.

" Our economies may be broken, but the pieces can be put back together in the Caribbean. "

Exports account for one in three jobs in the Caribbean and openness to trade represents 90% of regional GDP.

As highly open economies, the ports of the Caribbean once ruled the trade map, supplying North America and Europe with exotic delicacies. As the region has lost some of its market share in global trade, deepening trade integration with North America and Europe would help boost trade and accelerate growth in the region.  While other Latin American countries have changed their focus with the growth of new trade poles towards the East, the Caribbean has been slow to open markets with the likes of Brazil, India and China.

Small economies are often not as diversified as in large countries. Yet, the forum presented successful strategies where small states like Malta or Singapore have been able to constantly reinvent their economies through “dynamic diversification”.

Caribbean governments can help enhance the competitiveness of their private sector by continuing to improve the investment climate, and proactively invest in research to identify and finance key competitive enablers.  Former Minister of Foreign Trade of Costa Rica, Alberto Trejos, described this approach as “following the winners”, presenting the experience of Costa Rica, where public investments in education, and smart policies to attract Foreign Direct Investments and boost agriculture and tourism helped transform an agricultural rural based economy into a high tech export economy.

Regional connectivity has long been a barrier to intra-island trade, often meaning it is cheaper to ship half-way across the world to Hong Kong than a neighbouring island. It is a reality with which many delegates were personally brought face to face in St Lucia, having to make multiple stops en route to the conference centre.

However, the Caribbean is not alone in this challenge. There are lessons to be learnt from other SIDS, namely tourism hotspot Mauritius.

“Accessibility at an intra-regional level is an issue,” explained Sen Ramsamy, Managing Director, Tourism Business Intelligence, Vanilla Islands. “By marketing the island of the Indian Ocean under one brand, the Vanilla Islands, there are new business opportunities for airlines and cruises.”

In 2014, 23 million visitors flocked to the shores of the Caribbean, accounting for over 6.6% of all international visitors. What’s more, tourism currently accounts for up to 70% of employment in certain OECS countries. Many speakers and participants raised the need for improving intra-island connectivity which could facilitate trade and increase opportunities for growth.

For every person living in the Caribbean, there is someone living outside of the region in the diaspora. However despite the vast majority of members wanting greater integration with their home countries, the economic potential of the diaspora has yet to be unleashed.

“We need to begin to think of the diaspora as a career,” described Martin Russel, Associate Director, Diaspora Matters. “[After the economic crisis in Ireland] the government turned to the diaspora for help.”

In general, the Caribbean diaspora is a well-educated and affluent community with lasting and strong links to their homelands. Given the right incentives, inviting them to the table and play a role in the region’s future could prove highly effective in boosting growth.

Regional integration to boost exports in the Caribbean 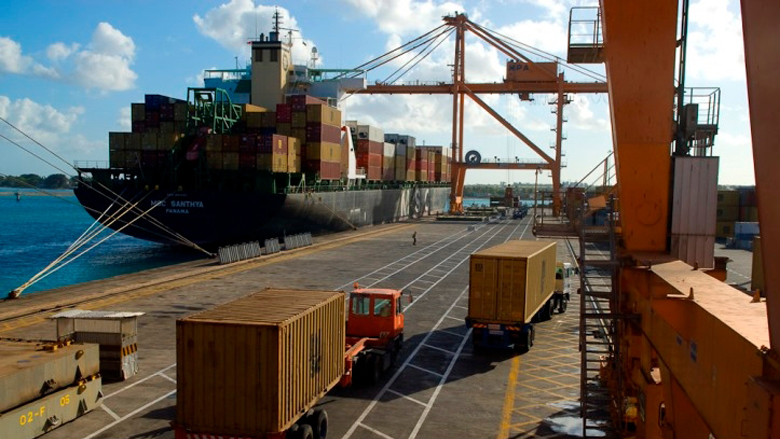