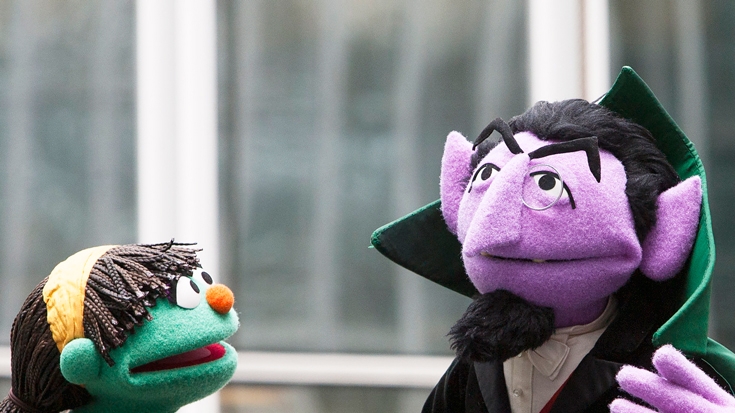 In order to end poverty by 2030, everyone needs to do their part, even kids. And they can start by pooping in the toilet and washing their hands.

That was the message that Raya, Sesame Street’s global health ambassador, brought to World Bank headquarters this week.

Not everyone has access to a toilet, of course. In fact, 2.5 billion people do not. And some people don’t use toilets even if they’re available, making sanitation one of the biggest challenges facing some developing countries.

On Wednesday, the World Bank hosted an event with characters from Sesame Street, the long-running TV series whose beloved Muppets have become global icons. Raya, one of their newest members, is a blue-green Muppet whose mission is to teach young children about open defecation, or, as she likes to put it, “pooping outside.” Her character was created specifically for Sesame Street’s WASH (water, sanitation, and hygiene) campaign. She spends a lot of time in countries like Bangladesh, Nigeria, and India, teaching kids about pooping in a toilet, washing their hands and using clean water.

“It’s not just about building toilets,” Kim said. “Having toilets is great. But the real issue is behavior change.”

Enter the unusual partnership between the World Bank and Sesame Street. As the largest informal educator of children, reaching 156 million children worldwide in over 150 countries, Sesame Street is more than an educational TV show. It’s a research-driven learning institute targeting early childhood development.

One of their focus areas is to improve water, sanitation, and hygiene by teaching kids ages 3-8 and their caregivers to incorporate healthy behaviors into their daily lives. With the World Bank’s ability to build the kind of infrastructure needed to give those 2.5 billion people access to toilets, that’s a powerful pairing. Or as Dunn put it, “we’re the software and the World Bank is the hardware.”

" It’s not just about building toilets. Having toilets is great. But the real issue is behavior change. " 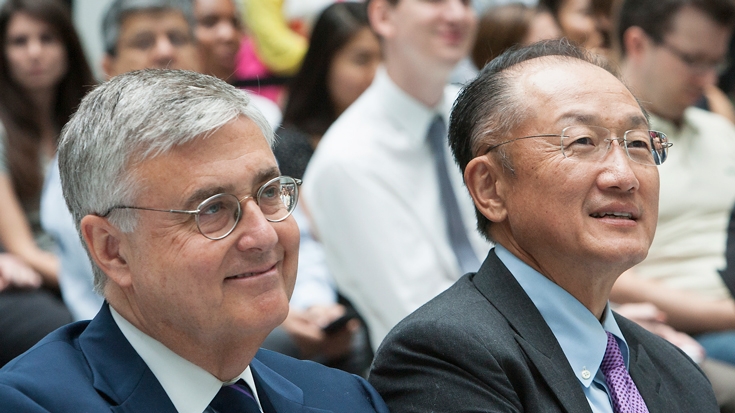 Kim hopes that the World Bank’s partnership with Sesame Street will stretch beyond sanitation. “I watched Sesame Street when I was young, and then for the last 15 years — I have a 15-year-old and a 6-year-old — I’ve been watching Sesame Street almost daily. And I can tell you that the very careful marriage of important themes that focus on social cohesion and kindness and including everyone, these are messages that have had a huge impact on my children, and even on me,” he said. “What we hope to be able to do is to work with Sesame Street not just on the issue of water and sanitation, but much more broadly, because they provide the kind of messages that we want to support and we want to amplify in order to pursue our twin goals of ending extreme poverty and boosting shared prosperity.”

“Educationally, the years between birth and age 5 are the most important years in a person’s life,” said Dunn. “By 5, if they are behind, if they don’t know their letters and numbers, they will almost never catch up, for the rest of their life.”

“It is not only about loss of well-being and income from days when people are sick,” said Water Global Practice Senior Director Junaid Ahmad. “Studies show poor sanitation stunts physical growth and the cognitive ability to learn, locking people into poverty across generations.”

Ending the cycle of extreme poverty begins with behavior change. “If you want to change the world, start with a kid,” said Dunn. Teaching kids about good sanitation is a perfect starting point to putting the power of a kid’s future, literally, in their hands. 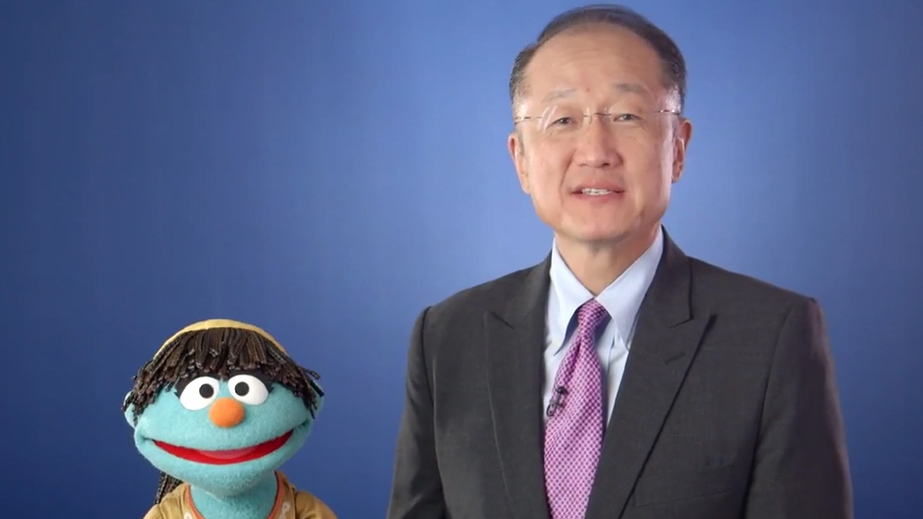