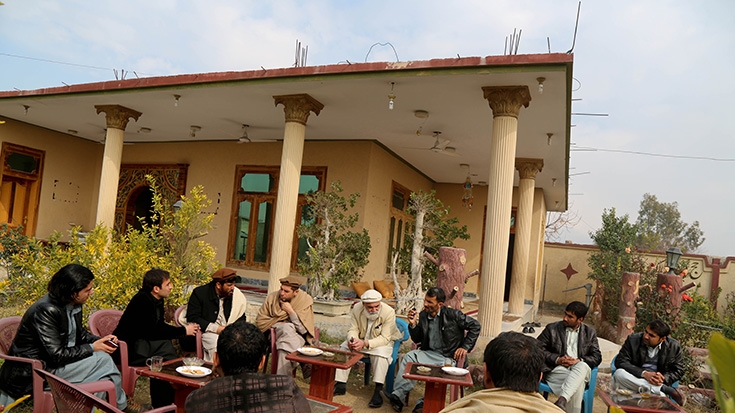 A community center has been constructed for the Ghondi-e-Ahmadzai community, which has helped facilitate discussions and decision-making.

BEHSOUD DISTRICT, Nangarhar Province – A building constructed six years ago now hosts many meetings each day, in which locals gather to find solutions to local problems, grievances, and disputes. The community building is in the village of Ghondi-e-Ahmadzai, in Behsoud district, five kilometers east of Jalalabad City.

Haji Zumarai, 47, is the head of the Community Development Council (CDC) in Ghondi-e-Ahmadzai village, which meets regularly in the community building. The building was constructed with funding support from the National Solidarity Program (NSP), the Government of Afghanistan’s flagship program for rural rehabilitation and development.

Haji Zumarai is very happy with the nearly $50,000 grant support Ghondi-e-Ahmadzai has received from the NSP since 2009, which has helped make the village a model of security and stability. 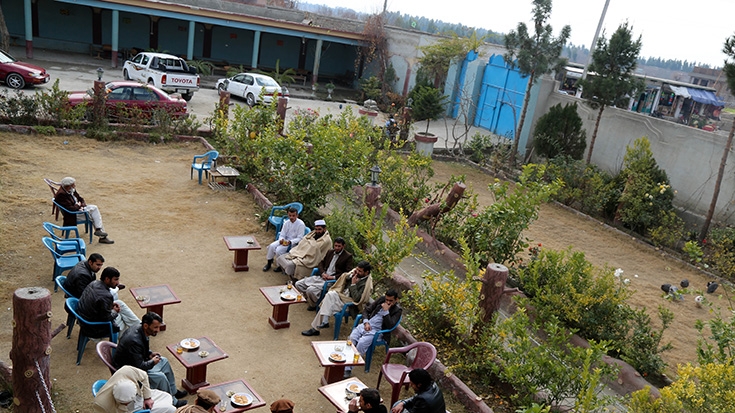 Villagers now have the ideal location and environment to come together to discuss issues and make decisions. 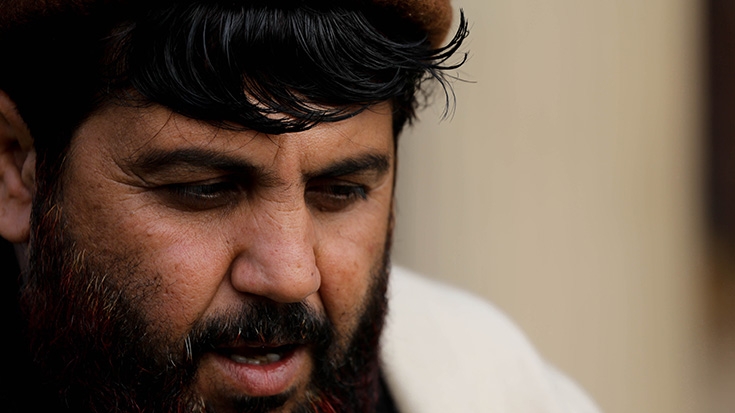 Haji Zumarai generously donated his land for NSP to build the community center.

“We have dug water wells, created sewing and tailoring jobs for our local women, reconstructed a local culvert, and constructed this building for our council’s meetings as a result of the support from the NSP,” Zumarai says. “The NSP has also supported other villages, and all of our villagers have benefited from its projects.”

Implemented by the Ministry of Rural Rehabilitation and Development since 2003, the NSP continues to receive funding from a number of donors, including the World Bank, Afghanistan Reconstruction Trust Fund (ARTF), and Japanese Social Development Fund (JSDF).

Like the Ghondi-e-Ahmadzai CDC, NSP has established over 33,400 Community Development Councils across the country, democratically elected through secret ballot and mandated with governance responsibilities. The CDCs are proving to be an effective mechanism nationwide for ensuring equitable development, representing the rights and demands of over 18 million rural community members.

NSP and its 31 Facilitating Partners have worked through the CDCs to identify and implement some 86,000 small-scale reconstruction and development activities in the areas of water supply and sanitation, rural roads, irrigation, power, health, and education, as well as generated over 52 million paid-for-labor days for skilled and unskilled laborers.

While the community building was constructed with assistance from the NSP, Ghondi-e-Ahmadzai residents have also contributed to the project. Sayed Ahmad, 54, says he contributed nearly $200. Sayed’s contribution is part of the program condition that requires villagers to contribute at least 10 percent of total project costs either in cash or labor. Sayed is satisfied that he and fellow villagers have greatly benefited from the CDC being housed in the building.

Haji Ahmad, 43, a CDC member, agrees: “Previously, we did not have a place to get together and discuss our issues of common interest or grievances. Because of this, it took a long time to find a place and resolve a dispute between parties. Thanks to God, now it is very easy.”

Sayed Ahmad clarifies that people prefer to refrain from using judiciary procedure to solve issues.  “Every day we witness people from both sides of disputes that can be addressed at village level come here to file complaints,” he says. “The CDC’s 20 members examine each case and decide on a just and fair resolution.”

Local people believe that tackling grievances in Ghondi-e-Ahmadzai village in this speedy and efficient manner has attracted residents of neighboring areas to view the village as a safe and secure place. The number of families living in the village testifies to this—in 2009, 275 families lived in Ghondi-e-Ahmadzai, today that number is more than 1,200, says Haji Zumarai.