The area outside of Sirohi, Rajasthan in India, is littered with small tribal villages made of sandstone bricks that seamlessly blend into the land that surrounds them. The men, many with wrinkles so profound it is as if their life story is written on their skin, continue to wear traditional white turbans and mustaches long enough to curl into pseudo smiles. Amongst the sea of men in white, one woman, dressed in a bright red and blue saree, boldly walks down the street.

Two years ago, Manisha Rawal would never have thought about leaving her family’s home. Although educated, the then 16 year-old saw no reason to leave. Her family, chores, and life were inside the walls of her family’s stone home, 30 kilometers outside of Sirohi. Outside, there seemed to be only unwanted attention.

“When you go outside, especially alone, people give you attention you don’t want. Yells and whistles, and I couldn’t do anything about it,” she said. Manisha’s fiery eyes, and her ability to command the conversation, makes it difficult to comprehend she would have ever been too afraid to leave the house.

That was until a Community Volunteer from Educate Girls knocked on her family’s door. He told them about an upcoming training for Team Balika – a group of volunteers from their community that work to get every girl back to school. They were recruiting new members.

In 2007, Educate Girls was established to tackle the root causes of gender inequality in India’s education system. The social enterprise targeted Rajasthan, a region in northwest India where the society is traditionally patriarchal with deeply ingrained social practices, traditions, and customs. Often, a girl is deemed less worthy than a boy and is kept home to do household chores. What is more, child marriage is the norm, not the exception. This has led to 40% of girls leaving school before grade five, and 68% of girls being married before the legal age.

Despite this reality, the Educate Girls’ model has succeeded in enrolling 99% of targeted girls, and has increased the retention rate to 87%. Their model gets to the root of the problem: the lack of ownership from the community. This includes a combination of instituting community based enrollment plans, creating school management committees, and raising the awareness of the benefits of educating a girl.

In 2011, Educate Girls won a Development Marketplace grant to help increase its scale and improve its organizational capacity. The World Bank Group program is more than a decade old and was originally created to surface innovative ideas that provide the poorest with services that are affordable. Since then, the program has evolved to strengthen social enterprise’s business models and improve the environment in which these enterprises operate. These models are also being incorporated into the work that the World Bank is already doing in a given country and complement it by surfacing non-governmental providers of services.

Social enterprises across the world are changing the way crucial basic services are being delivered to those living in abject poverty. Like Educate Girls, these organizations – some for-profit, others nonprofit, or a combination of the two – have developed innovative business models that get to the root of problems in service delivery. Often working outside the bounds of the public sphere, social enterprises have the flexibility to develop these solutions and the ability to quickly implement them in their communities. Additionally, these solutions are usually more effective as those who have developed it have lived with the problem themselves and have a deep understanding of the complexities that exist around challenges in service delivery.

At the center of the Educate Girls’ model are volunteers like Manisha; volunteers who make up Team Balika.

Manisha is just one of 4,500 community volunteers who are at the front line of school enrollment. These young people go door-to-door to convince families that their daughters deserve an education. Because they come from the same communities, families are more receptive to them and have proven to be the key to Educate Girls’ success. Additionally, they work in the schools to ensure once enrolled, children are provided the best education possible.

Urged by their mother, who never was afforded the opportunity to study, Manisha and her sister attended the training and joined Team Balika almost immediately. In follow up trainings, they learned how to approach strangers, work with children, and be persistent in difficult situations.

“Educate Girls has allowed me to be a model for my village,” said Manisha. “If girls are given the chance to study, then they have the power to change the world.  But really, it’s not just girls, I want every child to go to school. If you want to change someone’s life, teaching is the best way.”

Since Educate Girls came into her life, Manisha has begun to see life outside of her stone walls. She now wants to become a teacher herself. 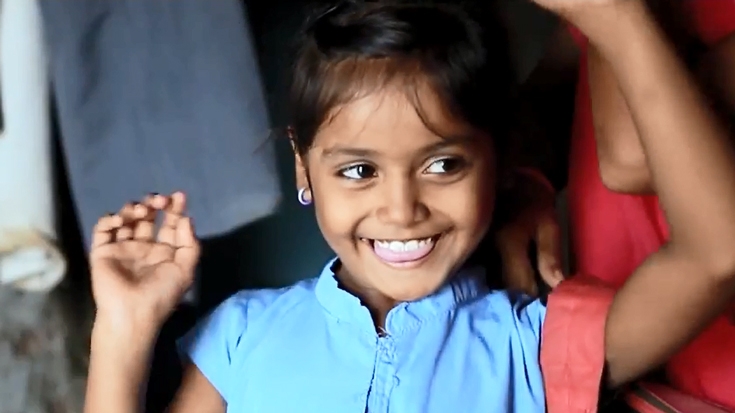