The Tale of Two Ports in Indonesia 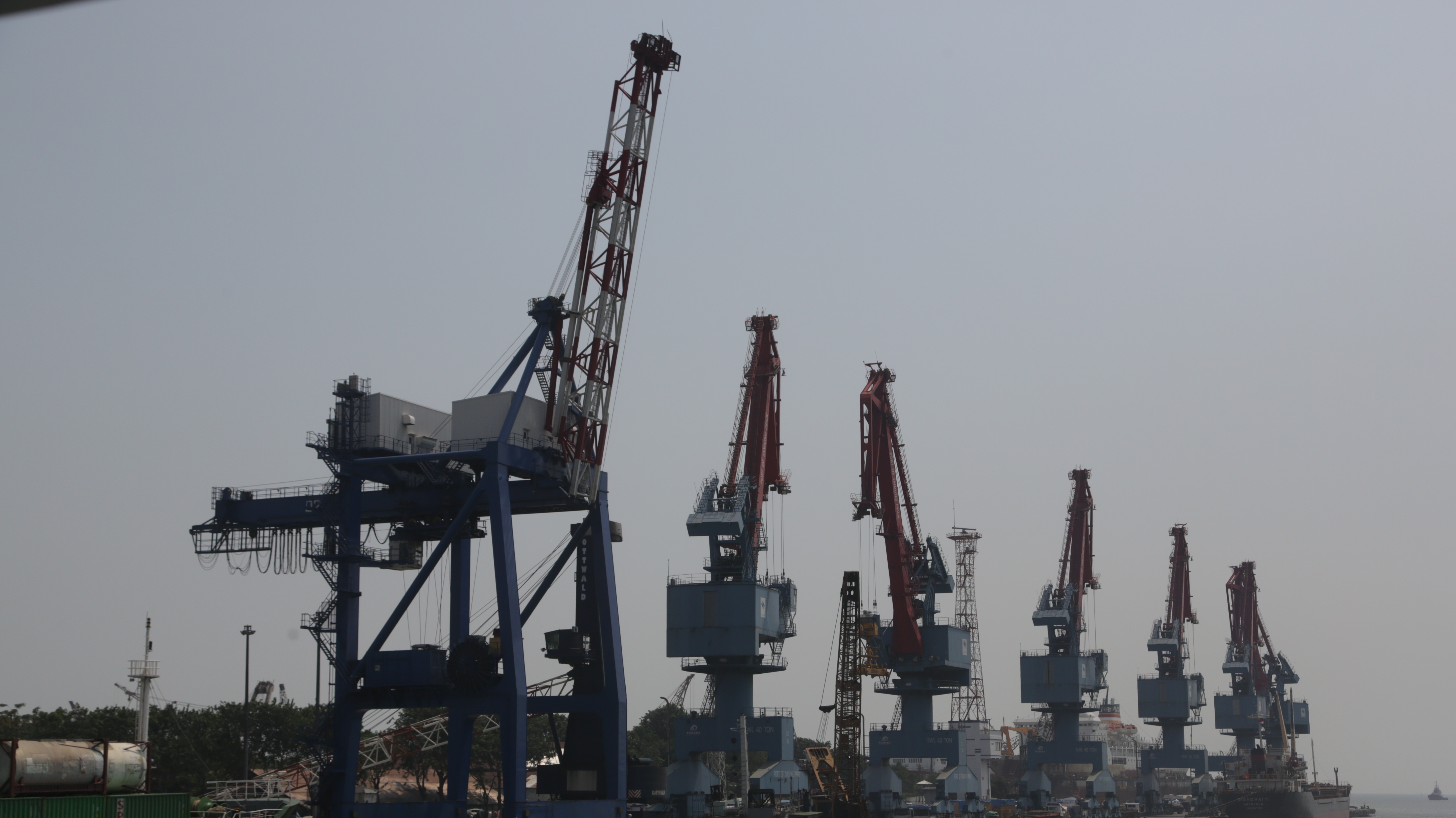 Jakarta, Indonesia, May 26, 2015 – In its heyday a few hundred years ago, Jakarta’s Sunda Kelapa Harbor was a bustling center of trade and one of the archipelago’s main local ports. Today, the harbor serves small, traditional wooden boats traveling between Jakarta and the country’s myriad, far-flung regions. Facilities are minimal and cargo is usually unloaded from the boats manually, often resulting in substantial losses due to spillage and damage.

Only a few kilometers down the coastline stands the international terminal of Tanjung Priok Port, Indonesia’s largest and most efficient port for trade via containers, equipped with 21st century technology. And the port is expanding, with a new off-shore terminal that will dramatically increase the port’s handling capacity.

These two ports tell the story of two Indonesias, one that is modern and competitive, and the other steeped in the past and constrained by limited resources.

World Bank President Jim Yong Kim, during his visit to the two ports last week, pledged up to $12 billion in new financing to Indonesia in the next three to four years, including funding for seaports, access roads and other projects related to the improvement of maritime logistics and connectivity. Indonesia has reportedly a $600 billion infrastructure gap in the next five years, and maritime and logistics infrastructure needs total US$50 billion in investments in the next five to 10 years.

“We are going to use the full weight of the institution, all of the creative ways of providing advice and financing, to support Indonesia’s vision of building what could turn out to be a maritime super highway, which could boost economic growth every year by two per cent,” said Dr. Kim in front of rows of cargo ships at the Tanjung Priok port. 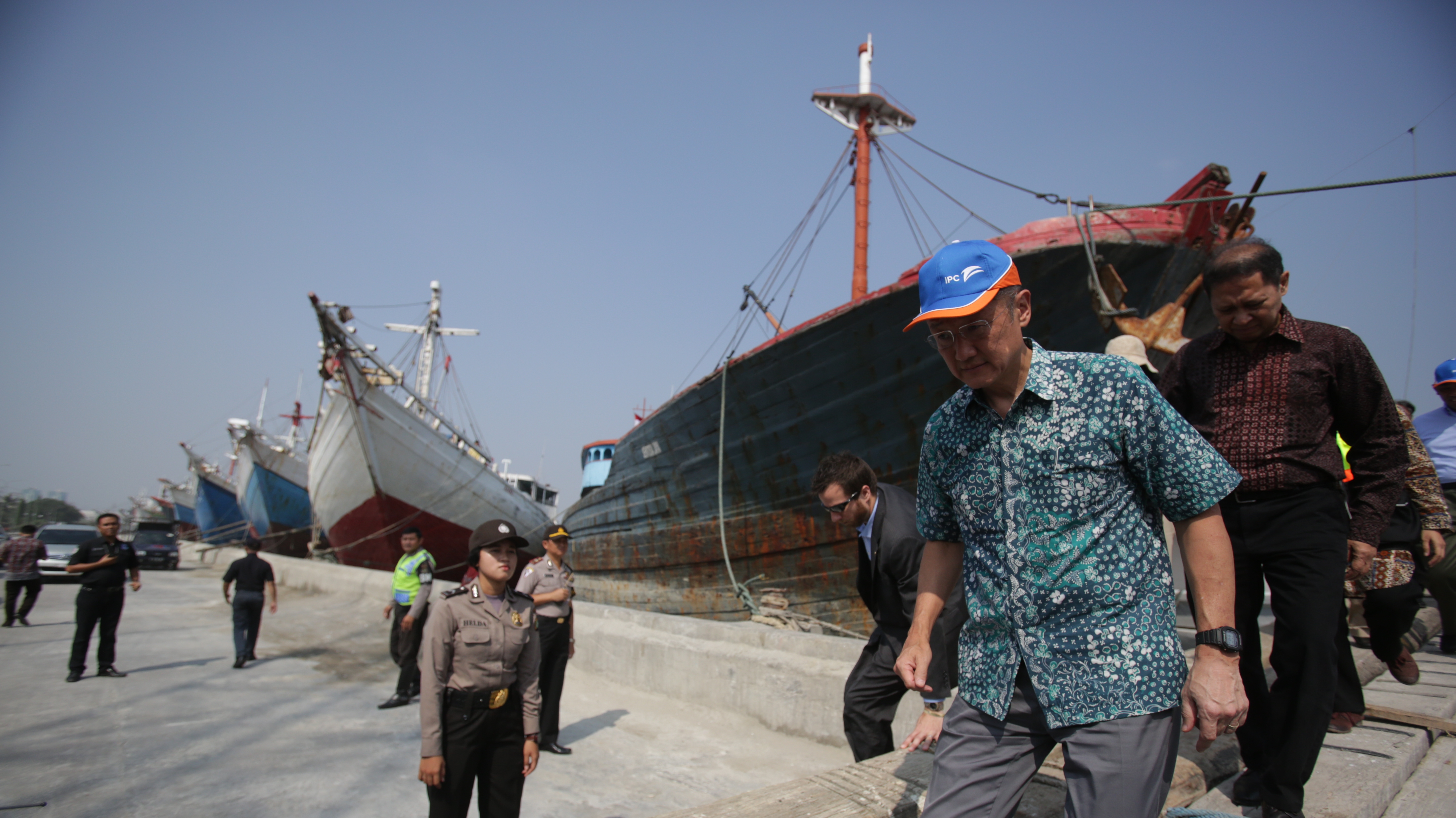 With more than 10,000 inhabited islands scattered in an area as vast as the distance between New Jersey and Alaska, sea transportation is vital for Indonesians to connect with one another and with regional trading partners.

But shortcomings in maritime logistics, operations and infrastructure continue to result in poor connectivity between the islands, undermining trade and competitiveness. The operation of most seaports in Indonesia resemble those at Sunda Kelapa, leading to inefficiencies that significantly increase logistics costs for businesses and consumers. Logistics costs in Indonesia amount to 24 percent of gross domestic product – an enormous tax on the country’s economic growth.

If Indonesia were to reduce its logistics costs to 16 percent of GDP, like Thailand, it is estimated to save businesses, governments and households $70 billion to $80 billion a year.

Much remains to be done. Tanjung Priok, for example, has invested heavily in modern equipment and improved management systems at its international terminal. Yet this modern facility still underperforms compared to similar ports in neighboring countries. After a container is unloaded at Priok port, it sits for six days before it leaves the port gates – this so called ‘dwell time’ is twice as long as dwell time in Malaysia and five times longer than Singapore.

Other Indonesian ports take even longer to move containers in and out of their vicinities. Producers pass those higher costs on to consumers. Due to port inefficiencies and poor port-hinterland connectivity, many basic commodities in eastern Indonesia are twice as expensive as in Java.

Remarkably, it is often cheaper to import oranges from China than for Indonesian growers to sell outside of their own island. Inversely, fishermen in Papua – the island at the far east of Indonesia – can only sell their top grade tuna for $4 a kilo on the island, less than one-tenth of the price it can fetch abroad.

There are options for Indonesia, such as “thinking outside the box” – literally. Investments and policy options have been focused on moving the “box” more efficiently within the ports' vicinities, but there is a need to shift focus and look at the entire supply chain, underlying operational constraints as well as port-hinterland connections.

For example, many ports should consider stuffing and stripping containers at facilities away from the ports to free up valuable space and improve efficiency.

At the same time, truck traffic between facilities is often gridlocked. For example, it can take six hours to move a container from the Cikarang industrial area to Tanjung Priok – a distance of only 35 kilometers. So part of the solution is to improve the land component of the logistics chain.

Building on previous engagements to make ports in Indonesia more efficient, the World Bank Group aims to work with all relevant public and private stakeholders in Indonesia to address Indonesia’s maritime logistics and connectivity challenges in a holistic way. Targeting single interventions without looking at the entire supply chain will not bring the much needed improvements.

“We at the World Bank Group are going to do everything we can to support Indonesia’s maritime economy, so that all Indonesians benefit from the investments and the promise of shared prosperity,” Dr. Kim said. 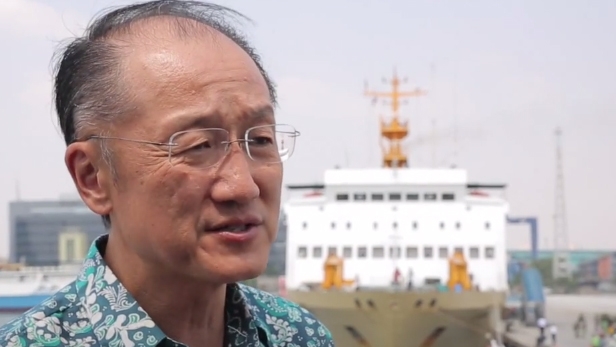 Working with Indonesia to Strengthen a Maritime Economy