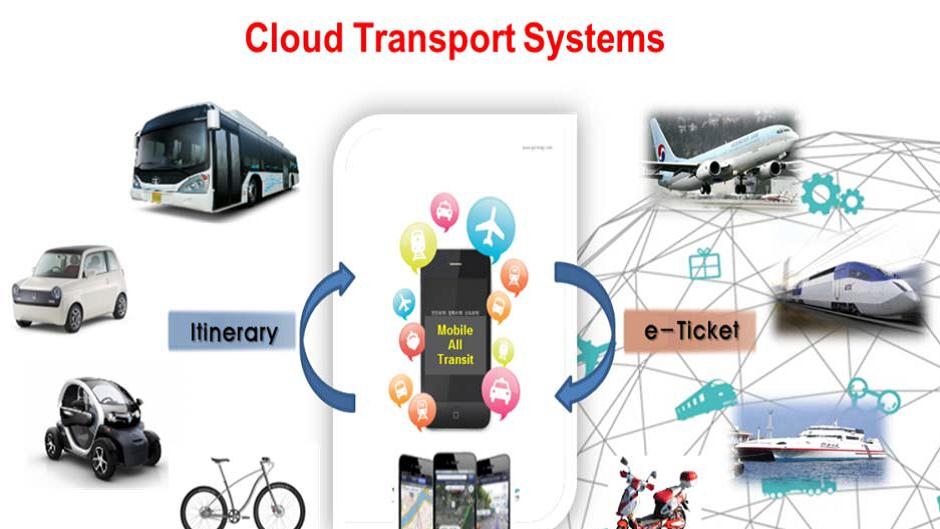 The President of the Korea Transport Institute (KOTI), Chang Woon Lee, visited the World Bank in late April to participate in a joint World Bank-KOTI workshop on leveraging information and communication technologies (ICTs) in the transport sector. The workshop also explored opportunities for smarter and greener development solutions linked to Open Data, Big Data analytics and other innovations.

As part of his visit, Woon Lee spoke with the World Bank’s Transport and ICT global practice about how ICTs can facilitate the evolution of the transport sector, the potential of intelligent transport systems, the relevance of the Korean experience for developing countries, and the increasing collaboration between KOTI and the World Bank for the benefit of developing countries. Here are some of the highlights of that conversation.

Why is this annual workshop between KOTI and the World Bank focused on ICTs and transport modes?

As you know, mobile technologies are changing the world very fast. Even in North Korea, a closed and isolated country, we hear news of changes in their economic system. There is a market in North Korea called “Jangmadang,” which is being created spontaneously by the people, and which expands gradually in order for them to better manage their lives and increase their ability to survive. This market, which is not created by government sectors but through a mobile network, plays a key role as a means for sharing product prices between villages. This happens thanks to mobile phones, which have been distributed to almost 10 percent of the population (approximately 2.5 million devices).

ICTs converge with mobile networks to move conventional transportation into the next generation of transport systems and services, where the traditional three major entities of transportation – transport facility, transport mode and humans – are to be connected systematically in order to provide real-time information exchange amongst all of them.

In the transport sector, Big Data can be collected from roadways and managed in local and global data centers, so that more effective information can be provided not only for designing better transport policies, but also for enhancing transport services to the final users. Consequently, ICTs facilitate the evolution of transport systems and services. This is the main reason why this year’s joint workshop between the World Bank and KOTI focuses on this topic.

For the last 30 years, Intelligent Transport Systems (ITS) technology has tremendously improved conventional transport systems and services making them safer and more effective. In my view, ITS in developed countries are often too proprietary, or too expensive to maintain and expand. You can easily find evidence of this in the cases of ITS development and deployment in developed countries for the past 20 years.

This means that we have to take into account the successes and failures experienced by many developed countries. We believe future transport services will be safer, smarter and greener than they have ever been. This is the kind of new vision or goal that we are aiming for at KOTI. ICTs play a critical role in converging these innovations into transport technology, so that people can change their daily trip patterns and travel behavior under the new circumstances, through smart and green ITS.

What’s the potential impact or application of all of this for developing countries?

We need to be aware that every case will be different, according to the specific conditions and circumstances of that particular country. But there is a common concern shared among these countries: a rapid trend of urbanization that comes faster than the current scale of transport infrastructure investments to cope with this increasing demand for services.

Now, the question then becomes what are the most efficient and suitable models to be adopted by these countries? As you know, recently many countries have shown interest in Korean models that have been deployed to boost economic growth and social development over the past decades, which would make it one of the best case study models for benchmarking. This is because Korea has not only adopted the conventional ITS infrastructure of the last 30 years, similarly as other developed countries, but has also adopted cutting-edge ICT infrastructure over the past five years.

The point that I want to highlight here is that the ICT circumstances currently faced by developing countries in terms of general infrastructure needs would be much different than the ones faced by Korea. Therefore, the applications should be developed based on the specific demands and needs of developing countries, and according to their level of transport systems and services.

I’d also like to mention that we should pay bigger and earlier attention to the motorization rates of today’s developing countries, so that suitable supply of public transportation services is considered a major priority in those countries.

" ICTs converge with mobile networks to move conventional transportation into the next generation of transport systems and services. "

How can the World Bank best help developing countries in integrating ICTs and the transport sector?

In order to provide better and more effective cross-sectorial solutions in developing countries, the following three issues could be taken into account:

First of all, we may need to take a different strategy for transport investments with ICTs components in developing countries, according to their current situation, their transport systems and infrastructure. So we should focus on three keywords: simpler, cheaper and easier, which are all necessary for deploying intelligent transport systems.

For example, the cases of ITS deployment in developed countries would be often considered an “expensive” model instead of a “cheaper” one. Furthermore, the infrastructure developed and deployed is somewhat considered “complicated” as it utilizes too many sensors, information and media devices, which can make it hard to manage and maintain, as oppose to a “simpler” manner of doing business. Furthermore, the process of data collection and information provision itself is too “difficult” for the public to understand how to utilize it.

Therefore, the ICT infrastructure with existing mobile networks currently utilized in those countries might be able to give us a better solution for providing certain level of high-quality transport services as similar as in developed countries, by means of making transport systems cheaper, simpler and easier to utilize.

For example, the integration of Tmoney and mobile – so-called “Mobile Tmoney” – would be one of the most successful cases in Korea as an initial model to be taken into account by developing countries, particularly when it comes to utilizing their existing telecommunication infrastructure, whether it is 3G or 4G, smart phones, phone-embedded GPS, motion sensors, maps or other technologies.

Secondly, I would propose to let developing countries begin to deploy their transport systems in terms of the concept of “Cloud Transport System,” which is based on shared transport infrastructure and modes instead of being owned by a single operator. The Cloud Transport System might be able to provide users with value-added smart and green trip plan services according to a multi-modal transport connectivity, under Hub and Spoke public transport networks. I believe this is going to be an appropriate alternative to limiting increased vehicle usage, which is common in the development stages of these countries.

Lastly, the third issue is focused on the integrated transport information services to be put in place on people’s mobile phones in developing countries, which is called “Mobile All Transit.” This integrated information might be able to provide people with a networked smart journey or trip planner services according to their daily schedule of business and life. It would be able to integrate reservations, payments, information on public transport, and – in some cases – green transport mileage points on their handheld devices.

I believe that, in the near future, people in developing countries may be able to use almost the same level of transport and ICT services that people enjoy in developed countries today.

What is next in the consolidation of the collaboration between the World Bank and KOTI in terms of integrating ICTs into the Transport sector in developing countries?

The relationship between the World Bank and KOTI is going to move to the next stage of collaboration for building simpler, cheaper and easier systems for developing countries in order to provide clients with safer, smarter and greener services.

My institute, KOTI, is capable of providing the technical assistance for identifying the technology and standards for Smart and Green Intelligent Transport Systems in cooperation with the World Bank and other partners. I also believe joint research activities will be launched in the near future on various topics, including:

I strongly believe that one day not too distant we may see beautiful photos of Mobile All Transit services for people in developing countries, based on Cloud Transport Systems and existing ICT infrastructure. The future looks promising.