Russia’s housing and communal services (HCS) sector remains highly inefficient and in need of significant reform – despite several years of reform efforts on the part of the federal government.

Starting in the early 2000s, the government supported several initiatives to upgrade and renovate utility networks and fixed assets, with the objective of introducing energy-saving technologies, promoting efficient ownership, improving social protection, and supporting the most vulnerable among the population.

Despite these efforts, however, many Russian citizens continue to be dissatisfied with the overall quality of housing and communal services.

A World Bank-financed Housing and Communal Services Project, which began in 2010, is working to change that through a combination of technical assistance and infrastructure investment. A total of $US 200 million has been provided to finance the project, of which USD 19.3 million is being used to support technical assistance, $US 175 million to finance cities’ investment plans, and $US 5.7 million to cover operating costs.

The project is being implemented in two stages: first, institutional and second, investment. During stage one, participating cities implement programs to reform their HCS sectors using their own resources, with technical assistance provided by experts. In stage two, investments in the HCS sector infrastructure are made using project loan proceeds in line with investment plans produced by the cities.

Although much work still lies ahead, steady progress has been made to date. By 2013, 61 percent of the overall urban population agreed that the quality of HCS had improved, compared with just 54 percent in 2010. Satisfaction rates are markedly higher in those cities where investment contracts have been implemented. In Naberezhnye Chelny, for example, the satisfaction rate is 80 percent.

The share of private companies – among all entities in the HCS sector that manage utilities under concession agreements and other contracts – increased from 71 percent in 2010 to 77 percent in 2013. Private investments, intended to upgrade utilities infrastructure, reached 54 percent in 2013, up from 36 percent in 2009. By 2013, the 14 participating cities had completed 80 percent of their reform programs.

In the north-eastern district of Naberezhnye Chelny, major repairs have been undertaken on water-ring mains and domestic sewage pipes. In addition, the city has rehabilitated water distribution networks and pressure headers at two sewerage pump stations. These efforts have helped to reduce the accident rate in sewer work and ensure an uninterrupted discharge of municipal wastewater.

In the city of Nefteyugansk, a district heating networks rehabilitation project has been implemented that included laying 1,600 meters of new pipeline and changing the network construction architecture, which significantly improved the reliability of the heating supply, with reduced accidents, heating loss and leaking in the network.

In Volzhsky, biological treatment plants and rack buildings have been reconstructed and more than 3 kilometers of cable lines replaced. Fewer clogs at the treatment station, reduced volumes of disposed sludge and better water treatment have helped to improve environmental conditions in the city.

In the participating cities, social benefits arrears have been almost completely eliminated, municipal investment plans have been developed and the number of apartment blocks serviced by professional managing companies has increased.

So far, the project has made a significant contribution to the reform and improvement of Russia’s HCS sector, while the experiences and lessons learned from its implementation will be shared with other Russian regions and cities, and potentially also with other countries. 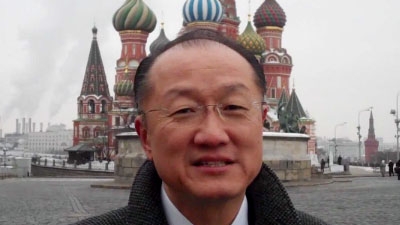 Shared Prosperity: What it Means in Russia