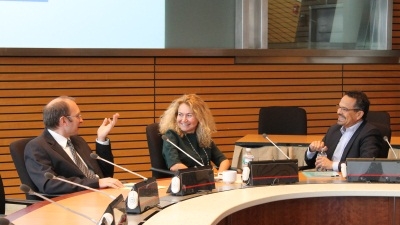 From insuring against typhoons in the Philippines to protecting against droughts in Malawi, a variety of index-based insurance products offer ways for farmers to mitigate the risks associated with extreme weather events. Although such products are not new, farmers in developing countries have been slow to purchase them. Is demand low because the products are too expensive or poorly understood? Or are the products themselves not designed to meet the demands of famers?

Xavier Gine, Lead Economist in the World Bank’s Research Department, addressed these and many related questions in this month’s Policy Research Talk. The Policy Research Talks are a monthly event held by the Research Department to foster a dialogue between researchers and their colleagues across the World Bank. Drawing on field experiments ranging from Kenya to Mexico, Gine discussed how index insurance can be made to work for the poor.

Research Director Asli Demirguc-Kunt, who hosted the event, said “insurance products are notoriously difficult to design for the vulnerable and the poor.” Insurance providers lack actuarial data, worry about attracting the riskiest individuals, and fear creating moral hazard. “Conceptually, weather-based insurance is promising, but in practice it has been difficult to get this product off the ground because there has been fairly limited demand,” she said.

In his talk, Gine explained the rationale for weather-based insurance products, discussed possible reasons for poor uptake, and highlighted takeaways for policy makers. “Index-based policies pay out according to publicly observable indices that can include rainfall as measured by a nearby gauge, a commodity price, crop yields, and satellite data,” Gine said. In principle, such products should make insurance more accessible to farmers by reducing transaction costs and limiting moral hazard.

Drawing on his and others’ research, Gine presented evidence on the demand for weather insurance products when offered at the level of households, “meso-level” financial institutions, and countries.

At the household level, Gine examined the results of the first voluntary weather insurance product ever offered in the developing world, a pilot program started in 2003 in Andhra Pradesh and supported with World Bank technical assistance. Farmers were offered insurance products designed to cover catastrophic risk in each of the three monsoon growing phases: sowing, flowering, and harvesting. The results of the pilot proved disappointing—take-up of the voluntary products was not widespread, and even when farmers did purchase the product, they rarely bought enough coverage to adequately hedge against weather risk.

Gine explained that part of the reason for low take-up resulted from the high prices of the products. Expected payouts on the insurance policies were between 20 and 50 percent of premiums paid by farmers. High prices were driven by a combination of high operating costs relative to the low value of each policy, a lack of historical data, and high administrative costs. These high prices meant that more informal insurance mechanisms like borrowing and saving and transfers from friends and family remained relatively attractive.

However, price was not the only potential barrier to take-up. Gine and his fellow researchers also carried out a field experiment in which they offered highly subsidized products to farmers. Even when farmers faced investments with positive net present value (given the large subsidies), demand for these products was not universal. They therefore designed a field experiment to test the influence of other, non-price barriers. They found that interventions aimed at reducing liquidity constraints and at increasing trust both helped boost demand for the product. Efforts to improve farmers’ understanding of the product had no effect on demand, which may point to the difficulty of explaining an inherently complex product.

Given the difficulty of reaching individual households, an alternative is to instead provide insurance through “meso-level” institutions such as producer cooperatives and microfinance institutions. Such an approach could reduce transaction costs even further.

However, a field experiment from Malawi points to potential risks with this approach. Malawian farmers were offered loans that had been “bundled” with insurance. Low rainfall caused many farmers to default on their loan payments even when the rainfall did not fall below the threshold specified by the insurance policy, suggesting that such bundled products could undermine a culture of repayment.

A third approach is to focus on providing insurance products to governments, which can then in turn provide relief to famers affected by extreme weather events. An example is Mexico’s CADENA program, where the federal government and states jointly purchase insurance to protect municipalities in the case of natural disasters. Such programs have the benefit of providing broad coverage to poor farmers.

Gine explained that such schemes may not provide all the benefits of insurance products purchased directly by a household. When farmers are unaware they are insured or do not feel fully insured—as is often the case with policies purchased by governments—they opt to plant crops that are less vulnerable to variations in rainfall but are also less remunerative than riskier cash crops.

" We’ve learned the hard way that small holder farmers are the hardest target for this kind of product. " 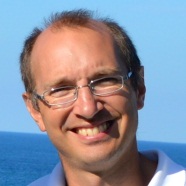 Gine concluded by highlighting three takeaways for policy makers based on over a decade’s worth of field experiments. First, while farmers can benefit from a holistic approach to insurance, there is a tension between the “compulsion” associated with government-provided insurance and some bundled insurance products, and the degree of awareness associated with voluntarily purchased policies. Second, while product design should be driven by the client, there is a distinction between the needs and market demand of farmers, with farmers often preferring products that pay out more frequently but with insufficient coverage in the case of catastrophe. And third, while good policy design typically calls for targeting beneficiaries as closely as possible, in practice households are difficult to target directly. As Gine explained, “We’ve learned the hard way that small holder farmers are the hardest target for this kind of product.”

Discussant Carlos E. Arce, an economic development consultant and former Senior Economist in the World Bank, reflected on his decades of experience in agricultural productivity and risk management in developing economies. “For years and years we have been looking at what the constraints are on the supply side. Working on the demand side of this product is crucial.” Arce advocated additional research into current risk management practices, which could yield an improved understanding of the opportunity costs farmers weigh that extends beyond price considerations. “A better understanding of the outlook of the farmer considering the product could lead to a better designed instrument,” he said. 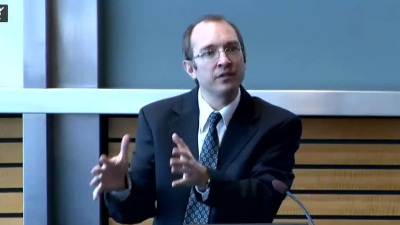