Honiara, Solomon Islands, 14 April 2015 – With roughly 80% of Solomon Islanders living in rural communities scattered over 90 inhabited islands and isolated locations, access to services and basic infrastructure such as clean water is limited.

Since 2008, the Rural Development Program (RDP) has been implementing a community-driven development approach in more than 90% of the country’s rural wards. The program provides funds directly to communities to finance their highest priority development needs. More than 30% of communities identified water supply as their top priority.

Bringing the uncertain search for clean water to an end

In Nagholau, Isabel Province, the change brought about by RDP’s water project has been profound.

“Before the water supply, when we needed drinking water we had no choice but to paddle our canoe to find water, even in rough seas and bad weather,” said Glenda Vaha, local community member.

Searching for clean water was done by women or young girls and children, and could take several hours. Some canoes would sink in bad weather. To wash clothes and dishes, women had to carry buckets of clothes and dishes to the nearest river.

“Now that we have water supply in our village, life is much easier,” says Vaha. “We can get our drinking water right outside our homes and, for those of us with young babies, we can put them to sleep at home and do our washing outside.”

Lottie Vaisekavea, RDP’s Project Manager, says the community’s involvement right from day one has been vital to getting a good outcome.

“From our experience in RDP we have found that when communities have ownership, they get the infrastructure they need, the cost in building it is reduced, and the community looks after it long after the program leaves.”

In addition to water supply projects, RDP’s grants can be used to finance other rural infrastructure and services such as roads and footpaths, wharves and jetties, education and health facilities, electricity, sanitation and other priority needs.

" Before the water supply, when we needed drinking water we had no choice but to paddle our canoe to find water, even in rough seas and bad weather, "

As far back as Hilda Tabala can remember, getting drinking water for her home at Papangu in Guadalcanal Province involved a long walk to the Ngalibiu River to collect water from temporary wells, dug into the side of the river bank.

Hilda, like other women, would then carry container loads of drinking water back to her home.

“It was hard work, but it was necessary. We need water to live and it’s not good for our homes to be without water. So almost every second day we would have to refill our water containers.”

During the wet season the river would often flood and turn muddy, affecting the community’s drinking supply and making life more difficult for the people of Papangu.

In late 2012, RDP visited Papangu where community members highlighted the urgent need for drinking water, placing it as the number one priority for the 64 families in the area.

A project committee was set up and a plan was put in place to source water from an underground borehole. The water was pumped out of the ground, stored in a 6,000 gallon water tank and fed into 10 stand pipes in designated locations around the community. This was able to supply 18 of the neediest homes with water, with some stand pipes running as far as 3 km away from the tank.

The project provided funds directly to an account managed by community volunteers, and the community provided its own resources such as land, labor and local materials. The project also provided advice on the technical design of the water supply system. Now it is up to the community to operate the system and to finance the ongoing cost of fuel for the water pump and its maintenance.

“The water supply was something all of us in the community wanted, and badly needed. So when the project materials arrived, our community came behind this very fast and we managed to complete the construction work in just over a month,” said the chairman of the water supply committee, Isaac Gagali.

The first phase of the Rural Development Program was completed in February 2015.

A 2013 evaluation survey of 80 communities from the first four provinces where the project was active found that 71% of households had satisfactory access to water compared to 33.3% before it started in 2008.

Communities that opted for RDP water projects have seen a reduction in travel time to access clean water of up to 79% in the wet season and 40% in the dry season.

Phase two of the project began in March 2015 and will also finance and provide technical assistance to partnerships between the private sector and farmers groups, linking farmers to markets. Special assistance will also be provided to communities and farmers in Guadalcanal that are still recovering from the devastating flash floods in 2014. 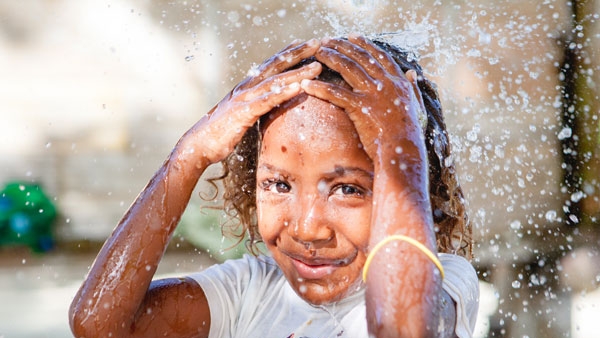