How do we break the cycle of poor public services in the Arab World?

“The hardest thing to receive is quality of care,” declared Muhanad Al-Dawary, a resident of the Middle East and North Africa (MENA) region, in response to a Facebook poll on the quality of public services in local neighborhoods.  Citizens of the MENA region have long enjoyed near universal access to free education and healthcare. While this is a remarkable achievement, Muhanad’s disappointment with the quality of the services provided is shared by many. Students graduating from local schools discover they are insufficiently prepared for the 21st century economy, and those needing health care too often find that clinics have no doctors or medicines. This poor quality of services has become a source of widespread dissatisfaction. So what has gone wrong?

For a start, the institutions in MENA responsible for delivering services lack accountability mechanisms. In other words, there are no systems for measuring how well they meet the needs of citizens. This means public servants are missing one of the basic incentives for performing well. This also leaves the system vulnerable to manipulation, with resources distributed on the basis of political connections rather than need.

The lack of accountability has led to another problem more prevalent in MENA than other regions, in that political connections not performance are the vital ingredients for both jobs and career advancement. In a 2014 Governance and Local Development survey across the full range of Jordanian municipalities, between 60% and 90% of all respondents rated wasta, or connections, as essential for obtaining a government job. Government agencies are therefore often not staffed with people that are incentivized, or motivated, to deliver quality services.

Poor services are more than just a nuisance, as they create mistrust of governments and limit citizens’ formal engagement with public institutions. On average, 52 percent of citizens in MENA “disagreed” or “strongly disagreed” with the statement that their governments do all they can to provide for them.

Additionally, there are limited channels for lodging complaints. According to the Gallup World Poll, 2013, only about 10% of Jordanians surveyed had voiced an opinion to a public servant within the last month. The only real option for many is to opt out and use alternate, usually informal, means to get needs met. For example, half of all Moroccans surveyed for the Global Corruption Barometer, 2003 reported paying a bribe to receive healthcare. In Tunisia, one quarter reported informal payments for educational needs.

As citizens opt out there is even less demand for quality public services and less pressure on the state to demand accountability. This leads to a further deterioration in services. This creates a vicious cycle of poor performance. Poor performance also takes an economic toll, in cases where “supplementary” out-of-pocket expenses are required for quality basic care, and it places an especially heavy burden on the poor. Without the means to opt out the only choice for the poor is to forego needed care.

Widespread dissatisfaction with the quality of services also underpinned the calls for karama (dignity) that echoed throughout the Arab Uprisings in 2010–11. With much of the region struggling with ongoing transitions, conflicts, and fragility, rebuilding the trust between citizens and governments will be an essential foundation for long-term stability. Restoring citizen confidence in the ability of governments to deliver effective services will be a critical first step, and it will require breaking the vicious cycle of poor performance.

" It is national and local leadership, and the building of accountability relationships around shared goals that make the difference - they hold the key to unlocking the full potential of the region’s vast human potential. "

A forthcoming World Bank report, Trust, Voice, and Incentives: Learning from Local Success Stories in Service Delivery in the Middle East and North Africa finds solutions within the region itself. The report identifies a series of local successes in delivering quality public services in Jordan, Morocco and the Palestinian Territories. The examples show that resources are not the determining factor. “It is national and local leadership, and the building of accountability relationships around shared goals that make the difference,” said World Bank Global Lead for Public Service Delivery Hana Brixi, lead author of the report. “They hold the key to unlocking the full potential of the region’s vast human potential.”

The success of a girls’ high school outside Jenin in the West Bank is traced to local leadership, specifically the principal’s ability to involve parents, motivate her teachers, and forge a collaborative framework with the directorate, underpinned by mutual trust. The success of another public school—this time in a deeply traditional community in Jordan—again springs from efforts by an Education Council, consisting of representatives from the community and ten schools in the area, to create new power structures where schools and community work together to make decisions and find solutions to local problems.  “Student performance in national tests have now become a source of community prestige and pride,” observed Jumana Alaref, a member of the World Bank team that visited the school as part of the research for the report. ”Tackling problems, such as the school’s power supply, are now a shared responsibility,” she added.

These examples offer valuable lessons, all the more urgent during this time of crisis, on how to rebuild institutions and engage local leaders and citizens in designing solutions. Better quality of health and education services and greater citizen satisfaction, trust, and engagement would make societies across the region politically more stable and economically more just. The cycle of poor performance must first be broken, and replaced with the interlocking chains of norms and accountability that nurture and reinforce good service delivery and citizens’ trust in public institutions and engagement with the state. 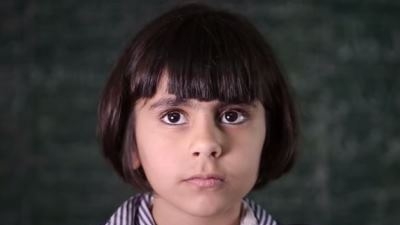 What Makes this Palestinian School a Top Performer?