In Rwanda, a Brighter Future for Miriam

BUGESERA, March 5, 2015 —Women in Rwanda have made significant strides towards equality in the past few years and the country now boasts more women in parliament than any other country in the world. But for some women like Miriam, a 29-year-old entrepreneur from Mwogo, a village located 50 kilometers south of Kigali, the country’s capital, empowering women is also giving them access to basic services such as electricity.

Miriam and her three children don’t have to worry about darkness anymore. Now that her bicycle spare parts and welding shop is connected to the grid, business is booming. For Miriam, it was a life changing event.

“Now we can work as late as we need to and business is thriving day and night,” she says. “My children can now also do their homework at night and this has improved their grades.”

Running her welding business with her husband has also given her equal footing. “I like everything about my job. It has improved my life. I own my business. I also own a bigger house.”

Miriam is not the only one; her family is one of the 270,000 households that have connected to the grid since 2009. Supported by $120 million dollars in funding from the World Bank, the Rwanda Electricity Access Scale-Up and Sector Wide Approach Development Project enables the Rwandans to access reliable and cost-effective electricity. The project has helped construct 1,650 kilometers of transmission and distribution lines so that more Rwandans can have access to electricity.

"Providing access to energy has helped unleash the entrepreneurial potential of many small businesses, including those lead by women," said Carolyn Turk, World Bank Country Manager for Rwanda.

In Rwanda, 45% of the population still lives in poverty and communities face acute electricity shortages. In 2012, only 18 % of Rwandan households were connected to the grid. The majority of households were either living without lights or using kerosene lamps or batteries.

Research shows that while both women and men suffer from “energy poverty”, women are disproportionally affected. For instance, women and girls spend most of their day performing time-consuming and physically draining basic subsistence tasks such as collecting biomass fuels. According to a UNDP report on gender and climate change, women-headed businesses in Africa also generally face more impediments than men in accessing grid electricity.

By improving access to electricity and taking steps to achieve gender equality, Rwanda is helping many more women have bigger dreams. According to Miriam, “There’s no doubt that the future ahead is brighter. I want my children to continue studying and be able to look after themselves in the future.” 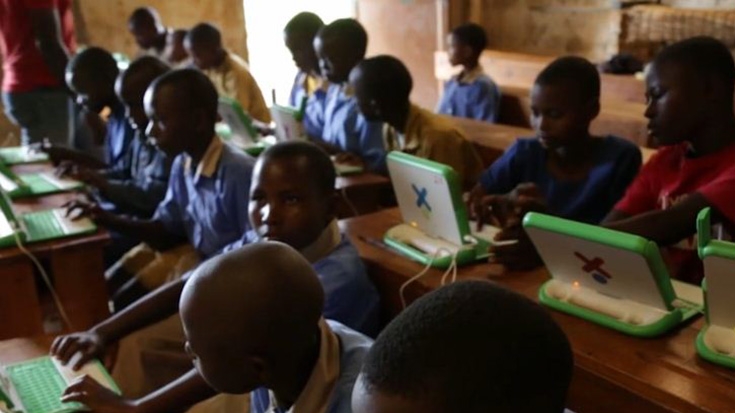 A Brighter Future for Women Entrepreneurs in Rwanda