Climate Change is Becoming an Everyday Expression in the Region 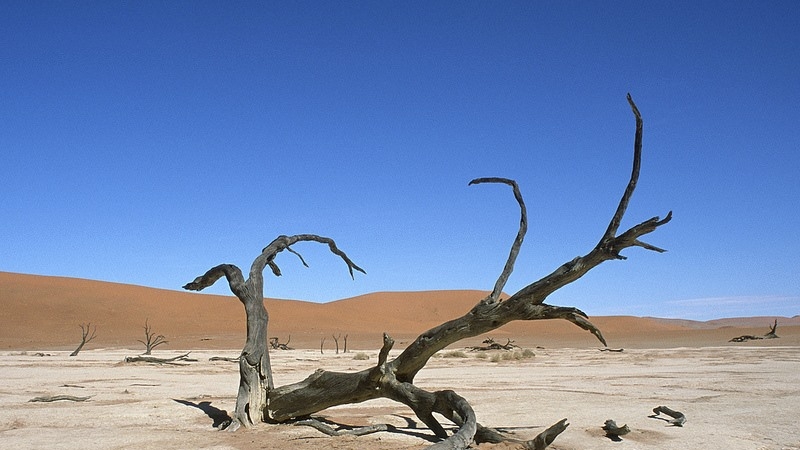 Latin America is exploring the sustainable use of water, climate-smart agriculture, carbon markets and renewable energies

Climate change. These are increasingly common words in Latin America, where the population suffered the devastating effects of climate change in 2014. It is also posing a serious threat in 2015.

It is no exaggeration that the signs are there and cannot be ignored. In recent years, Latin America has been recording more intense and frequent storms, longer drought periods and the disappearance of majestic Andean glaciers.

All of this is a consequence of an increasingly warm world, which has a direct impact on agriculture and fishing, and therefore threatens the capacity to produce food for the more than 7 billion people inhabiting the planet.

According to the most recent Turn Down the Heat report, Latin America is responsible for just 12.5% of greenhouse gas emissions – the main culprit in global warming – but will be one of the most affected regions if the global temperature rises 4 degrees centigrade, which is forecast for 2100.

Experts warn that if nothing changes, the young people of today will have to live on a planet with more heat waves and droughts, higher sea levels and water and food insecurity in many regions.

This scenario was the focus of discussions during the COP20 in Lima, where participants also analyzed the impact of global warming on the health of the population and the world economy.

Despite differences of opinion at the Lima conference, participants came to a last-minute agreement to try to stem global warming, although it is not a binding agreement. Now all sights are on Paris 2015, where a definitive agreement will be signed to commit all countries to implement activities to achieve a real reduction in greenhouse gas emissions.

The region is one of the most active in promoting carbon markets, which offer incentives to businesses and communities to emit less CO2 and to help conserve the region’s vast forests. In 2014, Costa Rica became the first Latin American country to access the still-sophisticated carbon market.

Moreover, the region in at the forefront of “climate-smart agriculture,” with Uruguay leading the way. That country of just 3 million went from producing food for 9 million people in 2005 to 28 million currently. It hopes to grow enough food for 50 million people in the future.

“Climate-smart agriculture is an opportunity to address food security in a comprehensive manner, with benefits for climate adaptation and impact mitigation,” said Mohamed Bakarr, senior environmental specialist at the Global Environment Facility (GEF).

Climate change has a direct impact on food production and could trigger social instability in developing countries. According to World Bank Economist José Antonio Cuesta, one of the authors of the report Food Price Watch, “in a society with higher levels of dissatisfaction, a violent reaction to the consequences of a food crisis is more likely.” In the latest Food Price Watch report, we estimated that in the past six years, there have been 53 violent protests (related to food shortages) in the world, of which eight were in Latin America,” Cuesta said in an interview.

Climate variations also leave many people without work. Additionally, the impact is significant at the macroeconomic level: the agricultural sector employs nearly 20% of the population of Latin America and the Caribbean and represents 21% of regional GDP.

Experts predict that the impact of climate change on the production of basic grains may be much worse than we imagine. In Argentina, for example, World Bank estimates indicate that climate change will cause farmers to lose US$2.5 billion in soybean and corn crops.

The fight against global warming is not only a question of reducing emissions, but also of knowing how to manage resources. In Latin America, water heads the list of resource priorities.

Demographic and economic growth, together with climate variability, will increase pressure on water resources. According to experts, by 2080, between 43% and 50% of world population growth will be concentrated in countries with limited water supplies, as compared with 28% today.

There are many water challenges, which require multisectoral solutions. Feeding the estimated 9 billion people who will live on the planet in 2050 will require doubling the amount of water available for farming. Irrigation is by far the activity that consumes the most water, accounting for nearly 70% of extraction and 90% of consumption worldwide.

The energy sector faces similar issues. Currently, more than 1.2 billion people lack electricity. It is estimated that producing energy today requires approximately 15% of water resources. However, estimates indicate that global energy use will increase by 35% in 2035 and while water consumption will be more efficient, real consumption of this basic element by the energy sector may increase by 85%.

Countries such as Brazil, where annual demand for energy increased by 4.5% over the past decade thanks to economic growth, is expanding and improving its bidding system to attract private capital to exploit the country’s enormous wind resources.

But challenges are increasing, for which reason Latin America is seeking innovative ideas to lead the fight against a warmer planet. All suggestions are welcome.