Risk to Try, Dare to Triumph – Animating Armenia’s Economy with Innovation and Competitiveness

Tamar Kaghzvandyan was captivated by images of “Alice in Wonderland” as a youngster and developed a passion for animated cartoons. Today, this 20-year-old, jean-clad, curly brunette – and Art Academy student – has found an outlet for her bustling creativity at the Multimedia Lab housed in the Gyumri Technology Center in northwestern Armenia.

The Multimedia Lab’s learning modules have helped Tamar and dozens of others to learn the basics of animation, and within a year many have become full members of creative teams working on a myriad of projects ranging from cartoons to animated best-practice tools for managers.

Armine Mikhaelyan was an unemployed teacher raising two children when she first joined the Lab, but is now working steadily. “I learned about this opportunity through my sister, who had benefitted from the courses provided here,” says Armine. “Animation was something I did in my free time and I enjoyed creating my own virtual world. I did not imagine it one day becoming a full-time commitment, helping me to earn a decent living.”

Tamar and Armine are just two of many people whose lives have taken a positive trajectory following the opening of the Gyumri Technology Center, which was established through the E-Society, Innovation and Competitiveness Project, a collaboration between Armenia and the World Bank.

"Find a Job" posters encouraged these youngsters to attend training organized by GTC. By their fifth day, they were closer to considering options for creating new jobs that fit their interests and ambitions. Photo: Nvard Manasian/World Bank Group

" We have deliberately adopted an open door policy. People and organizations are welcome here. Our beneficiaries come here to learn English, get engaged in startup teams and just join any of the clubs or labs in order to get the fill of the place, grow personally, meet others and create networks. "

Director of the Gyumri Technology Center

At the opening ceremony of GTC, the President of the Republic of Armenia was invited to see some of the services offered by the "Technopark" to students and young people interested in technological solutions. Photo: Nvard Manasian/World Bank Group

Information and communication technologies play an essential role in helping the local economy to grow more businesses and people to find jobs. During the last decade alone, the number of companies in Armenia’s information technology (IT) sector has grown more than 400 times, reaching a total output of around US$ 300 million in 2013.

With such a large growth in the IT market, the World Bank and the Government of Armenia have committed to facilitating a more competitive and innovative environment for firms so that technology clusters will also develop outside the capital city of Yerevan.

The Gyumri Technology Center – or “Technopark” as the locals call it – supports the marketability of new and innovative ideas by incubating teams and startups, and taps into early state venture capital to generate new business ideas into viable enterprises.

Technopark’s participants among others include individuals who are currently unemployed and looking to start their own businesses: they have ideas – but are in need of the skills to make them materialize. Companies that have already become tenants include D-Link, Instigate Design, Time Production, Cleantech Open and Startup Club.

Misak Karagyozyan, Director of the Gyumri Technology Center says, “We have deliberately adopted an open door policy. People and organizations are welcome here. Our beneficiaries come here to learn English, get engaged in startup teams and just join any of the clubs or labs in order to get the fill of the place, grow personally, meet others and create networks.”

More than ten teams and startups have been incubated at the Center to date, and 140 participants have benefitted within the last six months from training on subjects such as business, multimedia, and engineering. With the recent exchange of young professionals between Armenia and Turkey, and visits from startup teams from seven regions, the Center is gradually becoming a hub for different country and regional initiatives.

Located in Armenia’s second largest city – which has yet to fully recover from the consequences of a devastating earthquake over two decades ago – the Technology Center has emerged as a positive force in a region which is actively wrestling with unemployment and emigration, and has given hope to hundreds of young professionals who dare to dream big. Gyumri has also become a unique place for IT sector specialists and companies that have decided to move away from the overcrowded market in Yerevan and tap into a highly-recognized pool of skills and creativity.

On the same premises as the Technology Center, the Gyumri Information Technologies Center (GITC) is an educational foundation which offers a two-year program that includes Web Technologies, Mobile Technologies and Hardware Design, as well as Architecture. GITC also acts as a magnet attracting local talent and IT businesses: the IT market in Armenia absorbed 90 graduates (out of a total of 108), with over half of them being employed in Gyumri itself. Most of the students get job offers while in school, unlike their counterparts from similar academic programs who need time after their graduation to adapt and compete for jobs.

“We started the program in the Library of the City Hall,” says Amalya Yeghoyan, Director of GITC. “With a tiny space of 60 square meters and with two employees, we managed to establish a strong program because of the enthusiasm and ambition we all shared. After a year of program delivery with the first graduates fresh out of the school, we were able to attract the first software company to open its office in our city.”

It is no coincidence perhaps that the Technology Center is located in the heart of Gyumri – a historic city with a tradition of art and creativity. Although it has to contend with high unemployment, the city nevertheless provides some hope for young people that they can find a well-paying job, and for businesses that they can get a skilled labor force at competitive prices.

Within a highly competitive and price-driven industry such as IT, the Center is opening up new windows of opportunity. As one tenant says, “The future is here, now it needs to be shared with everyone!” 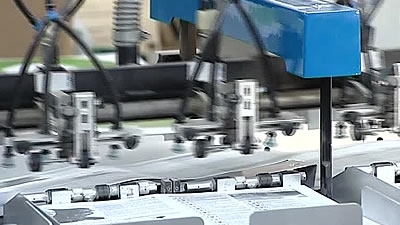