Click to open a full version of the infographics.

The long held understanding that success in life and one's career depends on getting a university diploma has eroded. Success today requires a lifetime of learning and adapting to the rapid changes of a global economy, new technologies, and transforming job markets.

More than ever, success today depends on soft skills - perseverance, the ability to work in teams, and clear communication - in addition to literacy and math. The foundation of these soft skills, however, is laid in the first 7 years of life - meaning that attending kindergarten is as important as graduating from a a good university.

Research from the World Bank argues that inequalities in education in Bulgaria start early - with too few children from poorer backgrounds benefitting from early childhood care and preschool education programs. Yet, global research has proven that quality, early-childhood development interventions can effectively break the transmission of poverty from one generation to the next.

For Bulgaria in particular, data from the international Program for International Student Assessment (PISA) tests in 2012 have shown that extending the preschool education of vulnerable children by one year translates into gains in PISA test-results equivalent to an additional half a year of schooling. This is even more valid for kids from minority and poor families, meaning more time to socialize and broader exposure to the Bulgarian language in kindergartens can better prepare them for school - leading to better cognitive and social skills, and fewer students dropping out of school later in their education.

A recent World Bank report reveals that Bulgaria has the least equitable school education system in the European Union (EU), as well as the countries in Europe and Central Asia. Whereas other countries implement educational policies that reduce differences in educational outcomes between students living in poor and rich regions, a number of features of the Bulgarian education system tend to increase social and economic inequalities among students.

Before the democratic changes of 1989, Bulgaria maintained an elitist system of higher education that selected the best and most talented for university programs. The secondary education system was geared toward producing the required talent by establishing a small number of highly selective public schools that offered education programs in foreign languages and advanced math.

Nowadays, with Bulgaria’s membership in the EU, higher education enrollment has become massive, but the brightest students graduating these “elite” secondary schools now tend to choose universities outside of Bulgaria. The remaining part of secondary school graduates come from low-performing schools where between 56% and 60% of the students are functionally illiterate. These are the students that stay in the country and enter the labor market or go to Bulgarian universities.The situation is further compounded by the widespread perception that higher education in Bulgaria is of low quality and relevance.

Bulgarian universities are confronted with a high level of dissatisfaction, with nearly 85% of university graduates voicing dissatisfaction with the quality of their education, the outdated curricula, and the irrelevant knowledge and skills they acquire. In a report that informed the development of Bulgaria's national strategy for the higher education sector over the next 7 years, the World Bank assessed  key challenges in quality assurance, governance, and financing of higher education in Bulgaria.

" It takes time, a clear plan, and strong commitment to achieve transformational changes in education. " 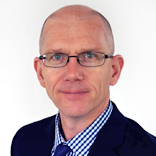 The World Bank offers four important messages to policymakers that might have a transformative impact:

First, Bulgaria can improve the education outcomes for children from disadvantaged backgrounds by expanding their participation in inclusive - and quality - early childhood education programs. This involves action in two areas: (i) making preschool education compulsory and free for all children aged 3-6 and implementing additional measures to achieve full participation of Roma and other vulnerable children in preschool education for at least 3 years before enrolling primary education; and (ii) expanding the scope, coverage, and quality of public child care service provision for children aged 0-3, with priority focus on vulnerable children and their parents.

Second, better equity and quality of basic education may be achieved by following two different - but not necessarily mutually exclusive - paths. One option might be for Bulgaria to implement a well-funded program for extensive support for low-performing schools and schools in disadvantaged regions, providing all the inputs and resources needed to bring these schools equal with high-performing schools. This would require targeted actions to improve curriculum and ensure that low-performing schools benefit from the most effective teachers in Bulgaria.

However, in the context of Bulgaria, high-performing schools produce exceptional results because they are also able to select the best students. To address this issue, a second reform path may require a structural change in the education system whereby the ability-based tracking of students into profiled, general, and vocational tracks is postponed to later grades. Such a reform would reduce school stratification resulting from the concentration of students with similar socio-economic status and will narrow the performance gap between schools.

Peer learning among students would intensify as greater diversity in skills and abilities among students is achieved and more effective teaching and learning strategies could be employed to improving learning outcomes. Finally, this structural change will increase the students’ exposure to general education content (as opposed to the present vocational curriculum that offers 20 per cent less general education content), thus allowing for better formation of general and basic skills, as argued in a recent World Bank report on workforce development

Third, to improve the quality and effectiveness of teaching, changes in policy are needed. A large proportion of current teachers will retire in the next decade. The vacancies that open as a result of their retirement call for the development and implementation of a comprehensive teacher policy that covers new entrants into the profession.

According to World Bank research on teachers in Bulgaria, such a policy may include incentives to attract the best students into pedagogy programs in universities; raising the standards and the quality of the pedagogy university programs, the pre-service and in-service teacher training and qualification programs; adopting a new remuneration framework for teachers that is capable of attracting and retaining the best and most talented teachers and providing additional incentives for effective teachers working in hard-to-staff schools.

Finally, in terms of the school curriculum, Bulgarian schools would benefit from greater autonomy on curriculum and teaching methods and a stronger focus on teaching kids how to become good learners - rather than memorizing facts or exposing the students to occupational training too early. Bulgaria may benefit from the experience of a high performing country like Poland, where reforms led to unprecedented gains in the performance of Polish students on the PISA test.

According to Professor Zbigniew Marciniak, former Polish Under-Secretary of State at the Ministry of National Education - who visited Bulgaria in October and shared his experience while meeting with key stakeholders in Bulgaria - success in Poland was driven by bold education reforms made in big, hard-to-reverse steps that resulted in significant improvements among low achieving students.