Herat City, Herat Province – Twenty-year-old Nematullah stands along a creek as it snakes across almost the length of Buland Shahi community, a neighborhood in Herat City. The creek was the old source of drinking water for the neighborhood. Just 100 meters away, a big water tank, surrounded by walls, sits atop large iron pylons. This recently installed water tank is the new source of drinking water for the entire community.

Nematullah remembers the time when his family of 11 had to use water from the creek for drinking and other needs, including laundry. “We would stand in a line for water from the hand pump; it was very crowded and waiting would make us very tired,” he recalls. “Now we have water tap in our courtyard; we drink from this clean water and do not become ill. Water flows to all houses in our community.”

The Buland Shahi neighborhood, in Enjil district, is home to around 1,350 people in some 307 households. The project for clean drinking water was made possible by a government program, with financial assistance from the World Bank.  Muhammad Asif Mansori, head of the Community Development Council in Enjil district, says: “The project of potable water cost about Afghani 2.3 million (about $45,000) and, in its implementation, the local residents also contributed Afghani 300,000 (about $6,000).”

According to engineer Hamidullah Yalani, head of the Directorate of Water Supply in Herat, more than 90 percent of residents in Herat Province currently have access to drinking water.  “Three years ago we only had three hours of operations, now it is 24 hours. Back then we provided 8-10 million cubic meters of water, which has now reached 13 million cubic meters.”

Rumi Consultancy / World Bank
" All the people in our neighborhood wished for clean water; now we are happy that we have water in our homes and can use as much as we want. "

Clean water was a pipe dream

The provision of potable water was one of the major priorities of residents of Buland Shahi. Zeba, a member of the community Council of Elders, who goes by one name like many Afghans, emphasizes that with the execution of this project the danger of contracting different diseases as a result of drinking unclean water was removed.

“We are very happy and this is very beneficial, because we did not have potable water in this community. We are downstream and could not get irrigation or drinking water, nothing,” explains Zeba. “There were three or four hand pumps from which we took water with much difficulty and the water caused kidney stone, bladder stone and a lot of other health problems.”

Zeba proudly shows off her home – a small courtyard with some mud rooms close to the water reservoir. In this courtyard, more than anything else, the water pipe, which has been placed along the courtyard gate, catches attention. It is something that, earlier, could not have been more than a dream for her family members. “All the people in our neighborhood wished for clean water; now we are happy that we have water in our homes and can use as much as we want,” she says.

The Afghanistan Urban Water Supply and Sewerage Corporation (AUWSSC) is responsible for the country's urban water supply and sewerage, and has expanded operations. AUWSCC believes that the World Bank’s investment helped them become self-sustainable – something that looked impossible without the financial and technical assistance. Dad Muhammad Baheer, Acting General Director of AUWSCC, says: “The World Bank assistance to us laid the foundation to attract the assistance of other donor institutions and this led us to self-sustainability.”

“From the $18 million granted for capacity building, we have spent 97 percent and the remaining 3 percent will be finished by the end of this year. In fact if the World Bank did not help with the salaries of expert employees no one would have been ready to work for our salaries and capacity would not be built,” says Dad Muhammad Baheer. With the government’s approval of increased water tariffs by over 200 percent, AUWSSC is on a sustained path to transformation into a financially viable institution.

In May 2006, the World Bank supported the Afghanistan Urban Water Sector Project, which closed on June 30, 2014, to assist the government develop the capacity of AUWSSC for operational management, and investment planning and implementation.

Steady progress has been made through the project including significant institutional development results since the creation of the water utility four years ago.  Select empirical indicators for operational management, measured by the expansion and improved efficiency of operations, show great progress, including cost reductions, more metered customer connections, and increased annual revenue from water sales by 177 percent from Afghani 132.5 million ($2.3 million) to Afghani 367.3 million ($6.4 million). 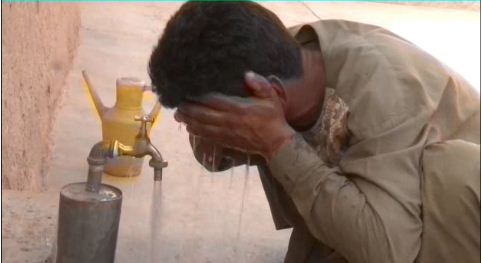