In the mountainous and remote areas of China’s Ningxia Province, a vehicle that doubles as a mobile classroom travels from village to village, bringing skills training to the doorstep of rural residents yearning for a better job.

In the past few years, China has seen millions of rural workers migrating to cities seeking employment. Numbers reached 269 million in 2013 – a figure that is expected to rise progressively in the foreseeable future.

This switch has exposed the troubles farmers are facing in making the shift to urban labor markets. Migrant workers are relatively poorly educated, with the majority lacking skills to make them suitable candidates in city job markets.

To overcome this issue, the World Bank-supported Rural Migrant Skills Development and Employment Project was established in the provinces of Ningxia, Anhui and Shandong, giving rural migrants better access to skills development opportunities and providing them with employment services and worker protection.

In rural Ningxia, the land is barren and the climate harsh. With this environment, as less arable land becomes available, more people are in need of non-agricultural jobs.

And in such a mountainous and remote region, it is unrealistic for members of the community to go to formal training schools. So the local government decided to bring vocational training to the peoples’ doorstep – using a vehicle that doubles as a mobile classroom.

The vehicle travels from village to village and is designed to meet the needs of local people, with a variety of training from making ethnic clothing to cooking Muslim food (Ningxia has China’s largest Muslim community).

Ma Haihua, a villager in Huangdubao County, Ningxia, has gone from a student in the mobile classroom to a restaurant owner.

She learned how to use spices, make cold dishes, cut potato, and stir-fry mutton. The cooking course was, for her, a life-changing experience.

With her improved lifestyle, Ma bought a car and built a new house. “With this restaurant, I have money and can support my entire family like never before,” she said with a broad smile.

In Guyuan county, Ma Shijie returned home to attend the free skills training offered by the government after spending a few years doing menial jobs on construction sites in cities.

He is now learning how to operate an excavator.

“I like the training. It makes me feel upbeat,” said Ma. “Some of my friends who worked as excavators could earn as much as 8,000 yuan a month. Before, I could only do odd jobs, like mixing cement or carrying bricks and earned 3,000 yuan a month at the most.”

Ningxia is home to more than two million Muslims. It is part of their tradition to learn Arabic and study the Koran, the holy book of Islam.

As China strengthened its economic and trade ties with Arab countries in recent years, mastery of Arabic now also means better chances in the job market.

To make the training courses more relevant to market needs, the government also helps Arabic schools extend their curriculum from language and Islamic culture to a more comprehensive vocational education. A key part of this initiative is the field of business and trade.

With World Bank support, a set of Arabic trade and business service training materials have been developed and are now in use. They cover international trade, law, business etiquette as well as communication.

China has seen millions of rural workers migrating to cities. But these migrant workers are relatively poorly educated, with the majority lacking skills to make them viable options in city job markets. A program is helping them develop skills.

World Bank Group
" I like the training. It makes me feel upbeat. Some of my friends who worked as excavators could earn as much as 8,000 yuan a month. Before, I could only do odd jobs, like mixing cement or carrying bricks and earned 3,000 yuan a month at the most.  "

a villager in Guyuan county

In Ningxia, home to more than two million Muslims, it’s tradition to learn Arabic and study the Koran. As China strengthened economic and trade ties with Arab countries in recent years, Chinese Muslims, especially the younger generation, are discovering another benefit to learning Arabic.

Contacts with employers in nearby cities have also been made to help trainees land a job as soon as they finish with their courses.

Xu Wenshuai owns a factory that manufactures ethnic clothing. He signed a contract with the government to recruit graduates of the training program who have passed course exams.

“They will be my frontline workers,” he said. “If we recruit ‘green’ hands somewhere else, their skills tend to be poor. But these people have already been trained and can hit the ground running, which is very good for our operations.”

The movement from rural to urban has also given rise to a new profession – labor brokers, who handle almost all aspects of migrants’ employment, such as helping them with interviews and the recruitment process, dealing with human resources and administrative procedures, payroll details, and transport.

Yang Baohu, once a migrant worker himself, began to work as a labor broker a couple years ago. “I organized the surplus labor in my county and introduced them to employers in cities. When united, we become stronger and get better job opportunities. It also became easier to make our voice heard and have our rights protected,” said Yang.

The local government recognized the benefits of having labor brokers to ensure the smooth transition of migrant workers to urban areas to ensure they get access to better employment opportunities.

It also recognized that this profession needs to be regulated and better managed, resulting in courses on how the labor market works being offered to labor brokers.

Labor brokers also get support to obtain a qualification certificate and receive free consultations on labor laws and regulations from the government.

Yang Baohu took the courses and has now become a peer educator for other labor brokers who just joined the field.

“The biggest gain for me is that I learned labor laws and now know how to use laws to protect rural workers’ interests,” said Yang.

“Globally, rural-to-urban migration is an inevitable trend. How to provide such a large number of rural workers with better employment opportunities and protect their rights is high on the agenda of every government,” said Dewen Wang, a senior social protection economist with the World Bank. “We hope the practices and innovations of this project in China can inspire other developing countries.” 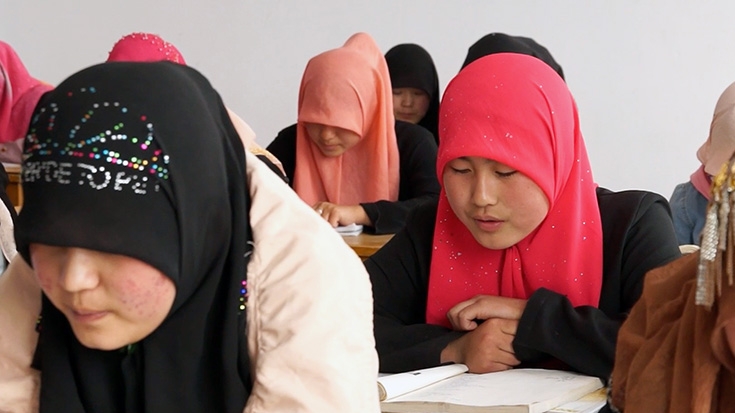