In the Belly of the Himalayas

It took seven years to excavate the 15-km long tunnel that now carries water to power the turbines.

Constructing the Rampur Hydro Electric Project in the geologically young Himalayas has not been easy. A band of dedicated workers, engineers and contractors labored underground for seven years to excavate the 15-km long tunnel that now carries water to power the turbines.

Sudden and dangerous gushes of extremely hot or cold water, falling rocks, mud flows and claustrophobic dust clouds were only a few of the hardships they encountered - hardships, they say, that only strengthened their resolve to see the project through.

Jagmohan Singh Rawat, a construction worker from the neighboring state of Uttarakhand, remembers how extremely uncomfortable it was deep inside the heart of the mountain. Not only was it hot and damp, he recalls, but temperatures often touched a searing 39 degrees Celsius, and huge ventilators were needed to pump in fresh air from outside.

Nonetheless, Rawat adds, work continued round-the-clock, and the workers often lost track of time. "During the day-shift, we didn’t see any sunlight or the blue sky, and during the night-shift we were unaware of the darkness outside. But as work progressed, the job became addictive. The challenge of seeing light at the end of the tunnel kept us going.”

Rati Ram, a local from Himachal Pradesh, worked on the team building the Surge Shaft.  “Initially, of course, we were apprehensive about working inside the mountain,” he admits. “But as we went deeper and deeper into the mountain, we became more confident.”

The fragile geology of the young Himalayas added to the complexity of the challenge.  One winter afternoon in 2010, while boring the headrace tunnel, the team encountered a nasty rockfall.  Probing ahead, the engineers found cavity after cavity in the rock in front of them. "We found more than 50 cavities in just that one stretch,” recalls K. K. Gupta, the project head. This slowed the excavation down dramatically as each meter of rock had to be shored up at a time to prevent it from collapsing

Staring at inordinate delays, the engineers returned to the drawing board.  Then, deciding to press on undaunted, they continued excavating further down the tunnel’s route, leaving another team to labor through the difficult stretch.That meant building an additional  130 metre tunnel to reach ahead of the cavities and pick up excavation on the main route again Even so, it took 15 months to drill a mere 25 meters – way slower than their average clip of 178 meters a month where the rock was stable.

All this delayed the project by more than a year.  But today, with the turbines finally spinning, Mr. Gupta heaves a sigh of relief: "It has been a very challenging assignment, but a very satisfying one too.” 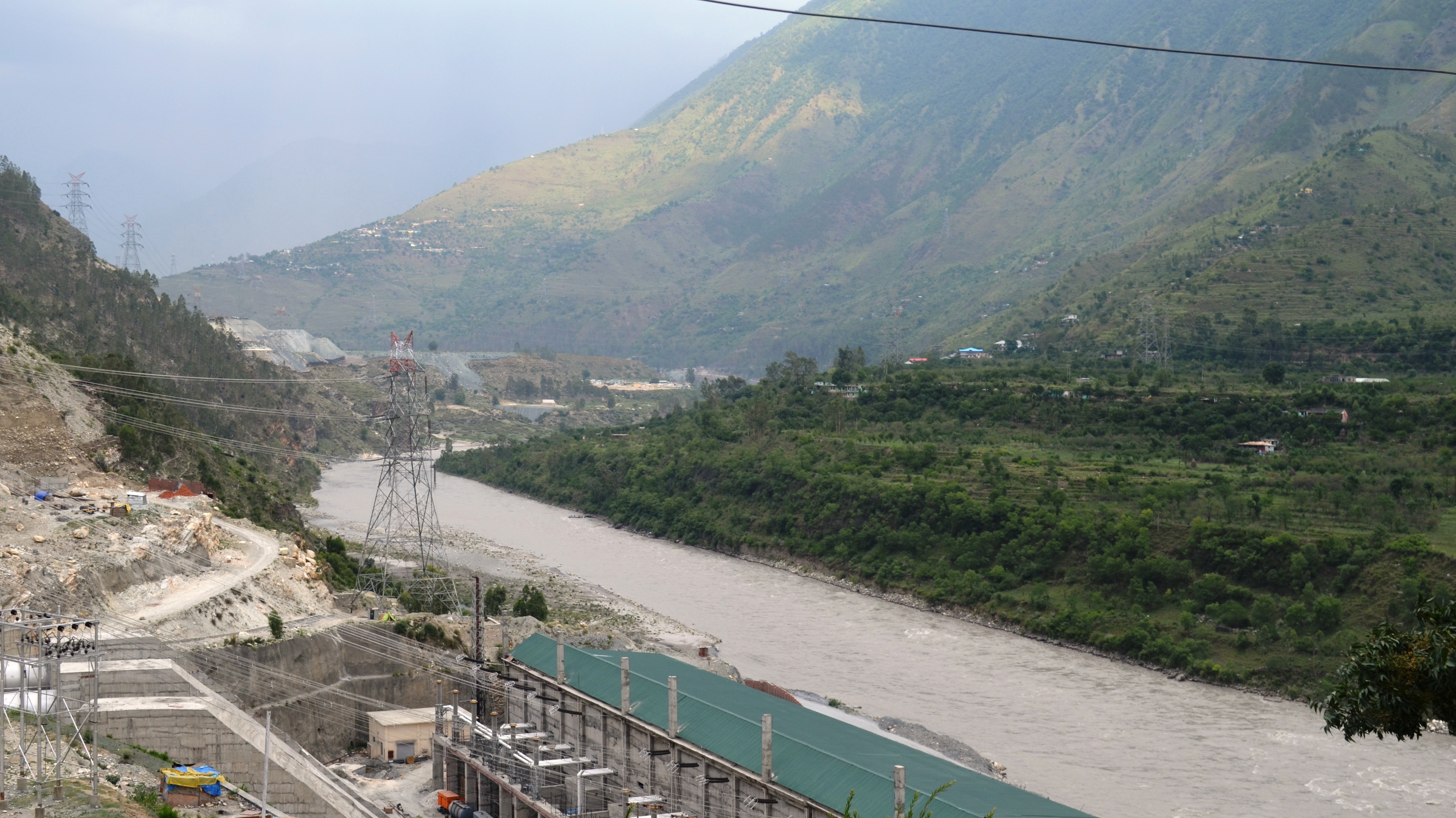 Rampur Hydropower Project: Benefits for All