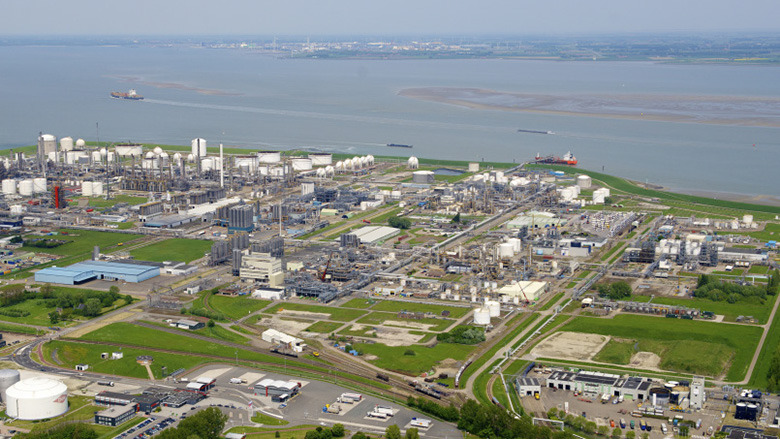 In Bangladesh, rising fuel and utility costs have put a strain on investments in the textile and ready-made-garment sectors, both of which have a large presence in the country’s export processing zones (EPZs) and are major sources of employment.

Though Bangladesh is not a heavy emitter, accounting for less than 1 percent of global greenhouse gas emissions, it is one of the most vulnerable to the effects of climate change—particularly as it relates to rising sea levels and extreme weather events. To take a proactive approach, Bangladesh has partnered with the World Bank Group, Korea International Cooperation Agency, the United Kingdom’s Department for International Development, and the European Union to develop and implement a low-carbon green zone initiative.

The government of Korea was a key proponent of the initiative and shared knowledge gained from implementing its national green growth agenda, such as the transformation of Korea’s industrial parks into eco-industrial parks. The collaboration between the two countries helped bring to fruition the first captive power project in Bangladesh.

As a result of these efforts, Bangladesh has become the first low-income country to adopt low-carbon zone guidelines and a roadmap that, when fully implemented, will reduce greenhouse gas emissions by 17 percent in the country’s industrial zones.

The lessons learned from Bangladesh have been captured in a new World Bank Group publication, Low-Carbon Zones: A Handbook for Practitioners. The handbook is designed to aid practitioners, governments, and the private sector in understanding low-carbon zones and the systematic process required to develop and operate in such zones.

Recently, it has become increasingly costly to power EPZs in Bangladesh. Dwindling domestic gas reserves has resulted in rising gas prices, which has adversely affected the profitability of several factories established within the EPZs. In the past five years, industrial energy rates were raised five times in the country’s Chittagong EPZ, which employs more than 150,000 people.

In addition, as climate change has been brought to the forefront of global political agenda, international corporations are placing a greater emphasis on sustainable sourcing and greener supply chains. EPZs are under scrutiny as they often use energy of all kinds within a relatively limited geographical area and emit significant levels of greenhouse gases, a major contributor to climate change.

One way to address these concerns is to create specialized low-carbon zones. Low-carbon zones promote energy efficiency and lead to energy cost savings while reducing the environmental footprint of industrial and related operations within the zone. They also provide a testing ground to pilot green projects and policies. With demand for green and low-carbon products on the rise, low-carbon zones are expected to attract investments and establish the new norm for production standards.

" The introduction of new technology will not only help face climate change but also promote business growth. "

Bangladesh sought to develop an approach to transform the existing export processing zones into more environmentally friendly low-carbon zones. The Chittagong EPZ was chosen as the first site to conduct an inventory of greenhouse gas emissions. The exercise showed that 330,000 million tons of greenhouse gases were emitted from the zone annually. Energy saving opportunities were identified. Many of them were quick-win solutions such as improving boiler efficiency that would require minimal cost outlay but would boost the bottom lines of companies. According to the new Handbook, energy efficiency alone can lead to operating cost savings of an estimated 24 percent for industrial enterprises.

One of the larger scale opportunities identified was cogeneration, which involves generating steam from the waste gas of the power generation unit and then supplying it to other enterprises.

“Certain firms have already shown interest in using this method,” says Emdadul Haque, Chairman of the Bangladesh Energy Regulatory Commission. “It is a nationwide opportunity that would greatly improve the currently poor efficiency of power producers.”

Since Bangladesh’s energy regulations lacked legal provisions to support buying and selling of steam between two companies, a regulatory framework was needed to provide incentives to scale up industrial cogeneration at the national level. The first national legislation on cogeneration was born—an example of transforming a solution identified in an industrial zone into a nationwide policy.

In addition, a pilot body called “green cell” is being set up to provide institutional support to the enterprises and connect them to resources necessary to pursue low-carbon projects.

The initiative led to the production of low-carbon zones guidelines and roadmap to guide the low-carbon transition for all EPZs in Bangladesh. The guidelines advise on cost competitiveness, active dialogue with stakeholders, and quick improvements that will deliver immediate results. Based on the guidelines, the Bangladesh EPZ authority plans to introduce targeted low-carbon processes in the seven other EPZs as well as other industrial areas in the country.

“By promoting a low-carbon green EPZ, we can reduce our operation cost,” said Mahbubur Rahman, Bangladesh EPZ Authority’s Member of Finance. “The introduction of new technology will not only help face climate change but also promote business growth.”

A Boost for Investment

To date, the low-carbon zone initiative in Bangladesh has generated more than $170 million in private investments towards improving energy availability, $42.5 million of which will come from IFC to invest in the country’s strained power sector. Low-carbon zones can help attract more “green” foreign direct investment (FDI) to Bangladesh. The spillover effect of green FDI creates new industry value chains, generates employment, and contributes to skill development of workers, engineers, and managers.

The impacts of the low-carbon initiative go beyond boosting investments. The local community in Bangladesh is benefitting from the reduced industrial energy use and increased energy availability for the national grid. Part of the initiative also involved training engineering students in low-carbon industries. The training helped raise the profile of the green industry and exposed the country’s youth to potential new career paths in the fields of green growth, energy auditing, and cleaner production.

A Model for Other Low-Income Countries

Bangladesh’s example shows that low-carbon growth does not burden firms but in fact can improve competitiveness and encourage new markets. For other low-income countries also looking to address climate change without compromising economic growth, low-carbon zones offer a potential solution. Low-carbon zones could improve reputation and positioning in the global marketplace for both the zone and the individual enterprises. Lower energy import needs and reduced production costs could enhance competitiveness for businesses and the national economy.

Welcoming the green drive, Nasir Uddin, Chairman of Pacific Jeans, a local exporter of blue jeans and denim from Bangladesh says: “At Pacific, we have already started environment-friendly production procedures. Once the green production idea is adopted by all, we hope Bangladesh can stand as an example.”