MAPUTO, April 10, 2014 -- How wealthy is Mozambique after the discovery of its resource boom?

How Wealthy is Mozambique after the Discovery of Coal and Gas, a recently published World Bank policy note, explores this question and kicks off the Development Dialogue Series in Mozambique. The series is designed to inform policy discussions around management of natural resources and the set of reforms needed to translate natural capital into other forms of capital.

“The World Bank is a knowledge institution,” said Mark Lundell, World Bank Country Director for Mozambique. “Thanks to its extensive experience of development work, it has become a reliable source of development knowledge. This report and our dialogue series aim at establishing a platform for sharing that knowledge, thus contributing to public debate and ultimately inform policy making in various fields of public policy in Mozambique.”

The policy note uses the Wealth Accounting method, which measures the number of assets that a country has to generate its income and that teaches us something about the sustainability of growth in the context of abundance of natural resources, and it provides some answers as to why some countries have become poorer in the long run despite being rich in natural resources.

"The Wealth Accounting framework shows us that the relationship between wealth and economic growth is not always positive, especially for resource-rich countries. Many of those countries grow their wealth depleting their subsoil wealth without investing it in other types of capital, thus exhibiting a negative or zero growth in their assets over the same period. In other words, in resource rich economies the high GDP growth cannot always be associated with a growing asset base but often only reflects the depletion of natural capital," said Enrique Blanco Armas, World Bank Senior Economist in Mozambique and lead author.

Following the recent discovery of some of the largest reserves of gas and coal in the world, natural resource management in Mozambique has become an important topic for the country. As the report notes, the prudent management of the revenues will ultimately determine whether they translate into sustained flows of income and development dividends in the long run or not. The report also argues that the extent to which natural capital translates into other forms of capital from which to derive a sustainable income stream is what lies at the heart of good natural resources management.  This is what differentiates successful natural resource rich countries from less successful ones it adds.

Experience shows that the quality of governance and institutional capability are a key for countries to be able to translate natural capital into other forms of capital in an effective way. A variety of governance indicators show that Mozambique's institutions are relatively weak, raising concern about the country's ability to manage natural resources well. But the report notes that Mozambique can also build on significant progress in some key areas; democratic elections, free press and a vocal civil society suggest a gradual strengthening of civic institutions.

Although the main audience of this policy note is Mozambican policy makers - the dialogue series will help broaden the discussion around management of natural resources to include civil society, private sector and the international development community. 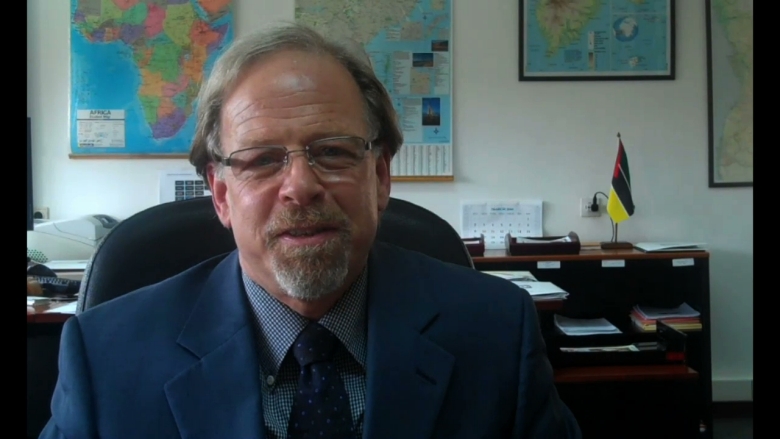