An Incentive Package to Encourage Small Business Registration in Benin 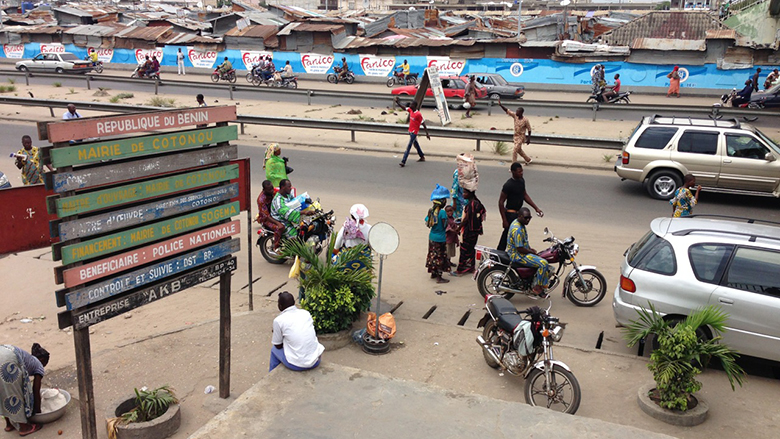 Registering a business is still a daunting task for most small entrepreneurs in Africa. What if a package of combined incentives—easier registration steps, advice on tax filing, training on accounting and firm management—could ease the process and therefore encourage small entrepreneurs to take the plunge?

A Large and Pervasive Informal Economy

The informal sector is predominant across Sub-Saharan Africa. In Benin, it accounts for two-thirds of the country’s gross domestic product (GDP) and 90 percent of the working population. Benin’s informal economy faces numerous operational and financial constraints. The vast majority of firms, 98 percent, are owned by individual entrepreneurs who oftentimes use their own funds, and nearly all informal firms operate with a capital stock under $2,500.1 From the government’s perspective, tax contributions from the informal sector are estimated to be as low as 0.86 percent of total tax revenues.

Micro, small, and medium enterprises dread the administrative and financial costs associated with tax requirements and compliance with regulations. Yet formalization has the potential to improve firm performance by facilitating access to credit, attracting a more educated work force, and increasing productivity, profits, and investments, among others. In the long term, formalization may lead to increased employment and better living standards.

In an effort to promote formalization across the region, the Organisation pour l'Harmonisation en Afrique du Droit des Affaires (OHADA)2—with support from the World Bank Group—has revised its General Commercial Law to introduce the entreprenant status.3 The entreprenant status is a simplified legal regime specifically designed for small entrepreneurs to facilitate the migration of informal businesses into the formal sector.

While the law applies to all 17 member countries, each country can define its own set of incentives to encourage informal firms to adopt the new status.

The World Bank Group is supporting the government of Benin in the formulation and implementation of the legal and administrative regulations that will define the entreprenant status. Comprised of experts from the World Bank, IFC, the World Bank Group’s Investment Climate Department, as well as the United Nations Conference on Trade and Development (UNCTAD), this joint World Bank Group project is conducting a multi-year impact evaluation study on the various sets of incentives that can drive the formalization process.  A summary of the evaluation is shown below.

“We have embedded this impact evaluation into two existing regional IFC and World Bank projects aimed at improving the business environment in the country,” says Massimiliano Santini, an economist from the World Bank Group’s Investment Climate Department who is leading this project. “Understanding the effect of different sets of incentives on formalization rates and business performance is critical in formulating and scaling up the best policies for small and medium enterprises in Benin.”

“Indeed, this study is very timely,” says Olivier Fremond, World Bank country manager for Benin. “In addition to supporting the implementation of the entreprenant status, the World Bank Group is also assisting the government in designing a new simplified tax regime for micro and small enterprises. Understanding the impact of tax mediation and tax protection services on formalization will be invaluable in shaping the new tax laws.”

The team is currently conducting a survey of informal businesses both in and outside of Dantokpa market, one of the most important commercial areas in the country, and the largest market in West Africa. The team plans to launch the entreprenant program in mid-April. Upon completion of the impact evaluation, the package of incentives that result in the highest number of business formalizations will be scaled up and adopted by the government as the officialentreprenant status. New insights gained from the project will also inform the shaping of theentreprenant status in other OHADA member countries. The study will also explore whether the granting of the entreprenant status is more effective for women entrepreneurs, thus contributing to women’s empowerment, and inclusive growth.

To learn more about this project, please visit our page on Impact Evaluations.