Welcome to the Healthy Villages in China

With the World Bank-supported Rural Health Project, rural communities across eight provinces in China learned about healthy living and have become more proactive in protecting their own health.

Qinghai Province, China – Despite rising incomes, poor health has remained a major hurdle for China’s hundreds of millions of rural residents in their pursuit of better quality of life.

But changes are already occurring – a “Healthy Village” program is now in full bloom in eight Chinese provinces under the World Bank-supported Rural Health Project, aiming to improve the health and wellbeing of rural communities.

What is a “healthy village”?

According to WHO, a village or rural community can be considered healthy when rates of infectious diseases are low and prevention, control and management of people with non-communicable diseases is available, and when community members have access to basic services and healthcare.

It also encompasses health beyond healthcare by providing a clean environment, potable water, good sanitation and open areas for safe and pleasurable recreation and physical activity.

Because of poor quality of care in hospitals in China’s rural areas, which is usually related to lack high-quality equipment and manpower, rural residents tend to flock to distant urban centers for care at great cost and inconvenience.

For example, in the Xiayan Village Clinic, in Datong County of Qinghai Province, new equipment such as examination beds and UV disinfection machines has been acquired to better meet people’s health needs. “We also have a new file cabinet to store all the health records of the 800 villagers here, so that we keep track of their health condition,” said Zhu Shouying, a village doctor.

Besides primary care, the village clinics’ role in providing preventive services and health education has been strengthened. For example, after receiving health education on gynecological diseases prevention, 66 percent of the women in the village reported changes in behaviors, Doctor Zhu said.

Guo Qiuxiang, a 30-year old patient at the clinic, shared her experience, which should sound familiar to many rural residents across China. “In the past, we went to city hospitals when we got sick. It was far and inconvenient, exhausting and expensive,” she said.

“Now I can come to the village clinic anytime I feel sick. I am very satisfied with their services.”

" In the past, we went to city hospitals when we got sick. It was far and inconvenient, exhausting and expensive. Now I can come to the village clinic anytime I feel sick. I am very satisfied with their services. "

a 30-year old patient in the clinic

Rising incomes do not necessarily result in better health, reflected Han Guolu, a 70-year old villager in Datong County. Good health can only be gained if you take good care of your health, he said.

Being better off, senior citizens like Han no longer need to toil in the fields. But then new health challenges appeared: addictive behaviors like drinking and smoking, rising rates of high blood pressure and diabetes – diseases that were previously only found in more affluent urban areas.

Thanks to the “Healthy Villages” program, rural communities have learned about how healthy behaviors, such as doing outdoor activities, contribute to healthy living and have become more proactive in protecting their own health.

“We learn about these from health workers, peer educators and village leaders,” said Han Guolu, as he was playing a musical instrument with several other senior citizens in the newly-built Cultural Plaza of the village.

The peer educators are a group of women chosen by fellow villagers because of their relatively high educational level and passion for volunteer work. You Yuzhen, a peer educator, visits her neighbors who have chronic diseases and checks up on their condition with simple instruments such as sphygmometer and blood glucose meter which she has been trained to use.

“If I found that their blood pressure had increased, I told them to eat less salt, do more exercise and eat more fruit and vegetables,” You Yuzhen said.

Another problem was that old unhygienic habits die hard, despite improved livelihoods. “We used to have just one chopping board and did not separate raw and cooked food,” said Wei Hua, a 65-year old villager.

Through the program, villagers learned not to mix raw and cooked food, among other beneficial hygiene practices.

Nowadays, every visitor to Kesuer Village of Huangyuan County, Qinghai Province would marvel at how clean the environment is.

Ma Shengzhong, the village head, said his village used to be very dirty and messy – typical of many rural villages across China.

“Villagers used to dump garbage anywhere. Now we have a garbage cart to collect and dispose of garbage. We mobilized the whole village to clean inside and outside their houses on a regular basis.” he said. “It was like giving a big facelift to our village.”

“Now I don’t just take care of myself. I set an example for my family so that the younger generation is more aware of their health,” said Han, who has four grandchildren. 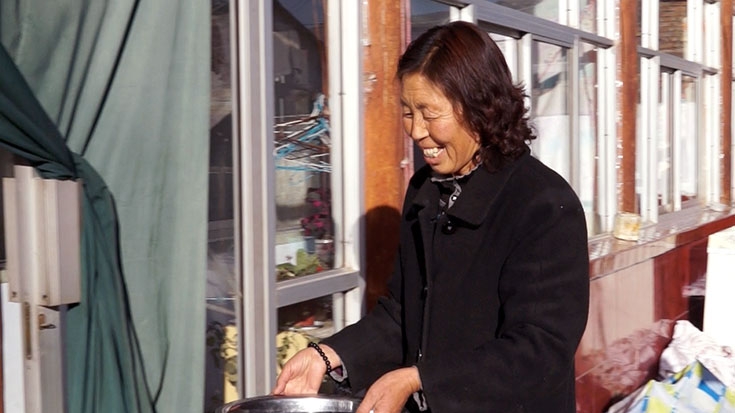 Welcome to the Healthy Villages of China