Combating the Risks of Gender-based Violence 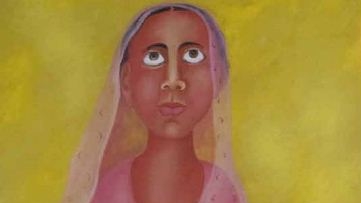 Sexual and gender-based violence (SGBV) is the most prevalent form of gender inequality.

Violence threatens the lives, health, safety and freedom of women and their families around the world. According to the World Health Organization, at least 35 percent of the world’s women have experienced some form of gender-based violence, and many men have been victims as well. Because the phenomenon is widely recognized as a development constraint, the World Bank has become increasingly involved in policy discussions on the means for addressing it. Alys Willman, a World Bank social development specialist, cautions that “a project has the potential to do more harm than good if the issue of sexual and gender-based violence is not taken into consideration in its design.”

Willman is one of two authors of a report recently published, Sexual and Gender-Based Violence: What is the World Bank Doing, and What Have We Learned? The report comprises a survey of the World Bank’s work on the issue of sexual and gender-based violence. It summarizes lessons that have been learned and it will serve as a guide for addressing this development challenge more strategically in future.

Of particular concern to the World Bank is the possibility that gender-based violence might occur as an unintended consequence of economic development. One dilemma highlighted in the report is that women can become the target of violence when there is the perception that their increased economic freedom somehow threatens the status of men; however, they can also become the target when men are given the opportunity to earn higher incomes. The World Bank has addressed both eventualities.

" Ending violence against women means promoting and protecting their rights and ending the discrimination they face in all aspects of their lives. "

Papua New Guinea is rich in natural resources, including gold, oil, gas, copper, silver and timber. When the country begins exporting liquefied natural gas in 2014, its gross domestic product could potentially double and its export revenues grow threefold. The country’s rapid economic growth over the last few decades, however, has exacerbated the problem of sexual and gender-based violence.

Several factors associated with large-scale investments in energy and extractives can increase the risks women face in the form of violence and trafficking. The World Bank investigated the risks that mining posed to the women of Papua New Guinea in a series of conferences in 2010. Mining in isolated rural parts of the country resulted in migration, the loss of land, dislocations in traditional culture and changed dynamics in the family. From the standpoint of women, however, the threat of domestic violence was their most pressing concern, because when miners spent their earnings on alcohol and prostitutes or took second wives, the threat of sexual and gender-based violence increased.

To mitigate these threats, greater attention was paid to women’s role in the mining industry with the aim of encouraging them to take part in negotiations between their communities and investors over specific projects. A number of national and international organizations are working to improve services to survivors of sexual and gender-based violence in the country. In remote communities, however, it is the mining companies themselves that often proved to be the most reliable providers of services to women, in some cases assigning employees a liaison role with women’s associations.

A four-year $2.25 million project about to begin will attempt to address the challenges the women of Papua New Guinea face, through education, business development training and advocacy to strengthen women’s roles in their households and communities. It will also lend support to women’s groups so that they will be more effective in negotiations with mining companies, the government and their communities.

Men will be important partners in the project activities, particularly in connection with gender-based violence training. Including men will help win support from local community leaders and prevent tensions that the selection of project beneficiaries might provoke.

On another continent and in far different setting, a World Bank-financed study demonstrated the importance of incorporating a mechanism to prevent violence against women in projects that enable them to earn incomes. Higher earning potential can strengthen women’s bargaining power both in their close relationships and in society, to the point where they have the means to extricate themselves from an abusive relationship, or avoid one altogether. Contributing to the household budget might also give a woman greater self-esteem. Nevertheless, a woman’s earnings might represent a threat to her spouse’s role as “provider” and provoke a violent reaction.

Violence against women and girls in Côte d’Ivoire is a longstanding problem. In 2007 the World Bank awarded a grant to the International Rescue Committee to introduce a Village Savings and Loan Association program. These associations provide simple savings and loan facilities to communities with no access to formal financial services. Joining an association is voluntary, and both men and women can join one. The members pool their savings in exchange for shares in a loan fund, and for a modest fee, they can then borrow from the fund.

The project included a second component aimed at preventing sexual and gender-based violence, in the form of Gender Dialogue Groups. As part of the dialogue, participants were encouraged to reflect on the characteristics of a successful household. An impact evaluation showed that with the addition of this second component, there were fewer incidents of violence against women. The women who participated enjoyed not only greater financial autonomy, but also greater respect, and decisions in their households were reached in a more equitable way.

Ending violence against women means promoting and protecting their rights and ending the discrimination they face in all aspects of their lives. Doing so will require a concerted effort, Alys Willman cautions, because “it means challenging the norms and practices that put people at risk of violence.” Contributing to an environment where violence is not acceptable is the real test of doing no harm.