Putting the Citizen at the Heart of ‘Hakama’ 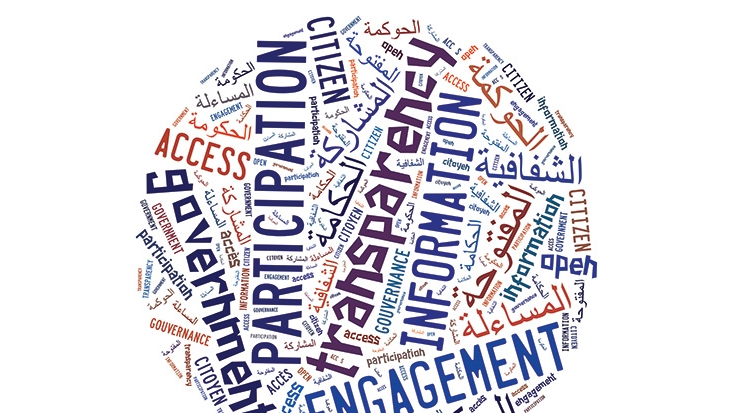 As Lao Tse, an ancient Chinese philosopher warned, if one does not change direction one might end up where one is heading. The Middle East and North Africa (MENA) region has begun the difficult process of changing direction, pushed by citizens demanding a greater role in determining their future. The region’s ultimate destination is still far from certain but ongoing reforms to ‘hakama,’ the Arabic for ‘governance,’ will be critical for setting the new course.

The winds of change from the Arab Spring also blew all the way to Washington, where the World Bank Group recognized the critical importance of open and inclusive governance in meeting popular demands and achieving the goals of poverty reduction and shared prosperity. By making governance a core pillar of a new engagement framework, the Bank has actively supported the current transitions and policy reforms aimed at increasing transparency, accountability, and citizen engagement.

Weak governance, in MENA countries, has undermined the effectiveness of sometimes well intended public policies and reforms. Partly for this reason, massive state intervention and public investments across the region did not yield the expected socio-economic outcomes. The region’s shortcomings in the overall governance framework exposed key public institutions and services to capture and corruption. This has undermined de-jure rules, in favor of de-facto rules, which are based on connections and privileges.

However, the current transitions offer a unique opportunity to put in place the structural changes and policies needed to foster a more open and inclusive governance centered on the citizen, and in which she/he can play a vital role. Countries such as Morocco, Tunisia, and Yemen have all launched reforms to improve their governance framework through greater checks and balances and rule-based institutions. Morocco introduced key reforms to its constitution, Tunisia held its first free and fair elections, and Yemen adopted a high level law on freedom of information.

Yet governance reform does not happen overnight. It is a formidable task, requiring both citizens and governments to adapt to and act upon a whole new set of rights and responsibilities. It is not enough to draft new laws and policies, they need to be implemented. In order to support the current transitions and policy reforms, the World Bank has launched a series of innovative programs and drawn on multiple resources to help the region meet the challenge.

The Transparency and Accountability Development Policy Loan (DPL), or HAKAMA, approved by the Bank Board of Directors on October 29, 2013, supports new policies in Morocco that sets the foundations for a more open mode of governance. This includes policies that promote fiscal transparency, access to information, and government public consultations and civic petitions. These policies aim to give citizens the instruments to exercise their new rights and play an active role in policy making. Likewise, the program supports the adoption of programmatic performance budgeting in order to give the parliament and citizens the means to hold the government accountable for the allocation and use of public resources. This structural reform aims also to improve internal accountability within the administration along the service delivery chain. The MENA Transition Fund has devoted critical resources to support the actual implementation of these reforms, through knowledge transfer, capacity building, and training.

In Tunisia, the Bank actively supports open governance reforms aimed at breaking with past traditions of secrecy and discretion, both through DPLs and technical assistance. This program is notably supporting the legislative, institutional, and operational dimensions of access to information. The Tunisia experience has clearly shown that changing the legal framework without changing institutions and providing inadequate training, will not guarantee success. Structural reforms require a comprehensive and long term engagement, leveraging both the efforts of civil society and other development partners. The first project financed by the Global Partnership for Social Accountability (GPSA) is precisely aimed at strengthening the demand side. It is focused on developing the capacities of civil society groups, to enhance the interaction with government and foster greater social accountability. This positive experience can hopefully be replicated in Morocco, which just joined the GPSA.

A new direction has been set, and the Bank is deploying the full range of its resources and expertise to help the region avoid returning to where it was once headed.