Georgia, Malaysia, and eight high-income economies are among the 10 most business-friendly places on the globe. But the gap between the developed and developing worlds is narrowing as countries such as Rwanda, Philippines, and the Russian Federation improve regulations to foster entrepreneurship and trade.

The 2014 Doing Business Report – an annual survey of the ease of doing business around the world – finds an uptick in the pace of business regulation reform in the past year, with 114 economies enacting 238 reforms, vs. 108 economies and 201 reforms in 2011-12.

“This year, we see a higher number of reforms – 18% more – the second-highest number since the financial crisis,” said Rita Ramalho, program manager for Doing Business at the World Bank Group.

“This pick-up in pace of regulatory reform is good news particularly for small and medium-size businesses – the main job creators in many parts of the world.”

The increase is part of a decade-long trend in which countries are shortening the amount of time it takes to start a business and streamlining the process of exporting or importing goods, to name two examples of reform.

Since 2009, 92% of countries in the region have improved their process for starting a business – a higher share than any other region, says the World Bank-IFC survey, published since 2003. Europe and Central Asia has overtaken East Asia and the Pacific over time as the second most business-friendly after the OECD economies.

In Africa, 66% of countries enacted at least one reform last year, vs. 33% in 2005.  Nine African countries are among the top 20 most improved in terms of business regulations since 2009: Benin, Burundi, Cote d’Ivoire, Ghana, Guinea-Bissau, Liberia, Rwanda, Sierra Leone, and Togo.

“Countries want to be more competitive and to be prepared for when their markets are more open to international trade,” said Ramalho.

They also want businesses to be able to survive competition from foreign firms, she added.

The overall rankings sometimes mask major gains in countries that are reforming amid challenges, such as conflict or widespread poverty. To provide a fuller picture, the survey’s “Distance to the Frontier” indicator measures an economy’s own progress in reforming business regulations and practices over time.

In this year’s survey, 80% of economies had a better score on this front, but only a third went up in the overall ranking, said Ramalho.

Five of this year’s most-improved economies — Burundi, Côte d’Ivoire, Djibouti, the Philippines, and Ukraine — are still in the bottom half of the global ranking on the ease of doing business.

Yet big improvements have been made globally in reducing the amount of time it takes to start a business. In 2005, the figure was 113 days for the bottom 25% of economies, and 29 days for the rest – a gap of 85 days. The 2014 report finds that gap has narrowed to 33 days. 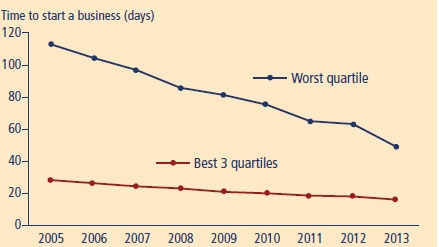 “The economies with the most costly and complex regulatory procedures and the weakest legal institutions are gradually adopting some of the regulatory practices seen in the better performers, and this is leading to a process of catching up across many of the dimensions captured by the Doing Business indicators,” he said.

Countries that have improved the most since 2005 include China in East Asia and the Pacific, Colombia in Latin America and the Caribbean, Rwanda in Sub-Saharan Africa, and Poland in the OECD high-income economies.

Ramalho says these “regional champions” and other economies that have made impressive strides tend to have well-functioning governments, well-designed institutions, and the ability to coordinate efforts to improve the business climate.

“A broad, sustained approach to managing business regulation is key to sustained reforms and common among the 20 economies that moved closer to the “frontier” over the past five years,” she said.

The report also finds a relationship between the degree of black market or “informal” business activity and the Doing Business ranking – the worse the score, the higher the degree of informality.

Good performers on Doing Business indicators are likely to be more inclusive.  Countries with the fewest legal restrictions on women tend to do better in the rankings, the report says. 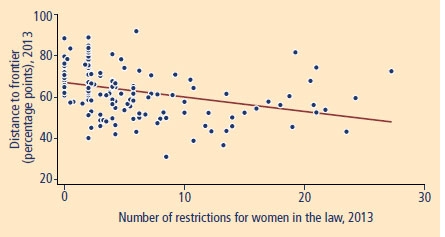 Doing Business should be seen as a tool to inform economies where some of the bottlenecks are – the report does not measure such things as labor skills and many other types of infrastructure, said Ramalho.

“The right regulations can only get you so far. I think our clients understand that.” 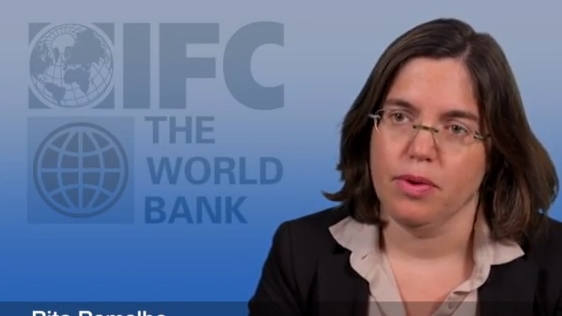