Consider this. Most Adivasi women in India say they do not deliver their babies in health centers because “they don’t think it’s necessary.” Health providers can blame this on ignorance but the women may well be making a choice. They simply refuse to go to a health facility where they are treated badly and their customs are disrespected. That is what the qualitative evidence says.

Some people – because of personal or group characteristics, such as social status, ethnicity, disability, or sexual orientation – are mistreated, insulted, and disrespected. These people may either avoid situations that expose them to mistreatment, they may submit to their “fate”, or they may protest against it.  All these responses are cries for inclusion.

“For me, being poor means we are nobody. We are not even considered to be human,” a Brazilian woman told researchers in Voices of the Poor. “We go to the hospital, face a huge line, and when the doctor finally does see us, he won't look us in the face.”

Looking at development through a lens of inclusion can help us realize that, for example, the needless deaths of indigenous women during childbirth are a symptom of their lack of access to lands, forests, and voice in their communities.

The new World Bank Group report Inclusion Matters: The Foundation for Shared Prosperity takes a fresh look at social inclusion, from a comprehensive review of theoretical concepts, to recent demographic, social, and economic trends that shape the new need for inclusion, to a worldwide review of programs and policies to promote social inclusion.

" It is time to speak about these insidious threats to ability, opportunity and dignity and – most importantly – to take action. "

For the first time, a major World Bank report addresses the exclusion faced not only by women and ethnic minorities, but also talks of the exclusion of other groups, such as migrants and homosexuals, and it does so with empirical and conceptual rigor.

“At the World Bank Group, we have realized that confronting the need for social inclusion will prove vital if we are to meet our goal of building shared prosperity for all people,” World Bank Group President Jim Yong Kim writes in a foreword to the report. “While great strides have been made in reducing extreme poverty, in country after country, groups remain excluded from development gains. A rising tide does not necessarily lift all boats.”

Social inclusion – why does it matter?

The world is in the throes of massive social transformations, spurred by waves of migrations, urbanization, climate change, shifts in technology, aging society in some places and youth bulges in others. All these transformations provide opportunities for social inclusion – or exclusion, if nothing is done to prevent it.

Social inclusion matters for itself, but it also matters because it is the foundation for shared prosperity, one of the World Bank Group’s goals. Social exclusion is simply too costly. “There are substantial costs – social, political, and economic – to not addressing the exclusion of entire groups of people,” the authors write in the report.

“It’s not enough to accept that some groups are over-represented among the poor, the uneducated, or the malnourished,” said Maitreyi Bordia Das, the lead author of the report. “It’s important to understand why – to uncover the reasons behind exclusion. And there are many creative ways of doing that.”

What you feel matters and it’s measurable

The report pays attention to feelings and perceptions, which are often neglected by development practitioners. It uses perception surveys to indicate trends. The World Values Surveys, for instance, show that attitudes towards migrants are becoming more negative in many countries. This in turn is correlated with the number of migrants in that country.

The importance of Inclusion Matters is in its optimistic message – that change happens and that it can be influenced. The World Bank Group is committed to influencing that change through our projects, the sharing of knowledge and the dialogue with our partners. Cyprian Fisiy, director of social development for the World Bank, said of the report, “if we as a development institution want to deliver the best results, we need to deal with issues like stigma and stereotyping through our projects and programs. It is time to speak about these insidious threats to ability, opportunity and dignity and – most importantly – to take action.” 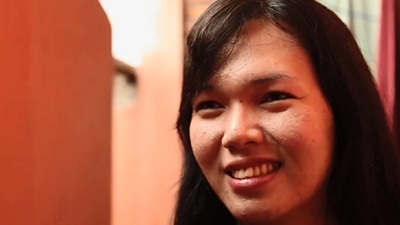