Mali: “Tree of Hope” Provides Emergency Aid to the Needy 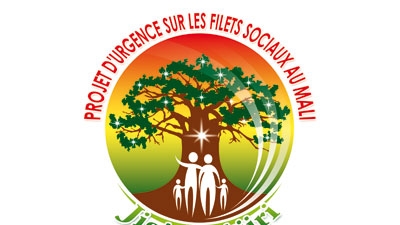 Bamako, September 9, 2013 – An emergency social safety net program known as “Jigiséméjiri” (“Tree of Hope” in the Bambara language) will provide 62,000 households in Mali with a monthly cash transfer of 10,000 CFA francs (approximately US$20) for three consecutive years.

Financed by a US$70 million grant from the International Development Association (IDA), the World Bank’s fund for the poorest, Jigiséméjiri will provide critical financial assistance to the poorest households as Mali begins to recover from a serious political and security crisis.

“Now that Mali has a new government at the helm and has embarked on the reconstruction process, the Tree of Hope project will help ensure that the most vulnerable families have enough resources to survive while the country rebuilds the economy,” said Ousmane Diagana, World Bank country director for Mali. “The crisis created new challenges in both northern and southern Mali. Against this backdrop, we gave priority to supporting Mali through programs that facilitate access to basic services for the most affected population groups.”

With an estimated poverty rate of 40 percent, the majority of the Malian people continue to live in precarious conditions. The 2011 drought and the region’s political instability in 2012 significantly worsened food insecurity, and the prevalence of child malnutrition could have dire long-term consequences for an entire generation. According to 2012 data, in the southern provinces alone, some 240,000 children aged six months to five years (approximately 10 percent of this age group) are suffering from severe malnutrition.

Building a social safety net for all?

The Tree of Hope program initially targets vulnerable households in southern Mali, which has had to contend with an influx of refugees from the northern part of the country. “Once the situation stabilizes in northern Mali [the epicenter of the 2012-2013 crisis], the project can be scaled up to cover more of the country, with additional funding from the government and development partners,” notes Ousmane Diagana. Southern Mali consists of the Sikasso (South), Ségou and Mopti (Center), and Koulikoro and Kayes (West) regions, as well as the Bamako district.

To facilitate implementation of the project, tools such as a beneficiary identification system, a registry, a payment system and follow-up procedures will be put in place. Jigiséméjiri aims to lay the groundwork for a national social safety net system that will conform to the government’s National Action Plan to Expand Social Protection (PAN/EPS by its French initials).

“Although set up to address an emergency situation, this social safety net will support the government’s long-term poverty reduction strategy by helping vulnerable households that are in urgent need of assistance, while also laying the foundation for a national social protection system that will be better prepared for future emergencies,” said Philippe Auffret, World Bank task team leader. “Social safety nets are a powerful and affordable way to achieve rapid, historic gains against poverty in sub-Saharan Africa, as we have already seen in other countries in the region such as Rwanda, Niger, Ghana, and Tanzania,” he added.

The project’s logo beautifully illustrates the government’s ambition for social protection: On the central image of a baobab, a tree known for its exceptionally long life, stars shine the light of hope on the figures in the foreground, two adults and two children. The tree of hope is a sturdy shelter…