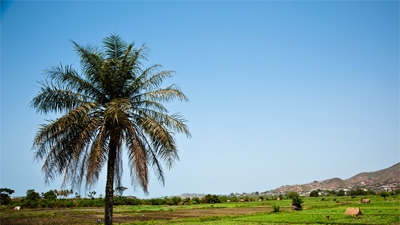 WASHINGTON, August 27, 2013 – The Government of Sierra Leone is expanding its Growth Pole Program to take advantage of the country’s recent growth to end extreme poverty and boost shared prosperity.

Building on information outlined in the Sierra Leone Growth Pole Diagnostic, a recently-released World Bank report, the government plans to leverage the country’s existing opportunities in mining, agriculture and tourism to create jobs in impoverished communities across the country.

“This initiative is coming at the right time as it offers to fulfill the goal of shared prosperity, which the Government of Sierra Leone has in common with the World Bank Group,” said Francis Ato Brown, World Bank country manager for Sierra Leone. “Just about the same time, World Bank Group President Jim Yong Kim has announced important steps towards creating incentives for high-reward operations that have potentially transformational results, so the Sierra Leone Growth Poles Program is coming in handy in this regard.”

Sierra Leone achieved a gross domestic product growth of 15.2% in 2012, faster than any other economy in Sub-Saharan Africa for that year. Exports from mining, especially from iron ore, contributed to this weighty increase.

With this substantial growth, the government is also challenged to make decisions in how to expand prosperity in a way that ends extreme poverty.  The Growth Pole Diagnostic is an analytic and advisory tool that helps to inform government choices. The options in the report include using the increased revenue from growth to provide a combination of hard and soft infrastructure that benefit the poor and address their opportunities and challenges, and build strong and resilient public delivery systems, be deals-oriented for shared facilities, encourage catalytic interventions and develop social capital.

The analysis also provides a framework for a World Bank Group intervention, including a plan to help the Sierra Leone government implement the selected choices. The innovative format of the diagnostic allows for a participatory multi-stakeholders process to take place, and it is already proving usefl to the country in presenting options for addressing the challenges and opportunities for job creation and stimulation of local markets.

The Africa Competitiveness Report 2013 also devoted a section on how the World Bank Group support for the stimulation of growth poles in mining boom led economies of low income countries and fragile states can help to raise competitiveness and deepen regional integration.